On 7 September 2021, the government announced reforms to the social care system in order to provide more support to people with fewer financial resources. A recent announcement on 17 November 2021 casts doubt on whether these reforms will be worth the costs borne by younger generations. John Hobby, IF researcher, investigates whether this is good news or bad news in terms of intergenerational fairness. 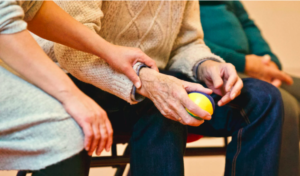 Under the new system, starting in October 2023, the asset threshold for receiving full state support for care costs will be increased to £20,000 and means-tested state support will be extended to those with assets between £20,000-£100,000.

A universal lifetime care cap of £86,000 will also be introduced, meaning any future social care will be fully subsidised once that threshold is reached. This cap was supposedly introduced in order to prevent poorer pensioners from selling their homes to pay for their social care.

An update was published on 17 November 2021 reducing the impact of the cap on people with fewer financial assets. The clarification states that “only the amount that the individual contributes towards these costs will count towards the cap on care costs”, meaning that any state funding received by pensioners with under £100,000 in assets will not count towards the £86,000 lifetime cap.

This goes directly against the recommendations set out by Andrew Dilnot, the architect of the cap, who argued it would be unfair on poorer pensioners if state contributions were not counted. Rather than paying less in total, poorer pensioners will now simply pay more slowly than their wealthier peers. The change almost completely cancels out the impact of the means-testing reform, which was supposed to ensure that pensioners with fewer assets received subsidised care.

A tale of two cities

To illustrate the effect of the change, IF has calculated asset depletion as a percentage of total assets for different levels of income in the event of “catastrophic care costs”. We assume the same costs across income levels: 8 years living in a residential care home at a cost of £700 per week.

We calculate that the owner of a small terraced house in Morecambe, with roughly £100,000 in assets when going into care, will experience a depletion in assets of 68.6%, as opposed to 29.5% if the state contributions counted towards the cap.

By comparison, the owner of a similar property in Oxford, with roughly £400,000 in assets when going into care, will see their assets depreciate by only 21.5%. This threefold difference in asset depreciation shows how much pensioners with under £100,000 stand to lose out when government contributions are not counted towards the cap.

In light of this, the policy fails to account for the extreme geographical skew in the UK housing market and may ultimately lead to people in areas with lower house prices having far less to pass on to their children. For a government so vocal about its desire to ‘level up’ the North of England, the apparent prioritisation of Southern homeowners is telling. This move is likely to entrench wealth inequality at both the national and regional level, making the prospect of homeownership even more distant for young people on low incomes.

These changes to the Plan for Health and Social Care will protect the assets and subsidise the care of the very wealthiest pensioners at the expense of poorer pensioners and young people.

How does this affect young people?

Young people and low earners are paying for this social care bill reform, which will be financed through the Health and Social Care Levy, a 1.25 point increase to employee National Insurance Contributions, which workers over 65 contribute significantly less to than their younger counterparts.

IF has long campaigned for workers over the state pension age to pay NICs in order to contribute for their own generation’s increasing health and social care costs. We believe this is a more intergenerationally fair way of dividing the costs of an ageing population than passing the bill down the generations for younger and future generations to pay.

While the Social Care Levy will mean over-65s will pay NICs of 1.25%, they are still effectively receiving 12% higher wages compared to their younger colleagues.

However, it is not simply about how much the young pay in taxation. The Intergenerational contract should ensure that young people are provided with sufficient opportunity to build the necessary skills to succeed in life. That means governments investing in education.

Previous IF research has shown that government spending is heavily skewed in favour of older citizens, with departments continuing to provide universal benefits for older generations while spending per child has been slashed since 2010. Young people also face excessive levels of student debt for attending higher education institutions and an increasingly unpredictable and precarious labour market once they leave education. Young people and low earners are paying for this social care reform and receiving very little in return.

Burden borne by the young

As the fine details of social care reform emerge, it is becoming increasingly clear that the fiscal burden is to be borne by low earning young people and pensioners with under £100,000 in assets.

This simultaneously violates the intergenerational contract, by making younger and future generations pay to protect asset-rich pensioners, as well as the fundamental principle of the welfare state, that progressive taxation should pay for the provision of public goods to all citizens.

Photo by Matthias Zomer on Pexels