Intergenerational Foundation Co-Founder, Angus Hanton, assesses the agreement between national leaders concerning forest protection and recovery at COP26 on Tuesday last week. Will their agreement be enough to protect “the lungs of the Earth”? What more can and should be done to protect forests and rainforests for the sake of young people and future generations? 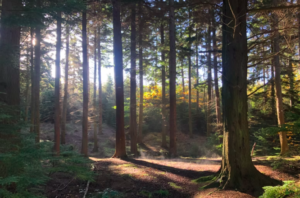 At COP-26 in Glasgow on Tuesday, 114 national leaders agreed to protect the forests in their countries. That could be quite a big deal for future generations. Those 114  leaders’ nations cover 85% of the world’s forests, which absorb a third of all the carbon released each year.

Included are countries with some of the biggest areas of forested land – Canada, Russia and China (the world’s biggest three countries by surface area), as well as Brazil, Colombia, Indonesia and the Democratic Republic of Congo. It seems like good news, but is the commitment enough?

Arguably it’s not, for several reasons: firstly, the promise is only to reverse forest loss and land degradation by 2030. That hardly seems consistent with the COP-26 stated claim to be “shifting from ambition to immediate action.” 2030 is not immediate, and why not start now?

It’s a great idea but it’s still only ambition, or as Greta Thunberg demands, “no more blah blah blah“. Younger generations may get angry at the delays while forests continue to be cleared in some countries for several years.

Secondly,  the nature of this problem is that the 8 year gap between now and then may be seen by some loggers as a “last chance saloon” for cutting, and the chainsaws may, in some areas, be cutting the trees even more ferociously. If they know a window to profit is closing they will want to profit for as long as possible.

And finally, it doesn’t cover the restoration of the forest areas recently lost – surely COP-26 needs to be reinstating these areas and launching massive tree-planting projects.

Perhaps what’s also needed is a change in forest management systems. The world’s leaders could totally abandon “clear fell” management policies, also referred to by the Americans as “clear cut”. The current policy of managing forests as if they were just longer-term versions of corn fields creates devastation once every generation or so.

Instead of cutting the whole lot once every 30-40 years, they could be managed using “continuous cover forestry” management which would help protect the interests of younger and future generations. For example the German or French method of “continuous cover” allows occasional trees to be taken for commercial use and the forest remains intact indefinitely.

This is surely a better solution for wildlife and also takes away the temptation to convert the clear-felled land into agricultural land.

Another concern is that notoriously these targets are often not met – 2030 is a convenient length of time – long enough to seem quite soon but far enough away that most of the current leaders will have moved on. But a particular cause for concern is the commercial and lobbying power of the timber industry in some of the countries with the largest forests.

So, for example, Russia’s logging seems currently to be unchecked and Canada has a poor record in protecting what they call “old growth” which has fixed a lot of carbon over many centuries but is also important for diverse wildlife.

The reality is that this announcement could be a huge step forward even if it’s not as radical as many younger people want. Future generations may see this as a turning point in the battle to save historically important habitats and to start raising the total stock of growing timber. Let’s hope so!

Photo by Steve Payne on Unsplash