The government announced a rise in the National Living Wage this week, presenting it as a win for lower-paid working people. Lizzie Simpson, IF Researcher, discusses the details of this rise in the context of inflation and rising costs of living, and questions the merit of the UK’s age-based minimum wage system. 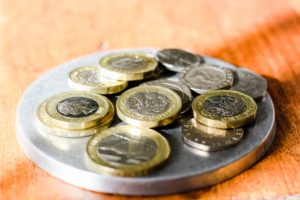 Changes to the minimum wage

This table shows the increases to minimum wage for different ages from 1 April 2022:

It has long been acknowledged that there is a gap between the legal minimum wage, and the actual minimum wage needed to obtain a decent standard of living. This disparity has been highlighted by the Living Wage Foundation, who calculate the true living wage yearly based on evidence of living standards in London and the UK.

For the first time ever, the new rates announced in the Budget match the Living Wage Foundation’s calculations for this year. However, they will not be implemented until next April, by which time the true living wage is likely to be higher than the government’s rates.

Another key Budget announcement was that inflation is predicted to rise to around 4% next year. indicating that households will see an increase in the cost of essentials. When combined with the scheduled 1.25% point rise in National Insurance, as well as the freezing of tax thresholds, it is clear that any gains from the increase to the National Living Wage are likely to be cancelled out by high inflation and these changes to the tax system.

While this change is an improvement, it is still not enough to compensate for the £20 cut to Universal Credit which was implemented in October 2021 to help low-income households to cope during the pandemic lockdowns. Additionally, while this change will benefit workers, it will have no impact on the many people claiming Universal Credit who do not work or who are unable to work, and will be feeling the loss of the £20 uplift most acutely.

For a single person under the age of 25, the monthly standard allowance has been cut from £344 to £257.33 – a decrease of more than 25%. For single people over the age of 25, it was cut from £411.51 to £324.84 – a decrease of 21%. Even when accounting for the changes to the taper rate, younger people will still be receiving significantly less financial support than before

What is the reasoning behind paying younger people less?

The government’s Low Pay Commission states that their aim for using a lower minimum wage for younger people is to “push pay as high as possible without harming their employment prospects”. The rationale behind paying younger people less is that they often have fewer qualifications and less work experience, so employers may be reluctant to hire them. Giving young people a lower minimum wage, it is argued, creates a financial incentive for employees to hire younger people, ensuring that they are not excluded from the labour market.

The Low Pay Commission also highlights that longer periods of unemployment as a young person can have a “scarring” effect on their wages for the rest of their career, so it is necessary to implement policies which encourage hiring younger people.

While this may sound convincing, it is worth highlighting that the UK is one of the exceptions, not the rule, when it comes to countries setting age-based minimum wages. The majority of European countries begin paying the full rate of minimum wage from age 18 onwards, while in the US, employers only have the option to pay workers under the age of 20 a lower rate for the first few months of their employment.

If these other countries are able to pay younger people the same rate as everyone else, why can’t the UK?

It is also important to question why young people are being paid less given the rising cost of living. Some people may make the assumption that younger people have lower living costs due to living with their parents or receiving financial assistance from the “Bank of Mum and Dad”. However, in many cases this is not the reality. In 2020, 2.1 million young people between the ages of 16 and 25 were not living with their parents.

Young people face many of the same financial challenges that older people do as the prices of essentials contributing to the cost of living – such as housing, bills and food – are the same for all ages. In addition, younger people are generally more likely to be renting, with rent costs often being higher than mortgage costs.

It is no surprise then, that IF’s research has found young people are spending the highest proportion of their income on “essential” goods and services of any age group, with under-35s spending 63% – almost two-thirds of their income – on essentials.

The Living Wage should be available to people of all ages

Young people have been suffering from wage stagnation for years and have disproportionately suffered from unemployment during the COVID-19 pandemic. Young working people contribute just as much to the workplace as their older counterparts, and often have equivalent or even higher costs of living than older people. It therefore makes no sense that they continue to be paid less and receive less in benefits, such as Universal Credit.

We recommend that all workers should be eligible for the National Living Wage regardless of age. The point of a living wage is to ensure all workers have a decent standard of living – why should younger people be excluded?

Photo by Sarah Agnew on Unsplash