Robert Ashton looks at how National Insurance could be changed for the better, raising more money to pay for social care without penalising younger generations, many of whom are already paying a greater part of their incomes than previous generations on high rents and student loan repayments. How can we make National Insurance work better for everyone? 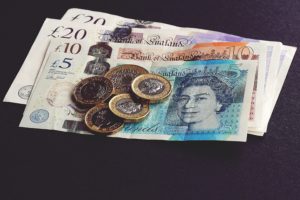 When I was 65 and still working I found it anomalous that I was paying some 12% less tax than my younger colleagues, many of whom had greater obligations than myself in terms of a mortgage and children. That anomaly arose solely because those over the state retirement age do not pay National Insurance. This struck me as being grossly unfair.

NICs (National Insurance Contributions) were originally intended to pay for pensions and the NHS. In reality they do neither and contributions paid and benefits received bear little relation to each other for any individual contributor. In effect National Insurance is a tax on earned income.

It is another anomaly that National Insurance is not paid on unearned income such as dividends and income from rented properties (unless run as a business). The result is that for those with earned income in reality the basic rate of tax is 32% (20% income tax plus 12% NICs), while for those with unearned income and those over the state retirement age it is 20%. How is that fair?

Not only is National Insurance a tax on employment, it is a burden on employers, there being two “taxes” to deduct from the wages of their employees but which commence at different levels and apply at different rates. National Insurance is also regressive in that on income over £50,000 it reduces from 12 to 2%. There are also different rates for the self-employed, which has generated much scope for tax avoidance.

The way to remove these anomalies is to combine income tax and employees’ National Insurance Contributions into a single tax which would apply to all income whatever its source and regardless of the age of the recipient.

As a result of the extra tax revenues that would be generated it would be possible for the new combined basic rate of tax to be lower than 32% (ie the present level of 20% plus 12% NICs). This would also be more honest in that it would show that the present basic rate of tax is 32% and not 20% as successive governments of various political complexions have claimed.

The suggested reduction in the combined rate of tax would result in greater intergenerational fairness in that the younger generation would pay less tax overall. It would also be fairer because the same rate of tax would be applied regardless of its source, i.e. earned or unearned, employed or self-employed. But what about pensioners who would pay more in tax?

Those who have only the basic state pension would pay no more tax than at present, indeed it is suggested that the state pension should be linked to the tax free personal allowance (currently £12,750pa). Those who have a greater income would pay tax at the new combined rate but only at the same rate as those below retirement age.

A pensioner with a combined income of £20,000 would pay the same tax as a person below the retirement age with the same income. A significant proportion of pensioners are now very wealthy and it is only fair that they should pay tax at the same rate as those below retirement age, many of whom will have a lower income.

There are now fewer pensioners living in low-income and material deprivation households than any other age bracket, with only 8% of pensioners officially living below the poverty line compared to 12% of children and 19% of the working age population. More people in full time work than ever earn less than the average pensioner’s income. Pensioners also enjoy considerable other benefits such as free bus passes, reduced rail fares, the winter fuel allowance and the Christmas bonus (remember that?).

A major step for intergenerational fairness

These proposals would release the additional funds required to pay for social care. They would also be a major step towards greater intergenerational fairness and ensure that tax on income is paid at the same rate regardless of its source or the age of its recipient.

Those of us who believe in fairness for all should strongly consider supporting these reforms to our tax system.

Photo by Suzy Halewood on Pexels