Conceptions are falling in England and Wales. Liz Emerson, IF Co-founder, looks at the latest figures released by the Office for National Statistics (ONS) 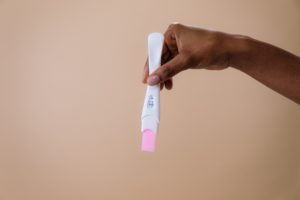 Conception rates change by age. For example, the rate of conception for under-18s has been falling since 2007 and continued to fall in 2019, but the number of under-16s’ conceptions has increased for the first time in 11 years. According to the magazine Nature, “evidence that has accumulated over several decades shows that when family-planning programmes are in place, women have between 5% and 35% fewer children and space their pregnancies further apart.” Is the UK’s increase in teenage pregnancy a response to a reduction in birth control education for teenagers during a period of austerity?

Meanwhile, for the fourth consecutive year, those aged 40 years and over were the only age group to see an increase in conception rates. The decision to conceive is sometimes called a “forward looking decision” made by parents-to-be who anticipate, incorporate and respond to potential changes – both positive and negative – they foresee in their lives. These can include: concerns over loss of work, concerns over loss of potential promotion; concerns over loss of position in organisations’ hierarchies; concerns over the ability to meet living costs through loss of income; and concerns over unstable living arrangements – such as being tenants and having to move frequently, or being unable to afford a home to their own in which to bring up their children.

Is the birth rate a smart predictor of economic downturns?

The NBER findings followed the examination of conception trends across 109 million births that took place in the U.S. between 1989 and 2016, and compared the changes to business cycles. They found that a falling conception rate in the U.S. has consistently preceded economic downturns over the last three decades.

While it would be convenient to blame the fall in conception rates on COVID-19, the ONS statistics are for 2018-19, which is a year before the pandemic struck. However, according to the Brookings Institution in the US, as many as 500,000 fewer births will take place in 2021 – a 13% fall from the 3.8 million babies born in 2019, thanks to the pandemic. It seems that US citizens are choosing not to conceive during the pandemic, which will have consequences in decades to come.

United Nations estimates suggest that there were nearly 500,000 centenarians in 2015 worldwide, which is four times as many as in 1990. It anticipates that there will be 3.7 million centenarians across the globe in 2050, that is if vaccines prove to rid the world of COVID-19.

The number of centenarians in a society is linked to societal wealth. The more a country can invest in health, education and welfare, the more likely people are to live longer, hence the increased trend in wealthier economies.

In order for social welfare systems to function, such as with the UK’s state pension system, a similar number of people are needed to contribute payments in to the system at the bottom, in order to cover the cost of paying out pensions to people at the top of the system.

Sharp reductions in conception rates and therefore births are therefore likely to place much more stress and additional pressure on welfare systems by increasing the old age dependency ratio.

Photo by cottonbro on Pexels