In this contribution to IF’s worldwide blog week, Jörg Tremmel, Co-founder of Germany’s Foundation for the Rights of Future Generations, looks at a post-corona-Germany in three decisive policy fields: public health, public debt and the climate crisis. 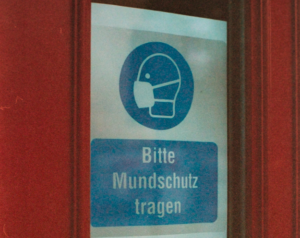 SARS-CoV-2 has changed fundamentally the level of acceptance for rigid public health measures in Germany (as in other countries). Two years ago it seemed impossible that being vaccinated (or tested) would be a requirement in order to enter an airplane, a concert hall or a football stadium. Wearing masks in public was common in some Asian countries but not in Europe. Today being vaccinated and wearing masks are the “new normal”.

As argued in the FRFG’s position paper, if one medical technique must be singled out for its importance for the wellbeing of future generations, it is vaccination. The SARS-CoV-2 pandemic has led to an unprecedented effort by the global community to develop and distribute vaccines against this virus in 2020.

Moreover, this led to a breakthrough of the mRNA technology – this is an important collateral benefit for vaccine research in general. It is worth noting that before corona, the main problem was not the supply of vaccines, but the demand. This has changed now and this change in the mindset of people will benefit succeeding generations in the long run.

Bad enough, SARS-CoV-2 caused 90,000 deaths since spring 2020 in Germany, but the number of annual flu deaths averaged around 10,000 per year in the last decades. In the flu season 2020/2021, only 519 cases of influenza had been reported to the Robert Koch Institute by April 2021. In the previous year, more than 184,000 cases had been reported by this date. At the beginning of this winter’s flu season, a 165% increase in jabs against flu was recorded in Germany compared to the same period last year.

There is a good chance that the strict anti-corona measures (social distancing, masks, test and especially vaccinations) will have a windfall profit for the German population with regard to all respiratory diseases in the long run. Public health, including the average life expectancy, could be positively impacted.

The German government has gone into massive debt in order to avoid medical and economic losses during the pandemic. Based on the years 2020 to 2022, the mountain of debt piled up by Germany as a result of the pandemic (federal level, excluding state budgets) amounts to around 470 billion euros. This finally undoes the savings’ successes of the early 2010s.

Since 2014, the federal government had not taken on any new debt, thus adhering to the principle that today’s government consumption must not be paid for by future generations. The success of a politician or a political party is measured by his or her election or re-election. A party that wants to win the next election has an incentive to take on debt or bring forward future revenues instead of cutting spending today. The positive consequences are immediately felt by the electorate; the negative mortgage is left to future generations.

With the inclusion of debt brakes in 2009 in the Basic Law (and also in the constitutions of the German states) Constitution, the political class in Germany (but also other countries) had, in a burst of wisdom, set limits to their creative urge – just like Odysseus, who instructed his comrades to tie him to the mast so that he could not follow the song of the sirens and steer the ship to its doom. But for the new corona debt, the Bundestag had to suspend the debt brake.

This is really bad as the Basic Law’s debt brake had been incredibly hard fought for, and its introduction in 2009 was a milestone in financial sustainability and intergenerational justice. To be precise: this constitutional norm has always provided for exceptions for natural disasters, including pandemics.

The suspension of the debt brake requires, and this is good, a concrete repayment plan. Here, agreement has already been reached in 2020 on a term of 20 years, starting in 2023. The succeeding cohorts will have to come up with around 8 billion euros every year – in addition to coping with demographic change.

Now that the debt brake has been suspended, and this is bad, many old demands that were not enforceable for decades are suddenly back on the table. Most of them would benefit only the elderly, the most populous voting group. One thing is clear: where there is debt, there will be no reforms.

But even before Corona, Germany urgently needed reforms to cope with the aging of our society. In short,  the present government unloaded the costs of avoiding disadvantages in the present on to future generations, who will have to repay these debts. This is a heavy burden for young people in a post-corona Germany.

The global community as a whole has committed itself to greenhouse gas neutrality by 2050. In Germany, the “climate ruling” of the Federal Constitutional Court in spring 2021 called for an adequate contribution to this goal. In 2020, greenhouse gas emissions (CO2 equivalents) in this country were 739 million metric tons.

Following the climate ruling and the planned amendment to the Climate Protection Act, the German government now wants to become greenhouse gas neutral by 2045, i.e. achieve net zero. Interim targets are to be a reduction of 88% by 2040 and 65% by 2030 (compared with the reference year 1990).

However, the way the government proposes to get there is completely unclear. To achieve these targets, Germans would have to start changing their lifestyles and transforming society to save CO2 immediately.

The climate and the pandemic

The climate crisis was a fact before the corona pandemic, too. But what is new is the way the state/the government has acted towards the corona crisis and gives new indications about what could be done against the climate crisis. Climate activists were surprised to see that “liberal freedoms” obviously have restrictions if the common good is at stake.

During the corona pandemic, the state cut short freedom of movement, for instance, because if this freedom had gone unrestricted thousands of lives would have been lost. The climate crisis also endangers thousands of lives, but in a further future. Keeping the tough stance of the state in the corona pandemic in mind, climate activists are more hopeful now that tough measures for climate protection can be introduced in a liberal democracy like Germany.

COVID-19 has shown us that with the right political will Germany could dramatically improve environmental protections for generations to come as well as generations today.