The National Audit Office has published a report on initial learning from the government’s response to the COVID-19 pandemic. Angus Hanton, IF Co-founder, examines the findings and concludes that, without the implementation of intergenerational fairness impact assessments, it will be younger generations who will lose out in public sector spending decisions while having to pick up a disproportionate amount of the cost of pandemic spending through higher taxation. 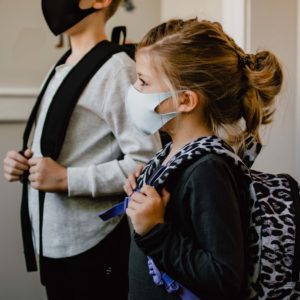 According to the National Audit Office (NAO) the government’s response to the COVID-19 pandemic is “without precedent in recent history”. So far, the government has spent close to £400 billion, but billions more is expected to be spent in coming years with, for example, a national programme of delivering vaccine boosters.

The report looks at risk management, transparency and public trust, data and evidence, coordination and delivery models, supporting and protecting people, and financial and workforce pressures.

When it comes to the sustainability of public sector finances, the NAO reveals the financial shock inflicted: 75% of local authorities have reported a funding gap in 2020-21 between their forecast pressures and estimated government support. Furthermore, 94% of chief finance officers surveyed by the NAO expected to make cuts in service budgets in 2021-22.

The young will suffer

We have already seen the Mayor of London put under pressure to remove free travel to school for children on London’s buses. An intergenerational unfairness will likely play out as councils withdraw services and provision from those areas for which they are not legally bound to deliver them.

And there is a COVID-19 precedent for this; local councils were given emergency powers to temporarily remove services for children in England. In contrast, neither the Scottish not the Welsh governments chose this route.

As our recent government spending by age report makes plain, before the pandemic successive governments were spending less on children than they were on older generations. The gap in the amount of money the government spends on an older person compared to what it spent on a child doubled in 19 years.

Since 2010/11, although overall public spending grew by 60% in real terms, reaching £850 billion in 2018/19, pensioners captured 30% of this growth during the period. The government has spent 45% more on servicing public sector pension debt interest payments (£18 billion a year) over the previous four years than it spent on child benefit payments (£11.5 billion in 2018–19).

Local government budgets were already under strain before the pandemic due to the hidden iceberg of local council pension liabilities. These are huge pension promises made to local government workers where the real cost is hidden by accounting tricks, which IF explores in this report. If these liabilities were valued in a market-consistent manner, it would require a six-fold increase in the current level of deficit contributions from £2 billion per annum to £12 billion per annum, equivalent to 12% of total local government revenue expenditure.

In short, it means that local councils are having to divert spending away from day-to-day services and provision in order to fill the short-fall in pensions in payment. Add pandemic spending, and many more local councils may well go bust.

We need to invest in the young

For the social contract between the generations to remain intact we need to balance spending across the generations and as well as invest in the futures of our children and grandchildren. The NAO report is responsibly alerting the government for the need for local council and authority spending to be sustainable, but children and young people should not have to lose out to older generations who, while more likely to suffer in health terms from the pandemic, have been better financially insulated, and, we argue, should contribute more towards some of the costs incurred to protect their health.

There is a way that we can protect spending on children and young people today and protect future generations from incurring too much of the cost tomorrow, and that is by using the lens of intergenerational fairness when implementing impact assessments. After all, impact assessments are already used to protect spending for those with “protected characteristics” such as age or disability but policymakers would have to acknowledge that spending should be more equitably shared across the generations.

Photo by Kelly Sikkema on Unsplash