In keeping with this year’s Mental Health Awareness Week theme, which focuses on the importance of nature to mental health, IF senior researcher Melissa Bui explains how improving access to quality housing with outdoor spaces is a key step towards ensuring an equitable distribution of nature, and all of its mental health benefits, across the generations. 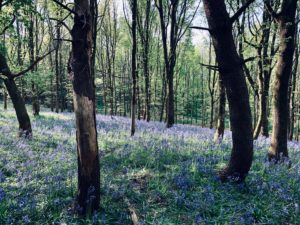 Mental Health Awareness Week, which is running between 10 to 16 May, is already in full swing. The week started on a strong note with an announcement of £17 million in funding from the Secretary of State for Education to further mental health support within the education sector, with £7 million being assigned to equip and train school staff to be able to respond to arising mental health problems. A further £9.5 million of this funding will be dedicated to accelerating the 2017 Green Paper targets to train senior mental health leads in schools.

This year the organisation behind Mental Health Awareness Week, the Mental Health Foundation, has called for a focus on the role that nature plays in mental health. The aim of this theme is to encourage people to more actively interact with nature and to urge the government to treat “access to and quality of nature [as] a mental health and social justice issue as well as an environmental one”.

As the organisers rightly point out, the government has an important role to play in improving access to nature. Proposals like introducing more nature on streets, protecting natural habitats, and ensuring that developers include green spaces and nature in their designs, as outlined in the Mental Health Foundation’s policy recommendations, will certainly help mitigate the supply side of the problem. However, the revamping of new and existing houses and public spaces will still leave a gaping hole in access if younger generations cannot afford to buy these properties until their mid-30s.

Currently, statistics seem to suggest that the average age of first-time buyers is 34 years old, 6 years older than it was in 2007. This is not only because there is not enough supply of housing to go around, but the current stock of housing is also disproportionately owned by older generations. IF recently published a paper on the unequal distribution of living space, called Stockpiling Space, which revealed that 21% of 25-34 year olds report a lack of outside space compared to only 7% of 55-65 year olds.

How we use our current housing stock impacts access to nature

When we look at the breakdown of homeownership across the generations, it is easy to see why this is. The number of second homes in England has increased by 50% between 2011 and 2020, reaching 5.5 million in 2020. It is primarily older generations who own these second-homes, leaving younger generations to compete over the remaining stock which often offers little to no access to outdoor space.

Also exacerbating the unequal distribution of access to nature is the rise in micro-homes as a part-solution to limited housing supply. IF’s previous research showed that England has the dubious title of having the second smallest homes in Europe, with the number of micro-homes being built in the UK increasing almost fivefold in just five years to 9,605 in 2018. With micro-homes offering spaces that are at a maximum 37m2 in size, there is little to no room for installing nature. Unfortunately, many younger generations cannot afford more spacious housing due to stagnating wages and the amount of money they can borrow being limited by their student loan repayments.

Mental health and nature during COVID-19

Unfortunately, the COVID-19 crisis has shone a light on the unequal distribution of access to outdoor space. Restricted access to nature, alongside a long list of other consequences of the pandemic crisis such as job losses and the closure of schools have hit the mental health of children and young people the hardest. Data from NHS Digital demonstrated how the proportion of young people likely to have a mental health disorder has increased from one in nine in 2017 to one in six in 2020. Recent evidence from the ONS has also suggested that adults aged between 16 to 29 years old were the most likely age group to report depressive symptoms.

While the recent announcements of extra funding for children and young people’s mental health services are very welcome, many will still be left with little to no mental health support as the rate of coverage is still low. Insufficient mental health spending not only has large consequences for younger generations, it also leaves a large price tag for the government too. From each cohort of individuals aged 16 to 40 with depression, the government loses £2.9 billion in net tax revenue due to lost tax revenue, higher benefit payments, and higher NHS costs in the long-run. Increasing spending to be able to intervene early with mental ill-health during childhood and adolescence, as well as implementing policies to improve the circumstances of younger generations, will play a key role in preventing mental health problems from getting to this stage in the future.