Greener UK, a coalition of environmental organisations in the UK, have recently released their final report which outlines how far the UK has progressed with implementing a “Green Brexit”. The conclusion of their results is clear: not much overall. Why has there been so little progress in environmental policy since 2016? IF researcher, Melissa Bui, explains 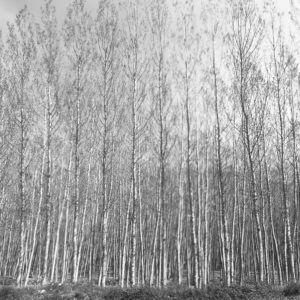 One year on since the first lockdown began, UK experts and campaigners continue to call for a “green recovery” which allows the economy to be built back in a way that simultaneously reduces overall carbon emissions as part of the Green Brexit. Given that the COVID-19 crisis has become a consistent feature of our everyday lives, one might be forgiven for forgetting that we made very similar promises four years ago after the result of the EU referendum, which was also considered to be a “once in a lifetime opportunity” to backtrack on environmental decline.

A coalition of 12 environmental organisations, Greener UK, has been tracking environmental policies since the EU referendum and recently released their final report. Their findings suggest that, as of March 2021, levels of environmental protection have not changed much since 2016. Where have we gone wrong and what is holding us back?

In 2017, Michael Gove, the Secretary of State at the time, set out an ambitiously green agenda for Brexit:

“Leaving the EU gives us a once in a lifetime opportunity to reform how we manage agriculture and fisheries, and therefore how we care for our land, our rivers and our seas. And we can recast our ambition for our country’s environment, and the planet. In short, it means a Green Brexit.”

A lot has changed since Mr. Gove’s announcement. We officially left the European Union in January 2020, signed the UK-EU trade deal and reached the end of the transition period by the end of 2020. According to Greener UK, enough time has now passed to be able to make a clear judgement about whether the government has truly delivered on their promise for a “Green Brexit”.

To be able to track government progress on a Green Brexit, Greener UK developed a “Risk Tracker” which assigns a colour and risk level of either “high” (red), “medium” (amber) or “low” (green) to different areas of policy to reflect the estimated risk that standards have become worse than they were in 2016. The tracker follows environmental policies in eight areas: air pollution, chemicals, water, waste and resources, fisheries, climate energy, farming and land use and finally natural resources.

The final results of the Risk Tracker suggest that, amongst the eight areas of policy examined, environment protection levels are either worse now than they were in 2016 or relatively unchanged, with air pollution, chemicals, waste and resources and nature resources being the categories at “high risk” of being worse than they were before.

A range of reasons were quoted to explain why no progress has been made. Amongst them was the government’s role in delaying and devaluing key bills and reforms, which includes repeated delays to the Environmental Bill, a landmark bill which would allow us to set legally binding targets for nature conservation, reducing air pollution and water quality and waste management. A new environmental watchdog, the Office for Environmental Protection, was also set to be introduced with the bill; a role that was previously fulfilled by the European Commission and Court of Justice. However, the coalition calls into question whether the new watchdog will truly be independent and as effective with holding the government to account given the heavy influence the government has over its budget and board members, as well as its inability to issue fines. There has already been evidence of a failure to address violations to water pollution rules over the past few years, with all 243 cases of violations recorded between April 2018 to February 2021 being left unaddressed without a prosecution or a fine.

Furthermore, the government voted to remove amendments to the Fisheries Bill, which were vital to ensure that sustainable fishing levels and practices would be enshrined into law as part of a Green Brext. It is claimed in the report that the UK fishing quotas now fall behind the EU standard.

According to the report the government has also performed poorly on international cooperation. Cooperation on issues such as carbon pricing and chemical regulation are thought to be essential to ensure a sustainable and feasible framework for reducing emissions and preventing the dumping of illegal chemicals. However, it is being called into question whether the regimes and systems that have been introduced to tackle these issues will be able to match their EU predecessors given that the advantage of cooperation has been withdrawn.

The UK’s replacement chemical regulation regime has provided the most cause for concern, being described in the report as a “cheaper and inferior domestic version” of the EU regime that it replaces. Furthermore, although the UK emissions trading system offers more ambitious targets than the EU emissions trading system that it was formerly part of, including a tighter cap on emissions, IF has previously written about how the lack of alignment between the two introduces complications such as the risk of carbon leakage, which refers to the risk that businesses move their production elsewhere to save on carbon emission costs.

Unsurprisingly, insufficient funding has also been listed as a key driver behind a lack of progress. Government funding for nature conservation projects has been scaled back over the past decade and bodies such as Natural? England and the Department for the Environment, Food and Rural Affairs are projected to have insufficient funding for their projects, which for the former is required under statutory law.

These actions offset or overshadow the environmental progress being made elsewhere, for instance, with plans to introduce the Environmental Land Management scheme, which aims to reward farmers for sustainable farming practices and work that enhances the environment, or the listing of the climate as an “essential element” of the UK-EU deal. These changes were designed to demonstrate the UK’s potential for climate leadership ahead of the COP26 conference it will be hosting later in November. However, as the Greener UK report suggests, if the government continues on its current trajectory, it is at risk of pushing levels of environmental protection back to, or even below, those in 2016, which will surely paint a very different picture to the one desired.