Calls have grown this week for the inevitable inquiry into the government’s handling of the Covid-19 crisis, in particular from bereaved relatives’ groups and nursing groups. Ashley Seager, IF Co-founder, argues that any  Covid-19 inquiry should be far more wide ranging with intergenerational fairness at its heart. 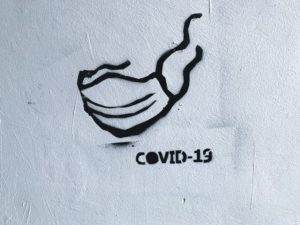 We know from previous inquiries that, all too often, inquiries are looking for scapegoats, to satisfy a thirst for revenge by those affected and those who shout the loudest. Almost certainly the focus of a COVID-19 inquiry will be on how many lives could have been prolonged if more action had been taken earlier with larger sums of money thrown at the problem. But perhaps the biggest victims of this crisis are the young who have lost their jobs, had their teaching curtailed, seen their mental health deteriorate, and who have been saddled with a huge national debt that they will have to pay back during their working lives and pass onto to their children.

This is not to ignore the plight of current sufferers from cancer, heart disease and other illnesses who now are far more likely to die through the lack of treatment in 2020 and into 2021. That is another scandal that should be looked into, as should the inability to open the much-trumpeted Nightingale hospitals for want of the doctors and nurses to staff them. A key question for the COVID-19 inquiry should therefore be – why did Britain have the fewest intensive care beds per person of any European nation?

We know that the government bungled almost everything it touched – personal protective clothing, “world-beating” track and trace, procurement contracts handed to cronies, and so on. We know that the only success came with the vaccination programme. So, the bigger questions that the COVID-19 inquiry should ask are these: was it worth throwing half a trillion pounds at the problem and leaving it to our grandkids to pay for?; did the money make any real difference against the disease?; do lockdowns actually work (evidence is very thin on this point); and did human interventions serve merely to crush the economy while giving politicians reasons to claim that they were “doing something”? Indeed, did the knowledge that an inquiry would inevitably come influence what was done? Was everyone merely trying to cover their arse and meekly follow the groupthink at almost unimaginable financial cost? Why were so many predictions by (publicly-funded) scientists such as Neil Ferguson at Imperial College so very wrong?

The young have suffered

IF has spent the period highlighting problems for young people and future generations during the pandemic itself. We pointed out that more young people have been hospitalised with depression than with COVID-19. We pointed out the plight young people faced as their incomes collapsed, with many forced to return to live with their parents, and students locked into their halls of residence and their civil liberties horribly denied. We made suggestions how the huge housing and pension wealth of the old might be sensibly taxed to help reduce the national debt and have that generation justifiably make their contribution to paying for the response to the pandemic. But to little or no avail. And we hope, but are not confident, that the COVID-19 inquiry will consider questions such as these.

But it is clear that the current government intends doing little or nothing about the burden being passed to younger and future generations, already saddled with student debt, lousy pensions, unaffordable house prices and a deteriorating environment. The Chancellor, Rishi Sunak, said in his budget speech this month “it will take many governments many decades” to pay for the response to COVID-19, clearly showing that he is happy to put the cost on the never-never and move on. That is scandalous.

The lockdowns and other measures were primarily taken in an attempt to prolong the lives of today’s baby boomers (those born prior to 1964),  who are widely acknowledged to be the richest generation Britain has ever seen or will see again. Yet almost no attempt was made in the Budget to tax the enormous unearned wealth gain that generation holds in its houses and golden, final-salary pensions. Instead, key budget measures were announced with the aim of boosting the price of houses, which are primarily owned by older people at the expense of the young. Similarly, there was no attempt to tax second homes or any of the perks of the wealthy boomers.

Young people have borne the brunt of the government-induced recession, accounting for about three quarters of the rise in unemployment. This is because they are the biggest group employed in sectors like hospitality and travel, both completely clobbered by lockdowns. Spells of unemployment damage young people’s confidence, job prospects and life chances. It is, however, unlikely that the inquiry will contain more than a couple of sentences on that. The groupthink of COVID-19 has already decided that the young will just have to suck it up because they were at least at less risk of catching the virus

A generation ago the then Labour government decided that, to be intergenerationally fair, the national debt should be no higher than 40% of national income. It got bumped up badly by the financial crisis of the late noughties and has now leapt to just under 100% of national income, an unsustainable level according to most economists. Sunak’s budget merely planned to stabilise it at this level, let alone start to reduce it. The message was very clear – future generations are not going to be there to vote for us at the next election, so to hell with them.

Whatever happened to the party that prided itself on sound public finances, a concept born out of a respect for future generations? These are the sorts of issues any COVID-19 inquiry should look at.