Newly released figures from the National Audit Office reveal that local authorities are facing a £605 million shortfall in funding, with financial pressures expected to continue for years to come. IF Researcher, Melissa Bui, explains what this means for spending on children’s services 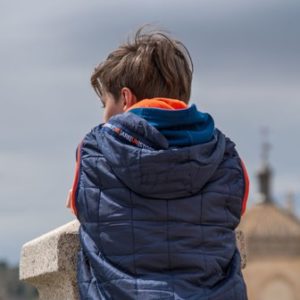 A new report released by the National Audit Office (NAO), an independent body responsible for scrutinising public spending, has revealed that local authorities face a £605 million gap in funding in 2020–2021 as a result of the COVID-19 crisis. The report findings also suggest that budgets for services will continue to be impacted for years to come and that children’s services will be among the services to face a hit in funding.

It is a legal requirement for local authorities to be able to balance their budgets. Typically, when facing financial pressure, local authorities would have the option to draw money from their reserves to meet funding needs. However, as a result of the increasing cost of provision and the rise in demand for particular programmes and services due to the COVID-19 crisis, councils are under enormous pressure to deliver services as planned. It had previously been estimated that local authorities would need approximately £9.7 billion extra funding to be able to meet the financial pressures. However, the NAO’s survey of local authorities revealed that 31.5% reported that they would not be able to fill their funding gaps using their reserves.

The government has already announced that it would cover most of the funding gap by offering £9.1 billion in extra support, however, local authorities are still left with a total shortfall of £605 million. This figure represents the net shortfall in funding; because of the way that the money has been allocated, there is a large disparity in funding gaps at the local level, with some authorities being given more money than they are projected to need, whilst others recording inadequate funds. Approximately 252 local authorities, accounting for 75% of the total, are estimated to be underfunded during this financial year with their combined shortfall equating to £909 million.

When faced with the problem of insufficient reserves, local authorities are usually left with two options: reducing budgets in specific areas or finding new ways to generate extra income, which can mean asking for more contributions from people who use services to be able to fund them.

What are the implications for younger generations?

The report suggests that more than half of all authorities have already made unplanned spending cuts to services as a consequence.

Despite plans to lift COVID-19 restrictions, suggesting that the economy is expected to return to some form of normality by the end of this year, it is predicted that the fallout of the pandemic on local authorities will have a long tail and will continue to be a problem for years to come: 27% of single-tier and county council respondents and 35% from district councils reported not knowing when their budgets will return to pre-COVID levels. As a result, 94% of single-tier and county councils and 81% of district councils report plans to make reductions to budgets allocated for services in 2021–22. Part of the reason is that local tax revenues, which will impact budgets starting from 2021–22, are expected to drop for reasons such as the higher number of households needing reductions in council tax payments due to lost income.

Children’s services are almost certainly going to be among the services to be impacted by these local budgeting decisions. Unlike many services for older generations, services for children such as free travel on public transport are not protected under statutory law. The NAO asked authorities to list examples of how services users will be impacted by their savings plans going forward and, sure enough, discretionary spending on “home-to-school transport” were among the services mentioned that are expected to be impacted. Other cuts to children’s services also include special educational needs and disabilities (SEND) care packages, which are given to families with disabled children to provide special health and education support. However, likely, this isn’t an extensive list. These are only cuts that were mentioned in a list of examples provided in the report. Given the historical tendency for children’s services to be cut during recessions, it’s likely that many other services will be impacted in the coming years.

Previous IF research has found that councils were facing £185 billion in pension liabilities before the pandemic struck. Furthermore, forthcoming IF research will show that local councils are spending more on interest payments than on the national cost of child benefit payments.

In short, local councils are facing a triple whammy of already vast pension liabilities, the cost of borrowing pre-pandemic, and now the costs of responding to the pandemic, but the young should not be targeted again for cuts.