IF intern, Hugh Nicholl, looks into the findings of the Office for National Statistic’s latest student survey and outlines the worrying evidence of a student mental health crisis. Read more… 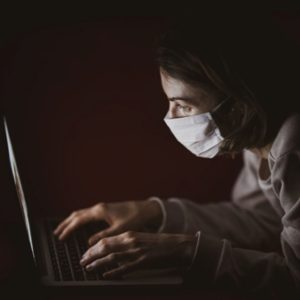 It is in some ways unsurprising that the mental health and wellbeing of students has dramatically deteriorated over the course of the past year. Among the problems students have faced has been the withdrawal of in-person teaching, locking down in cramped halls, and wasting rent on uninhabited accommodation.

Yet for all these problems, student wellbeing data released today by the Office for National Statistics was nonetheless striking. The evidence suggests that the majority of students have witnessed a deterioration in their mental health since the start of term last autumn, illustrating the extent to which COVID-19 has exacerbated an already critical mental health crisis in our universities.

What did the ONS find?

Today’s data are part of the ONS’s Student COVID-19 Insights Survey in England, investigating the wellbeing, behaviours, and opinions of students during the coronavirus pandemic. Before looking at the findings themselves, it should be noted that there are limitations to the certainty of today’s statistics: the ONS categorises the survey as “experimental”, meaning that it is less likely to be as accurate as the ONS’s more well-established surveys.

Even with this caveat in mind, though, the ONS’s findings are extremely troubling. Almost two-thirds (63%) of students reported a worsening of their wellbeing and mental health since the start of the autumn term last year. Students were also disproportionately likely to have experienced loneliness during this period: 26% reported experiencing loneliness, compared to 8% among the adult population. This was particularly pronounced for students aged between 16 and 29, with 33% reporting that they felt lonely “often” or “always”.

In addition to these findings on wellbeing, the ONS also reported on students’ academic and social experience of university this year. Unsurprisingly, many students are dissatisfied with lockdown learning: 33% reported dissatisfaction with their academic experience during the pandemic, rising to 57% with regards to social experience. Despite the shortcomings of online-only teaching, it seems unlikely that students will receive a fee reduction except for a tiny handful of cases, leaving many even more dissatisfied with their experience this year.

An existing crisis made worse

That the mental health of a clear majority of students has deteriorated over the past year is a significant cause for concern in itself. Yet today’s statistics are even more worrying when placed in the context of an existing student mental health crisis. Before the onset of the coronavirus pandemic, record numbers of students were reporting mental health problems. One particularly large survey of some 38,000 students conducted in 2018 found that more than one-fifth had a current mental health diagnosis.

University support services were already struggling to cope with the increases in demand over the past few years. They are certainly not well-equipped to provide support to the ever-increasing numbers of students who need it. Furthermore, government support has been notably absent. Despite an apparent recognition of the problem last June, rhetoric has not been followed by action. In fact, the government seems far keener to wage a phoney culture war against a mythical higher education free speech crisis than tackling the very real crisis of student mental health.

With the easing of lockdown restrictions finally underway, over the next few months the conversation will turn to which of the major changes of the last year are permanent and which are only temporary. With regards to student wellbeing, it is unfortunately too optimistic to presume that the evidence of widespread deteriorations in mental health will reverse over the coming months.

For one, the evidence that student wellbeing was already on a downwards trajectory is unequivocal. Removing some of the factors that have exacerbated this problem is clearly no substitute for a solution. Furthermore, the negative effects of coronavirus for young people are likely to linger, above all through its impact on the economy and the increasingly hostile labour market conditions experienced by new graduates.

It is all the more important, then, that something positive can come from the experience of students over the past year. Increasing awareness of the mental health problems faced by students has been an unfortunate consequence of the crisis’s worsening over the past year. Perhaps, though, there is the potential for this heighted awareness to direct attention towards finding a solution to an already urgent problem. If this is to happen, then the conversations about young people’s mental health that the past year has generated must be one of the pandemic’s permanent rather than temporary effects.