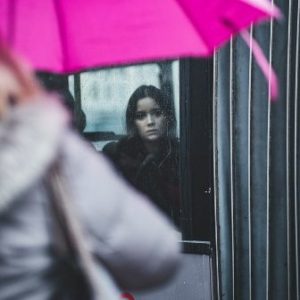 The pandemic crisis has been a difficult experience for children and young people. IF has previously written about research showing that a higher proportion of five to 16-year-olds are likely to have a mental health disorder post-COVID than when data on mental ill-health amongst younger generations was last collected in 2017.

The government delivered a ray of hope for younger generations last week, issuing one of the first public spending promises aimed at addressing the issue of declining mental health amongst younger generations during the crisis. As part of the 2021 to 2022 spending review, the government had announced that it would be allocate £500 million on mental health services overall in response to the rising evidence of the mental health toll of the pandemic on the population. After last week’s announcement, it became clear that £79 million of this pot of money will be set aside specifically for children and young people.

Advocate groups for children and young people’s rights, including the team at the Intergenerational Foundation, have been consistently pushing for more investment in mental health services for younger generations throughout the crisis. This news is therefore widely seen as a positive and welcome first step towards making sure that we deliver a timely and efficient response to mental health problems through early intervention.

These funds are set to be spent on expanding school and community-based support. One of the primary aims of this spending is to increase the number of mental health support teams in schools and colleges by nearly 7 times – from 59 teams to 400 by April 2023 – which is projected to raise the number of children receiving support to 3 million. Wider services aimed at tackling eating disorders and providing community-level support will also be expanded to reach thousands of additional individuals. The specific targets mentioned include increasing coverage of community mental health services by 22,500 and eating disorder services by 2,000 children and young people.

The announcement also suggested that support during school hours will be delivered more rapidly than previously possible, claiming that schools will respond to texts sent by children signalling a need for support within the hour. Families will also benefit from training and workshops on how to spot signs of mental ill-health and how to intervene.

The announced plans largely fall in line with proposals previously advocated by experts on children’s mental health. For instance, school and community-based interventions featured heavily in the 2017 Green Paper, Transforming Children and Young People’s Mental Health Provision, which has been widely praised for outlining ambitious recommendations on how to intervene with mental ill-health. The training of mental health support teams was amongst the proposals put forward, as well as recommendations to train mental health leads within schools, with the understanding that their proposals would enable services to intervene before a child or young person reaches the point of crisis. According to the annual report, 30% of members of the Children’s and Young People’s Mental Health Coalition placed investment in support in the educational context to be their biggest priority.

IF’s previous research has also supported the notion that the government has an economic incentive to reduce symptoms early on. In our study, Costing Young Minds, we estimated that, pre-COVID, the government was losing approximately £2.9 million in net tax revenue from a single cohort of individuals with depression between the age of 16 to 40, a figure that represents the cumulative loss to the government due to the higher unemployment rates, lower tax revenues and higher levels of benefit payments that are associated with the insufficient treatment of young adult mental ill-health.

This increase in spending signals an important step forward towards protecting the rights of children and young adults. However, more work needs to be done to solidify future mental health spending for younger generations. As Steve McCabe, Chair of the All-Party Parliamentary Group on a Fit and Healthy Childhood, points out: “These are welcome first steps. Of course, they do not go far enough and little has been said about financial resources, but I am hopeful that they indicate the beginnings of a transition to a nationwide mental health policy that will place children where they should be – at the heart of decision-making.”