Operating what was once labelled as one of the most polluting power stations in the UK, Drax Group has recently announced a proposal to introduce a technology capable of removing millions of tonnes of carbon dioxide from the atmosphere. The technology in question, referred to as Bioenergy with Carbon Capture and Storage, has been the centre of many debates on whether it truly generates “negative emissions”. IF researcher Melissa Bui gives a breakdown of what experts and campaign groups have to say about this proposal 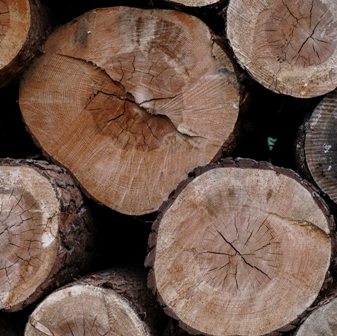 UK electricity generator Drax Group announced last week its intention to adopt new technology which could permanently capture millions of tonnes of carbon dioxide emissions each year. Heralded as a “landmark” move by Drax Group’s CEO Will Gardiner, the project aims to remove more CO2 emissions from the atmosphere each year than the amount released from burning biomass at their plant in Selby, North Yorkshire.

This is quite a drastic change in tune for a company that operates what has in the past been labelled the UK’s most polluting coal-fired power station.

Building technology that will allow the company to achieve “negative emissions” status could be a potentially significant move forward in the interests of younger and future generations, given that Drax is responsible for approximately 6% of the UK’s electricity generation.

The technology that will be used to capture carbon emissions, Bioenergy with Carbon Capture and Storage (BECCS), has been around for some time. How does it work and what do scientists have to say about it? Is Drax’s proposal as “green” as it claims to be?

BECCS technology – how will it work?

BECCS is one approach among many which have been designed to remove carbon emissions from the atmosphere; however, it is perhaps the approach that has received the most attention, appearing frequently in the Intergovernmental Panel on Climate Change’s (IPCC) assessment reports.

It refers to the process of growing organic sources of fuel, referred to as biomass, such as trees, plants or animal waste, which is burnt for energy production. Carbon emissions are then removed from the atmosphere by storing it underground or under the sea. In Drax’s proposals, CO2 emitted from burning wood pellets would be stored beneath the southern North Sea of England.

The reason why it is thought to generate negative emissions is related to the understanding that trees or plants naturally absorb carbon dioxide as they grow. Once these are burnt for energy production, the carbon that is emitted will offset the amount that was absorbed – making the combustion process carbon-neutral. However, the approach becomes carbon-negative once tools are used to remove those emissions from the atmosphere.

The project could also be beneficial for younger and future generations if it allows Drax to become less reliant on UK government subsidies. Drax has previously received criticism for using taxpayers’ money to fund inefficient or insufficiently green methods of generating electricity.

Only last month Drax announced that it would be casting aside their plan to replace their coal-powered units with gas-burning ones, which had drawn widespread criticism from climate activists over the past three years for not being in line with zero emission targets.

Previously, in 2019, Drax received £72 million in government subsidies to burn coal. Although plans to use gas to generate power have technically been abandoned, there is still the chance that gas-powered plants will be used in times of high demand.

The BECCS proposals, according to Mr Gardiner’s claims, will enable their future operations to be more cost-efficient as they have now doubled their biomass production capacity as a result of their recent acquisition of the Canadian wood pellet production business Pinnacle Renewable Energy. It is claimed that this would pave the way for a feasible route for the company to sustain itself without government subsidies to finance its green transition before they are scheduled to be withdrawn in 2027.

It is estimated that Drax will receive a carbon tax break worth £246 million this year for generating energy using wood, which accounts for 74% of the total value of carbon tax breaks provided to all large biomass power stations in the UK. However, some scientists and environmentalists are still not entirely convinced that subsidising companies to produce energy through burning biomass is an appropriate use of taxpayers’ money.

Despite receiving approval from many members of the scientific community, there is a growing body of research that calls into question whether BECCS technology would truly lead to negative emissions. These reservations are based on concerns that parts of the BECCS process – such as clearing land to be able to grow the crops, the loss of soil as well as harvesting and transporting biomass – will produce additional and often significant carbon emissions that are not accounted for.

What also needs to be taken into consideration is whether the land could be used for better purposes; for instance, would we be generating negative emissions if the land used to grow these crops was previously a forest? Some researchers, for instance the authors of a study comparing BECCS with forest land from Imperial College of London, might argue that we would be better off if we had left the forest land alone.

Drax has also drawn some controversy for sourcing their biomass from overseas, being accused of removing precious and important habitats from other countries. The company’s defence is that it ensures that the forests that it extracts wood pellets from stay as forests through replanting; however, campaign groups have argued that in the time needed for regrowth endangered species are put at risk.

It is likely that these concerns will be raised in the consultation taking place this month, which is the first step in the two-year process needed for Drax to obtain consent (via a Development Consent Order) from the government to bring into effect the BECCS technology. Although this consultation is being referred to as “informal”, it’s a crucial step of the process.

It is important that taxpayer money is being used to fund the best method to achieve negative emissions, not just for younger and future generations in the UK, but also across the entire globe.

Image by Cottonbro on Pexels: www.pexels.com/@cottonbro