The 2021 Budget is done and dusted. Liz Emerson, IF Co-founder, looks at the highs and lows for younger and future generations, using the lens of intergenerational fairness – on a Budget that the Chancellor called “honest” and “fair” 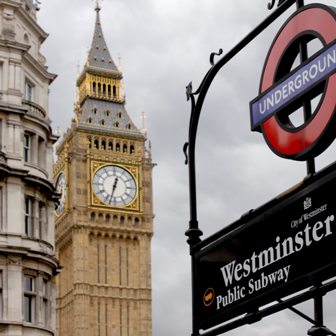 Who would want to be Chancellor during a global pandemic? Step forward “Dishy Rishi”, the poster boy of the Conservative party, who has just given his second budget after having to tear up his first due to COVID-19 hitting the country. The government has since borrowed £400 billion or more for pandemic spending in just one year. At no other time outside wartime has a Chancellor opened the purse strings so wide and spent so much in so short a time, all while the economy shrank by 10%.

The message was bleak even if the delivery was not. According to the Office for Budget Responsibility (OBR), it will take until mid-2022 for the economy to recover to pre-pandemic levels; the economy will be 3% smaller in five years’ time than it would otherwise have been; unemployment is likely to peak at around 6.5%; and a total of 1.8 million people are expected to be out of work.

There are stormy times ahead as the country faces up to how best to repay the monies borrowed to lock down the country for a virus that largely attacked the health of the old, but punished the finances and wellbeing of the young.

In spite of the Chancellor’s package of measures – tax rises with threshold freezes across the piste – there will be little change to the nation’s level of borrowing, with government debt levels still remaining at close to 97% of GDP in five years’ time.

While the communication spin was “stabilisation”, the reality is that this government is kicking the can down the road for younger generations to pay. Add to that economists’ fears that the low interest rate environment is over and that for every 1% interest rate increase, a further £25 billion – equivalent to around a fifth of annual NHS spending in a normal year – is added to government debt, younger and future generations will face punishing taxation for years to come for profligate spending today.

Tax rises in all but name

“We will not raise taxes, national insurance or VAT,” he said. While “Honest” Rishi was right in that he has not increased income taxation, by freezing the threshold at which taxation becomes due, at £12,750 from next year, he will be pulling more low earners into repayment sooner, while also drawing higher income earners, who earn more than £50,000, into higher rate taxation.

Back of the envelope calculations suggest a £20 billion tax raid over three years. Why would the Chancellor do this? Well, payroll taxes bring in around 45% of government tax revenues. And that means taxing those that work and earn, meaning everyone below state pension age, and to some degree pension income.

One of the most intergenerationally unfair policies the Chancellor could have extended was the Stamp Duty Holiday, which stoked the housing market and raised prices by 6% in 2020.

But the Chancellor has done it again, and this time he has added a 5% government guarantee on 95% loan-to-value mortgages. Why? Because, while young buyers might think that they are getting a discount and avoiding stamp duty payments on their hard-fought-for shiny new homes, developers, estate agents and homeowners have ratcheted up their asking prices. Why else would a housing market during a national pandemic lockdown see 6% price increases?

You could argue that pent-up demand during the period of industry closure, combined with a thirst for rural/suburban living, both played a part, but whatever the reason, what younger generations need now more than ever is more new housing supply, and government interventions that decrease rather than increase house prices.

Latest Office for National Statistics (ONS) data revealed that NEET (not in employment, education or training) figures are the highest for four years. It is no surprise that the young have been hammered during the pandemic, because they, more than other generations, tend to work in industries closed down, such as hospitality, travel and events. It means that 13% of men and 10% of women aged 16–24 now fall into the NEET category.

While the Chancellor has increased the National Living Wage (NLW) this year, the amount offered – £8.91 per hour – is actually lower than what was on offer in the 2020 Budget and equates to a pay rise of just 19p an hour for basic-rate workers, the majority of whom have already taken a 20% hit over the past year due to mandatory furlough.

It is also important to remember that the NLW is age-biased. Anyone under 23 years of age cannot claim it. A 20 year-old could well be doing the same job as their colleague three years older and they will receive just £6.45 per hour. On the bottom rung a 16 year-old will receive £4.55 per hour and an apprentice a measly £4.15 per hour.

No movement on the Triple Lock

There are moments in politics when brave decisions can be made that result in improving intergenerational equity. One of those moments was the 2021 Budget. With a weak political opposition and a pandemic on top, the Chancellor could have grasped the nettle that is the Triple Lock on the state pension, and removed the most vicious sting, which is the annual uprating by 2.5% during a period of historically low inflation, and also at a time when pensioner poverty levels have fallen by around a third to 15%.

Meanwhile child poverty levels have more than doubled from to 4.2 million children in 2018–19. That’s 30% of children, or nine in a classroom of 30. Or 44% of children living in lone-parent families – according to child poverty campaigners.

What about environmental policies?

Car drivers remain all-important as the Chancellor cancelled increases in fuel duty once again. While increased support for offshore infrastructure in Teesside and Humberside, £27m for an Aberdeen Energy Transition Zone to help the area move away from oil and gas, and £5m for a Global Underwater Hub in Scotland for undersea technologies, are welcome, the lack of environmental ambition was telling.

The BBC called it the “no-green revolution”, in spite of the Bank of England’s new remit to include a duty to support the move towards near zero emissions. The government could have rolled over the home insulation scheme but chose not to, in spite of the fact that heat – mainly from gas – produces around a quarter of the UK’s emissions. Where was the shift in taxes in which people were rewarded for going green and punished for being polluters?

Once again, another Budget passed the critical problems facing the nation on to younger and future generations to bear.

Photo by Marianna on Pexels: www.pexels.com/@marianna-15577