The Office of the Independent Adjudicator for Higher Education (OIA) has reopened its consultation into the process by which students can make Large Group Complaints. IF intern Hugh Nicholl explores the implications of the OIA’s latest proposals for students affected by COVID-19 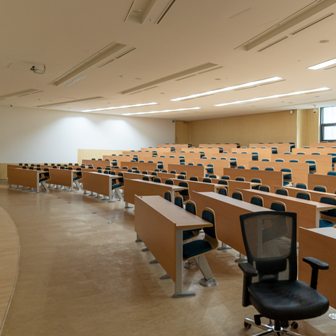 It has not been a fun twelve months for students. Some have not been back to university for nearly a year. Many made a brief trip in the autumn only to be locked up in cramped halls, lured in by promises of in-person contact. None have had the experience – academically or socially – that they hoped for.

Yet students have made little progress in the struggle to get their concerns addressed, leaving many exasperated. Indeed, for all the petitions, open letters, and meetings with universities that have been organised, students remain overly reliant on the goodwill of universities – and ultimately the government – in recognising and solving the huge issues that the coronavirus pandemic has raised.

With the Office of the Independent Adjudicator for Higher Education (OIA) reopening its consultation on Large Group Complaints from students, however, a new route to redress may be opening up, and when the OIA’s new rules are implemented, they could provide a much-needed mechanism for students to collectively launch complaints against higher education providers.

What is the OIA consulting on?

The OIA is the body that runs the higher education student complaints system in England and Wales. Superficially, the OIA seems designed for just this kind of moment: rather than leaving students powerless when mistreated by universities, the complaints watchdog provides a formal means by which students can escalate their concerns once they have been dismissed by a provider’s internal complaints procedure.

In addition to its existing mechanisms for individual students to make complaints on matters such as university teaching, assessment, accommodation, and welfare, the OIA has been developing its own set of procedures to deal with Large Group Complaints, defined as complaints shared by at least 100 or so students “where there is a high degree of commonality between the complaints”.

The development of these rules has taken on a renewed significance in the wake of COVID-19 and the collective disruption of higher education it has caused. The OIA’s consultation – initially launched last November – provided a welcome recognition that a collective, streamlined process was much more appropriate for dealing with large-scale complaints shared by many students.

Why is the consultation needed?

The need for a Large Group Complaints procedure was recognised before the COVID-19 pandemic, with industrial action in 2018 and 2019 the main reason for its launch. Of course it is in the interests of higher education institutes for large group complaints to be streamlined, since it provides a cost saving – cheaper than having to hire extra staff to manage individual cases.

But the issue has taken on a new urgency over the past year because of the huge collective impact that the pandemic has had on students. In December the Office for National Statistics reported the results of a set of student surveys undertaken during the preceding term. With regards to mental health, three separate surveys all found that over half of students reported a deterioration in their well-being and mental health, while 29% described themselves as dissatisfied or very dissatisfied with their academic experience.

Many students have also suffered financially due to the pandemic. Of particular concern has been the rent students are being charged for accommodation they are not legally allowed to travel to. The 2021 National Student Accommodation Survey, published this week by Save the Student, estimated that so far this academic year nearly £1 billion (£930,270,890) has been spent on unused accommodation, even once any discounts and refunds have been taken into account.

The government has done little to address these problems. In fact, with no apparent awareness of the pressing issues facing students today, the government’s latest higher education announcement concerned a new “free speech champion”, when what students really need is a champion for mental health. The government might argue that it has offered compensation to students in the form of its recent £50 million package of additional support for financial hardship. Yet at the equivalent of just £21 for each of the UK’s 2.38 million students, it is clear that this support does not go far enough. The UK’s student population, then, has found itself notably lacking in support and resources for addressing the problems caused by COVID-19.

What does this mean for students?

This marks a welcome change to what can be a tiresome procedure for students to conduct by themselves. After all, if many students are facing the same problems, it should not be down to every individual to wade through the bureaucratic swamp of internal complaints processes, especially at a time when students already have more than enough to be worrying about.

When these rules do come into effect, then, students will benefit from a simplified and streamlined complaints procedure that allows them to share the administrative burden of navigating complaints rules. To the students who have been reluctant to complain on an individual basis in the past, look to the OIA’s Large Group Complaints procedure!