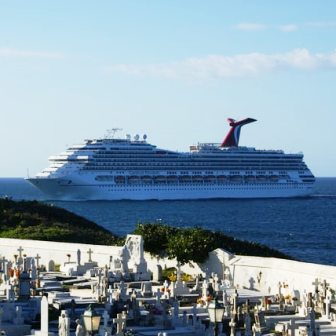 Finally, a return to relative normality feels like it is on the horizon. The development of a range of effective vaccines has given us the confidence to begin planning how this normality might be achieved. One policy move that is being toyed with as a way of fast-tracking this process is the introduction of vaccine passports, which could be used to give the vaccinated portions of the population a range of freedoms, from international travel to relaxed restrictions to socialising.

According to google, the use of the phrase “vaccine passport” seems to be climbing up the media agenda, and is getting close to knocking “the new normal” off the top spot in COVID-related articles. Interest in the phrase has spiked, thanks largely to Boris Johnson calling vaccine passports an “inevitable” requirement for international travel. As of early February, this seems their most likely application, especially in light of Vaccines Minister Nadhim Zahawi’s statement which ruled out the use of vaccine passports “for our domestic economy”.

However, this government has shown itself to be more than U-turn happy, with high profile corporate lobbyists also adding their weight in order to justify the domestic use of vaccine passports to fast-track the reopening of their businesses. So it is worth considering the implications of all potential applications of such a passport.

The economy and vaccine passports

Allowing some consumers back into industries that have been crippled by the virus would undoubtedly alleviate some of the economic pressures facing businesses shut down during the national lockdown, but is there an elephant in the room? Although the vaccines deliver personal protection from the virus, with an efficacy of 82% from Oxford-AstraZeneca and 95% from Pfizer, their effectiveness in reducing transmission is far more uncertain. For example, the first indication from Oxford-AstraZeneca suggests a potential reduction in disease transmission of up to 67% – significantly lower than the personal protection they provide.

We are also likely to be confronted with a range of variants that could be even more evasive than those currently circulating. If the vaccinated population of the country are let loose, either internationally or domestically, they may well be personally protected from the virus, but there is far less evidence to suggest that they will not spread it to the unvaccinated.

From a young person’s perspective, we have willingly sacrificed a year of our youth so far in order to protect the health of older generations and the clinically vulnerable, even though we are much less likely to be medically affected by it. We have also supported the prioritisation of older generations to being vaccinated before us.

It would be a massive intergenerational injustice, then, to discriminate against my generation by using vaccine passports as a barrier to our generation’s exiting of lockdown.

New variants and the young

The perception has been that younger people are not at risk from COVID-19, yet newer variants have shown to be more likely to result in moderate-to-severe symptoms in younger people. Releasing older generations from lockdown with passporting, while providing them with some level of personal protection, may well increase transmission of new variants among the young.

The government has repeatedly emphasised that its Number One priority is the prevention of pressure on the National Health Service. This, largely, has been at the expense of the economy. The trade-off has been that economic normality cannot at the moment coexist with public health normality.

If vaccine passports are introduced, it would show that that trade-off no longer applies – that the health of younger people is worth sacrificing for the sake of the economy, unlike the health of older people.

Vaccine passports are a one-way ticket to intergenerational resentment.

If older generations are allowed to travel internationally once they are vaccinated, then who will be driving their taxis to the airport? Who will be staffing their flights or cruise ships? The answer, as it stands, is unvaccinated young people.

If vaccine passports were to be applied domestically, to pubs, restaurants and venues, this would require a further army of unvaccinated young people to staff. These staff would have to work to serve older generations, whilst being locked away in their free time.

Boris Johnson’s consistent narrative has been that “we are all in the same boat”, but in a world of vaccine passports there is a big difference between sleeping in a cruise ship and sleeping in a bedsit.