World leaders have taken some key steps forward regarding climate change over recent months, thus restoring some public confidence in global cooperation. One of the most effective ways in which countries can work together to reduce emissions is through emissions trading. IF researcher Melissa Bui looks at progress made on this front 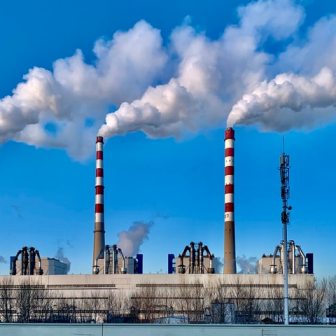 What has the pandemic crisis taught us about international cooperation? German Chancellor Angela Merkel offered an answer to this question in her virtual speech to the World Economic Forum’s Davos Agenda Summit on 23 January: “industrialised nations have become too inward looking… Shutting themselves off against others will not help tackle either the climate crisis or COVID-19.”

Angela Merkel’s words come at a time when – at least with respect to international cooperation on climate change – the winds appear to be shifting. For instance, alongside rejoining the Paris Climate Accord, America’s new president Joe Biden has ordered that plans be developed to implement “the most aggressive” cut to emissions possible. China has also set in motion its new national carbon emissions trading system as of 1 February.

These are certainly significant moves in the right direction, given that China and the US are respectively the first and second largest emitters in the world. However, to be able to reduce global emissions effectively in the long run, countries need to work together.

One of the ways in which nations can cooperate is through linking their emissions trading systems, but how widely has this policy been adopted and how far have we got with ensuring that the different systems are compatible with each other?

Since 2005, European Union member countries as well as Iceland, Liechtenstein and Norway have been participating in the European Union Emissions Trading System (EU ETS).

This system requires firms involved in energy production, aviation or industries whose activities are energy-intensive to emit within the limits allowed under their permits. Permits either can be bought from the government or are provided for free in special circumstances, and any excess allowances can be sold to other firms either domestically or overseas.

This essentially sets a price on carbon emissions. Given that the quantity of permitted carbon emissions will reduce gradually over time, companies are therefore incentivised to transition into using zero- or low-carbon technologies. Auctioning carbon permits also generates money for the government. Such a scheme is more generally referred to as a “cap-and-trade” system.

Unfortunately, it typically takes time for carbon prices to become high enough to be able to impact investment decisions. For years the EU ETS carbon price was depressed, partly because the financial crisis had reduced the output of firms to the extent that there was little need to buy more permits. The provision of free allowances to firms expected to struggle competitively because of increased costs also further drove the price down.

These trends have changed drastically over the last few years. As a result of several reforms to cut the cap on emissions more drastically, the price of carbon has more than trebled over the past two years, reaching the record price of €31 per tonne in December.

The EU ETS was, until recently, the largest carbon market in the world. However, its position has now been superseded by China, which is aiming to incorporate around a third of its market in its national emissions trading system. As with the EU ETS, prices will take time to rise. For now, emission allowances are being allocated to companies for free, but over time they will be phased out to allow carbon prices to rise enough to have a meaningful impact.

It’s important to note that China’s ETS is not yet compatible with the EU ETS. China’s system currently sets a cap on carbon intensity and not on carbon emission levels, meaning that only the most environmentally inefficient firms will be affected in the short run. Total emissions can still rise as long as firms also increase their output. This is because China’s economy is still developing and its emissions have not yet peaked. It is predicted that a cap on emissions will be introduced once this peak has been reached, which is estimated to be in 2028.

The reason why this matters is that if carbon trading markets are not compatible, there is a risk that firms will be incentivised to relocate their production processes overseas where the cost of carbon emissions is lower. This is referred to as carbon leakage.

One way in which this issue can be avoided is by introducing carbon duties on imports from countries that have yet to adopt a compatible carbon pricing system (either through a similar emissions trading system or through a carbon tax); however, countries have largely been hesitant to implement a carbon border tax because of the potential tensions it can raise in trade disputes.

Carbon leakage is also a concern in the UK. Since leaving the EU, the UK government has decided to separate from the EU ETS with the aim of pursuing more ambitious climate targets through a UK version of the emissions trading system. The UK ETS will supposedly aim to reduce the cap on emissions to 5% below the UK’s share under the EU ETS system. These more ambitious targets, while commendable, increase the risk of firms moving production elsewhere to avoid higher prices.

The risk of carbon leakage is even higher if no carbon pricing mechanism has been introduced at all. For instance, in the US, although a number of US states have already introduced a cap-and-trade system, a national system has yet to be implemented. Introducing a carbon border tax with the US would be difficult.

US government officials have already questioned the fairness of a EU carbon border tax (also known as the carbon border adjustment mechanism) which is expected to be tabled in June. They question whether there is a need to impose carbon duties on US imports if progress is already being made with reducing carbon emissions through other means. As the UK hopes to secure a post-Brexit trade deal with the US, it is unlikely that we will take this step.

The US is not the only nation to have expressed their opposition to the idea of a carbon border tax. A senior Chinese diplomat has also called for more consultation on whether this policy will truly benefit trade and the environment.

If a border tax is not implemented, then the only other effective method for reducing emissions worldwide would be to make emissions trading systems compatible with each other so that a global carbon price can be formed. In the words of Lídia Pereira, a member of the European Parliament delegation for relations with China, “We can only win together, or we will lose together.”