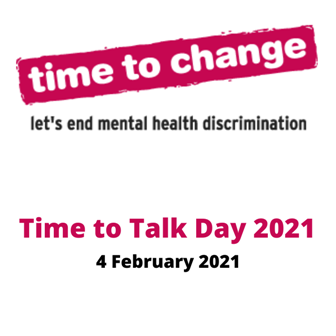 “Time to Talk Day” is one of the most anticipated mental health days in the calendar. Falling on a day during Children’s Mental Health Week every year, its theme centres around encouraging more open discussions on mental ill-health, tackling stigma as well as all of the struggles that might arise as a consequence – such as a sense of worthlessness, shame, guilt and embarrassment.

Since the last Time to Talk Day in February 2020, children and young people have faced an unforeseeable increase in the risk of developing mental health problems as a result of the pandemic. Mental health services have been disrupted, families have faced blows to their income, face-to-face social interactions have been restricted for extended periods of time and school life has largely shifted online. These changes are thought to be responsible for increasing the prevalence and severity of mental health problems among children and young people.

As an organisation that exists to make sure that young people are treated fairly, IF has also observed a disappointing rise in the negative and unsympathetic rhetoric surrounding younger generations. For instance, children and young people have previously been blamed for the rising number of COVID-19 cases. We would like to take this opportunity to emphasise the importance of shifting the discourse away from scapegoating and towards more positive discussions on how to treat mental health problems and the factors that are exacerbating them.

Using young people as a scapegoat for rising COVID-19 cases is not helpful and is potentially counterproductive to encouraging young people to seek help for their mental health problems. To minimise the mental health consequences of the pandemic, steps need to be taken not only to directly tackle the issue, but also to address the root issues that are triggering declines in mental health too.

The mental health cost of COVID-19

In early September last year, around the time when the new academic year was starting, the Health Secretary of the UK, Matt Hancock, had some not-so-comforting words to offer to children and young people: “Don’t kill your gran by catching coronavirus and then passing it on.”

This kind of language is an example of the lack of empathy for younger generations observed over the past year – despite the fact that younger people are also bearing the brunt of both the mental-health and economic cost of the pandemic.

For many children, and particularly those with pre-existing health conditions, distance-learning is proving to be extremely challenging, and potentially damaging for their mental health. A YoungMinds survey, conducted with 2,011 young people with a history of mental-health conditions between mid to late September 2020, demonstrated that a higher percentage of respondents reported poor mental health since returning to school (69%) compared to before they came back to school (58%).

In another example of pressure on young people, university students are being forced to pay for term-time accommodation that they are not allowed to use as well as full tuition fees for learning that is either largely or entirely delivered online.

In early December, students were offered a period of around six days to return to their non-term time address for the Christmas break. Government guidelines were updated during this window and students were advised against returning to face-to-face teaching unless it was important for their course. Return was later completely prohibited under the new national lockdown rules.

Recent ONS survey results reveal that 63% of student respondents reported worse mental health since the start of the academic year. According to the figures, students who are living under different arrangements in the current term compared to the autumn term (which mostly refers to individuals who had gone home and couldn’t return) were more likely to indicate a decline in their mental health than those who were still living in the same place.

Time to talk about funding

It’s also time for us to have an honest conversation about funding for mental health services.

While the rapid provision of digital mental health treatments has been commendable, many services are still lacking sufficient funding to be able to fully meet the increasing needs of young people during lockdown. In the latest episode of our podcast What IF? (Episode 2: What IF the Government invested more in young people’s mental health?), Emily Price, a third-year history student from Newcastle University, explained how she was no longer eligible for mental health support from her university because she had already received her allocated three hours of therapy over the phone during the first lockdown.

Unfortunately, Emily’s experience is not an isolated case. The YoungMinds survey mentioned above also revealed that around 40% of young people claimed that their school had no school counsellor available to provide support. A different YoungMinds survey of GPs prior to the pandemic also showed that only 20% felt that they had adequate training in responding to mental health problems exhibited by infants, children and young people.

Although some may question the economic feasibility of increasing spending on children and young people’s mental health under current circumstances, previous research by the Intergenerational Foundation has shown that it makes economic and, more specifically, fiscal sense to do so. We have estimated that the government loses approximately £2.9 billion from a single cohort of individuals as a result of depression. This would be enough to pay for 350 sessions of cognitive behavioural therapy for each individual – much more than an individual with a mental health disorder typically needs for treatment to be effective.

Despite these worrying statistics, there does seem to be a silver lining. The government has recently announced a £50 million support fund to help university students facing loss of employment and/or additional costs for alternative accommodation, or to support access to remote teaching amid COVID-19. This is certainly a step in the right direction and it is likely that the campaigns for rent discounts will have played a role in this decision.

Experts have suggested that, as an unintended consequence, it is possible that the shared experience of living under national restrictions could have increased general public awareness of mental health issues, and thus potentially reducing mental ill-health stigma. According to a group of researchers from the School of Public Health at Imperial College London, “the awareness of COVID-19’s universal threat to our wellbeing has connected people in a new way worldwide. Despite the COVID-19 pandemic’s devastating effects, going forward, this pandemic could dramatically reduce mental health stigma leading to increased mental health help-seeking globally; talking about our mental health will become a new norm.”

Both examples are a further testament to the benefits of talking more openly about mental health disorders. We need to make sure that these positive trends do not disappear with the pandemic once the situation improves.