The government has recently consulted the public on their wide-ranging set of proposed reforms to the planning system in England, which, they argue, will reduce delays and uncertainty for developers and enable more new homes to be built for first-time-buyers. David Kingman explains IF’s position on whether these reforms go far enough to really make a difference for first-time-buyers 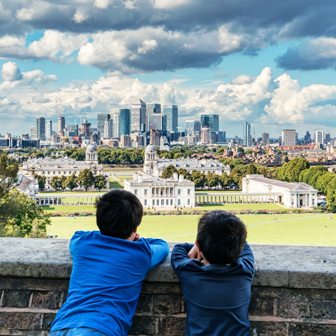 Everyone knows that we currently have a housing crisis in the UK, for which the planning system is often given a large share of the blame. Earlier this year, the government announced a wide-ranging programme of reforms to the English planning system which it articulated in its policy white paper, Planning for the Future, which attracted a large amount of media coverage and public debate.

Throughout the autumn, the government held a public consultation on the design of its proposals for reforming the planning system through which interested parties were invited to give their views. As we do for lots of public consultations on government policies which will affect younger and future generations, IF made an official response in which we set out what we think of the proposals.

The government’s reforms appear to be designed to move the English planning system somewhat closer to “zoning” systems which operate in some other countries, where land is designated into various “zones” which have different rules governing what can and cannot be built there.

Under the government’s proposals, land will be divided into three categories: “growth”, “renewal” or “protected”. If land is designated for “renewal”, councils will be expected to look favourably on new developments. In “growth” areas, new homes, hospitals and schools will be allowed automatically. Areas of outstanding natural beauty and the Green Belt will come under the “protected” category, while the proposals also say that “beautiful buildings” will be given special priority (although how this will work in practice is unclear).

The plans also include the “first homes scheme”, to provide newly-built homes at a 30% discount for local people, key workers and first-time buyers; this could help younger buyers get onto the property ladder, although the discount is supposed to be maintained in perpetuity (i.e. the purchasers can only sell this home on at a 30% discount to its market value in the future). Developers would be allowed to include these homes within the quota of affordable housing which they have to include on most types of new development.

What does IF think of the proposals?

The white paper’s proposed reforms have drawn a wide range of responses from different commentators.

Some of the proposed reforms concern the local plan-making process and making greater use of digital technology within the planning system, and these have drawn a generally favourable response. Some of the other ideas within the white paper – for example, the proposed changes to the way in which affordable housing will be provided – have been quite heavily criticised.

In our response to the consultation, we focused on making three specific arguments. Firstly, we echoed the criticism that others have made that the proposed reforms don’t include any alterations to the government’s current policy towards the Green Belt (or other protected categories of land, such as conservation areas).

Given that these proposals have been presented as a set of radical reforms to the English planning system, this represents a missed opportunity. The Green Belt now covers around 13% of all of England’s land, compared to only 2.3% which is covered by urban areas, and research has demonstrated that over a third of Green Belt land is used for intensive agriculture which may actually be harmful to biodiversity and the natural environment. Furthermore, by rendering land within cities more expensive, the Green Belt actually makes it harder to create parks and private gardens, which have been shown to support much greater biodiversity than intensive farmland does (not to mention that public parks are usually fully accessible to the general public, unlike most of the Green Belt).

Research has repeatedly shown that the existence of the Green Belt has artificially inflated property prices, particularly in London and the South East, which has contributed to the housing affordability crisis facing young people. Research has also shown that releasing for development small areas of the Green Belt which are close to train stations could create almost 1.5 million new homes in England while having very little impact on biodiversity.

It seems unlikely that the UK’s problem with the undersupply of housing can ever genuinely be solved unless reforming the planning system includes a meaningful review of how we protect green space and what that protection is attempting to achieve – which are questions that the white paper currently ignores.

Secondly, we argued that while using digital technology to make the planning process more democratic sounds good in theory, in reality this process is likely to need careful management to ensure that it doesn’t just result in groups who are opposed to new development being given more opportunities to make their voices heard.

We pointed out in our response that local democracy in the UK has historically tended to empower local elites to make more decisions about what is best for the future of their local areas, rather than attracting a range of views which is genuinely representative of the people who live in them. This is most visible when looking at the demographic profile of the people who serve as local councillors in England and Wales: data from the Local Government Association’s National Census of Local Authority Councillors have consistently shown that local councillors are usually much more likely to be male, above the age of 50, white and university-educated than average for the population of the areas which they represent.

Previous attempts to inject a larger dose of local democracy into the planning process are also not especially encouraging in this regard: research published by the planning consultancy Turley Associates in 2014 found that over half of all the neighbourhood plans which had been submitted to the planning inspectorate since the passage of the 2011 Localism Act had focused on resisting new development.

In order to ensure that a genuinely representative sample of the local population participates in the planning process, it will be important for local authorities to go out of their way to try and engage with other stakeholder groups, particularly including young people, private renters and people who work in an area but can’t afford to live there, to ensure that local plans reflect a diverse range of people’s views on what the future of the places they live and work in should look like.

We were pleased to see the recent policy announcement that new homes which are created under permitted development rights will have to abide by the minimum amounts of living space per unit which is set out in the Nationally Described Space Standards. The fact that many of the dwellings which had been created under the office-to-residential permitted development right were very small was an issue which IF highlighted in a research report we published earlier this year,  where we recommended that space standards should become part of the prior approval process for this type of development.

Other research has highlighted that there is a range of additional problems with the quality of homes which have so far been built under permitted development rights, including a lack of natural light, lack of outdoor space and access to public open space, a poor mix of different sizes of dwellings in these developments, and a tendency for these dwellings to be created in areas with poor access to amenities and public services.

Therefore, given the recent expansion of permitted development rights and the likelihood that a larger share of new housing delivery may come through this route in the future, it would be sensible if reforms to the planning system looked at how the prior approval process can safeguard the quality of these properties more generally.

There were many other points which we could have made in response to the wide-ranging reforms which were set out in the government’s white paper, but we felt that these ones were the most salient issues which needed to be prioritised in the interests of helping more young adults access housing which is affordable, secure and able to provide them with a decent standard of living.

The political debate over these reforms is probably only just beginning, so it will be very interesting to see how many of the ideas that were contained within the white paper eventually end up on the statute book.