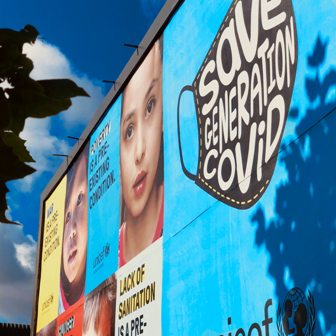 As different parts of the country readjust to tighter restrictions under Tier 2 and Tier 3 measures, concern over the mental health cost of the pandemic for children and young people continues to rise. However, as is the case with any major point in history, it’s difficult to gauge the impact of a crisis whilst it is still in motion.

Although early evidence has already provided us with a partial picture of the scale of the impact, large-scale collection of data helps us to build a fuller picture of the patterns across the population, but typically this can take months or years to collate.

NHS Digital has recently released one of the first comprehensive studies into young people’s mental health during the pandemic, conducted by a team of researchers from the Office for National Statistics, National Centre for Social Research, University of Cambridge and University of Exeter. It’s based on data collected from 3,570 children and young people in July 2020 and is the first follow-up to the Mental Health and Young People Survey 2017, England’s leading source of data on trends in child mental health.

One in six children likely to have a mental health disorder

The study focuses on comparing the characteristics and circumstances of young people identified as likely to have a mental health disorder with those unlikely to have one.

The findings confirm common suspicions: there has been a clear decline in mental health amongst children and young people. One in six (16.0%) children aged 5–16 years were identified as having a probable mental disorder in July 2020, a figure which has increased by 10.8% since July 2017. Children with a probable mental health disorder were also considerably more likely to say that lockdown had made their life worse.

While these trends cannot be explained with great certainty at this stage, the study points to a number of possible explanations. During the months preceding the period examined in this study, claims for universal credit from families had already increased by 1.6 million between February to May, according to the Institute for Fiscal Studies (IFS).

In the NHS study, children in families experiencing financial strain were more likely to have poor mental health. One in twelve children studied were found to live in a household that had fallen behind with payments, and those with a probable mental health disorder were more than twice as likely to be in this position than those unlikely to have a disorder.

For one in twelve children, and one in twenty-five young adults, this meant that they could not afford food or had to rely on food banks for nutrition.

Furthermore, with no school, and restricted access to outdoor spaces, children’s everyday routines have been majorly disrupted. Problems with sleeping were commonly reported amongst 28% of all 5–22 year-olds. Young people aged between 17 and 22 with a probable mental health disorder were more likely to report sleeping difficulties than other age groups.

Unfortunately, during the period when children and young people with mental health problems were most in need of support, it seems as though frequency of contact with support systems fell below standard. Children with a probable mental health disorder were 13% less likely to receive regular support from school or college.

With regards to mental health services, early reports have already revealed how access to services has not been possible for many young people during the lockdown. However, the data also suggest that the pandemic has deterred some people from seeking help. Approximately one in five 17–22 year-olds with a probable mental health disorder chose to not seek help over a mental health concern due to the pandemic. A smaller – but still considerable – proportion of parents (8.2%) also chose not to seek help for their child.

The area in which the government is facing particular scrutiny is their decision not to extend the free school meals scheme for children in England over the holidays. Although the Prime Minister has claimed that the government will protect children through increasing universal credit payments and spending on local authorities, critics have argued that the numbers don’t add up.

On the other hand, recent IFS estimates suggest that extending free school meals to cover the Christmas and February half-term holidays is relatively affordable; it would only cost an amount equivalent to 0.05% of the direct cost of the measures announced to tackle the pandemic. The findings from the NHS study suggest that doing so could provide a lifeline for numerous children whose families are struggling to afford food.

The government also has a vested interest in increasing spending on children’s and young people’s mental health. Our recent research into the fiscal cost of mental ill health demonstrates that investing more makes not only moral sense, but economic sense too. We found that a single cohort of young people with depression cost the government approximately £2.9 billion in lost net tax revenues. This was estimated using pre-pandemic prevalence rates of depression; if the prevalence of mental health disorders has increased as the NHS study suggests, the fiscal cost is likely to be even higher now.

We expect further comprehensive data on children and young people to be released as the pandemic progresses. However, we do not need – and can not afford – to wait too long if we want to prevent the “lockdown generation” from becoming the “lost generation” further down the line.