In extreme circumstances, medics had to prioritise COVID-19 victims who could most benefit from intervention – and that often meant discrimination by age. IF Research Intern Hugo Till looks at the ethical dilemma that this poses 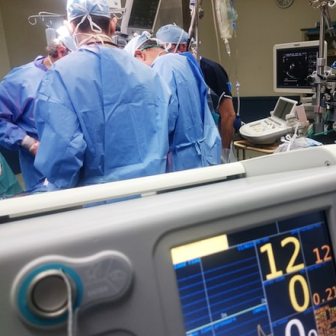 Early on in the pandemic, we all heard heart-wrenching stories of Italian doctors rationing out ventilators, and deciding who should have a chance at life. Inevitably, some of the criteria that were used attracted controversy, and in particular those that related to age. In Bologna, patients over 80 were not considered for this last-ditch intervention, nor were those over 65 with co-morbidities. But in most cases age discrimination in healthcare is routinised, if far less overt.

The World Health Organization (WHO) uses the Disability-Adjusted Life Year (DALY) system to allocate its healthcare resources and research funding, which discounts the value of each additional life year as we reach old age. This means that treatments that give an additional ten years of life to a 20-year-old will be prioritised over those that provide the same benefit to a 70-year-old.

The pandemic has put a finer point on these ethical dilemmas. Ethicists such as Professor Dave Archard have argued that using age as a determinative criterion is “wrongly discriminatory because it licenses differential treatment based on ‘unwarranted animus or prejudice’ against old people” – in principle no different to using race or gender. King’s College London academics have pointed out that being male or a person of colour are also reliable indicators of poor prognosis for COVID-19, but we would not dream of using gender or race as criteria for medical treatment.

But such arguments overlook the fact that in some healthcare scenarios, age is a salient difference (in a way that race and gender differences are not) due to our everyday views about the value of life and the badness of death, and so discrimination and differential treatment can be permissible. However, we should constantly be wary that permissible discrimination against older people does not translate into further stigmatisation and marginalisation.

Equal treatment for all?

According to one interpretation of the principle of equal treatment, the ideal world is one where everyone is difference-blind. People’s rights and opportunities should not depend on accidental and unchosen features such as their gender, race, sexuality, or indeed age. In a just society, people’s group identifications melt away and everyone is treated as an individual, free from harmful stereotypes and prejudice.

But this ideal of equality as the transcendence of group difference has been challenged by critical gender and race theorists. Minority groups might have the formal rights to be judged by the same standards as dominant groups, but these standards themselves are culturally specific and are implicitly defined by and for privileged groups.

For instance, the law guarantees women the same formal rights and opportunities for career progression. But in reality, for women to realise these opportunities they might, for example, have to internalise destructive masculinist norms of overworking, at the expense of neglecting their care-giving responsibilities. The socially necessary and valuable work of pregnancy and childcare means that many women cannot (and indeed should not) adopt these working norms, so women’s generally lower status in the workforce persists.

At risk of stating the obvious, hospitals, and the caregivers that make them possible, seek the health of the people they treat, which in turn allows patients to realise more completely all the things that makes life worth living. At the extreme end of this is the avoidance of death.

The death of Anne Frank at 15 or John Keats at 25 is regarded as tragic in a way that the death of Thomas Hardy at 82 or Rosa Parks at 92 is not. The former pair’s death deprived them of many years of life that were allowed to the latter, so in a sense their loss and misfortune was greater.

In a first-person sense, our lives seem to stretch out indefinitely in front of us in a series of open-ended possibilities, so we might regard death at 92 or even 902, however inevitable, as a tragic and permanent cancellation of the possibility of all future goods.

But viewed from outside, we know that even now, most people do not live much past 100. The possibility of living for another 50 years was much more distant for Hardy and Parks than it was for Anne Frank or Keats, so its deprivation is less of a tragedy. It becomes hard to see the natural limits of human life as themselves a misfortune: in the same way that blindness is not unfortunate for moles, neither is mortality for people. Although in a first-person sense, a tragic end might be in store for us all, viewed from outside, some deaths are more tragic than others.

And it is not just that when young people die, they fall short of the possible life-span of a person. If their death comes abruptly, they will have life-plans that will remain unfulfilled, dreams yet to be realised. Older people do not have their whole lives ahead of them in quite the same way: although of course they will have plans for the future, in most cases they will already have had opportunities to meet some of their goals. Given the natural limits on our lives, it would be unwise to save up all of the things you want to do in life for your 90s

The rule of diminishing returns

All of these considerations are relevant for healthcare. The fact is that on average, an 80-year-old is far less likely to get 50 years of additional life from being on a ventilator than an 18-year-old. And even if they did, it would be less likely still that these would be 50 years of healthy living that would allow that person to pursue their conception of the good life. And so their death, although of course terrible, is less of a tragedy and ultimately less bad.

Thus in conditions of genuine medical scarcity, but also in more routine contexts such as the question of where the WHO should allocate its research funding, age is a salient factor, not dissimilar from the obviously uncontroversial practice of discriminating by whether people are actually ill. For not only by tending to the sick, but also by tending to those that have most of their lives ahead of them, can hospitals and doctors most nearly realise their purpose of giving people the best chance to live a healthy and fulfilled life. And this judgment is not a consequence of ageism or prejudice, but views that we all share to a large extent about what makes life worth living, and death a tragedy.

But we should be constantly vigilant that legitimate age discrimination does not translate into the further marginalisation and stigmatisation of older people. They already suffer from stereotypes of fragility, and are often subject to condescending treatment due to the false presumption that they are unable to carry significant responsibilities, both professional and personal – worse still if they were widely treated like parasites on public resources, whose increasingly inevitable death would be no great tragedy.

The fact that, all else being equal, an 18-year-old has a stronger claim to a ventilator than an 80-year-old under conditions of desperate scarcity does not and should not imply that the latter’s life is not of immense value, and that they are not entitled to a range of public goods. The oppression of older people in certain social contexts is a very real problem, but is not necessarily worsened by legitimate age discrimination in healthcare.