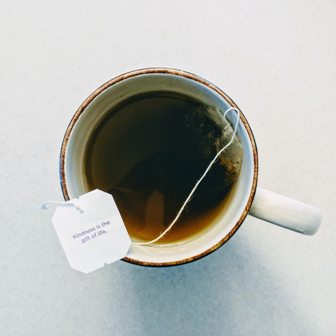 Media coverage of environmental issues – such as plastic and climate change – has helped to trigger global environmental movements over the years. Although we have a lot of reasons to be grateful that these issues have become particularly newsworthy, what happens when the key environmental priorities reported in the media do not align with those within the scientific community? Melissa Bui explores the problem

If you watched the latest episode of the BBC’s War on Plastic series, then you would have discovered that approximately 11.6 billion microplastic particles are released from a single teabag, according to researchers from McGill University in Montreal, Canada. Advances in measuring techniques have meant that scientists can more accurately detect the presence and concentration of microplastics, which have led to the discovery that they can be found in almost every part of our everyday life – not only in our teabags, but also in our food, the air, our water – at surprising levels of concentration. One study by the World Wide Fund for Nature estimated that we consume the equivalent of a credit card’s worth of microplastics a week.

Microplastics is the umbrella term for plastics which range from 0.05 to 5mm in size and exist either because they have been designed to be small (for example in the case of microbeads used in “rinse off” skincare products), or form after breaking off from larger pieces of plastic.

In the UK, the government has already decided to take some action against microplastics. They joined a number of countries in banning the use of microplastics in cosmetic products in 2018, which was estimated to reduce the amount of microplastics entering the ocean by 1-2% by 2025.

However, there is no scientific consensus on the risks posed by microplastics. Some members of the scientific community have expressed their irritation at how environmental issues are being covered in the media – and that includes the coverage of issues around microplastics.

Whilst these findings are certainly alarming, our understanding of the consequences is still limited.

Researchers have speculated that microplastics may pose a danger if they can harbour diseases and bacteria which can be passed on to animals, although this has yet to be demonstrated experimentally. There has also been evidence suggesting microplastics can affect the digestive and reproductive ability of marine animals if ingested, although this has only been found to occur at concentrations that are higher than what exists in reality.

Nevertheless, it is possible that this may change in the future as the concentration of microplastics increases. Two academics from the University of Gothenburg and Norwegian University of Science and Technology have estimated that, if we continue producing plastic at current rates, microplastic concentration levels could pose environmental risks in 15–30 years, although the researchers note that these are “back-of-an-envelope” approximations.

If we find that we do need to reduce the amount of microplastics in the environment, this would require drastic changes to be implemented, as most of our current filtration systems are not effective with microplastics.

The role of the media

Still, scientists have emphasised the need to not over-emphasise the importance of issues whilst the evidence about their consequences is still premature.

Microplastics are just one example of an issue that many experts feel has been sensationalised over the years. Overstating what we do know about the risks can have negative externalities; for instance, it can distribute money away from research that is considered to be higher priority in the scientific community.

One study into the framing of microplastics in the literature and in media found that, whilst only 24% of scientific studies present microplastic risks as established, 93% of media articles imply that the risks exist and that it is highly probable that there are harmful consequences. These media reports play a key role in framing scientific knowledge to the public.

The same academics who produced the “back-of-an-envelope” estimates mentioned earlier also argue that they can provide “perverse incentives” for academics to focus on searching for new risks that have yet to be widely publicised.

Furthermore, we need to be careful whether our current alternatives are any better. As written in a previous IF blog, alternatives to plastic – including glass containers – are typically much heavier and thus require considerably more energy to transport. The recent findings of microplastics in teabags has led to a surge in interest in plastic-free teabags, including ones made of plant-based paper. As is the case with bags used for shopping, making teabags using paper or plant-based materials uses a lot more resources than plastic.

Our decisions on what to do about microplastics must also take into consideration whether the alternatives will make us worse off.