A new report from the House of Commons Treasury Select Committee has made a range of recommendations regarding how the government should address some of the economic challenges which the COVID-19 crisis has caused. One of its most eye-catching suggestions is that the “triple lock” on the State Pension should be lifted next year to avoid the State Pension being artificially inflated. David Kingman looks at what their report could mean for intergenerational fairness 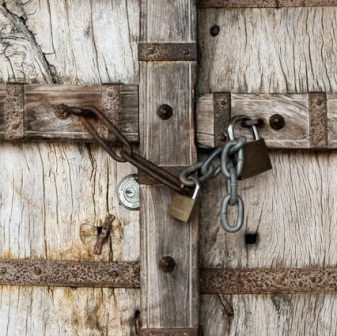 The economic harm caused by the COVID-19 crisis has been immense, and with a significant rise in unemployment being forecast for the latter months of this year and a possible second wave of infections looking increasingly likely, it seems almost certain to get worse before it gets better.

So far, the government has implemented a range of policy measures which were designed to try to mitigate the economic fallout from the pandemic, most notably by spending billions of pounds through the Coronavirus Job Retention Scheme and the Self-Employment Income Support Scheme to try to protect people’s jobs – although these schemes are now being wound down ahead of their complete removal in October.

A recent report by the House of Commons Treasury Select Committee made a series of recommendations about what else the government should do to try to reduce the economic damage which is being caused by COVID-19, which included a couple of eye-catching proposals that would have significant impacts for young people and intergenerational fairness.

The Select Committee’s report highlighted that the COVID-19 crisis has hit some groups within society much harder than others. In particular, people working in low-paid sectors, people who belong to ethnic minorities, women with childcare responsibilities, and – most significantly from IF’s perspective – younger adults and private renters, were identified as the groups who’ve felt the biggest negative impacts from the crisis.

Specifically with regard to younger adults, the Select Committee presented evidence in their report which showed that the relationship between someone’s risk of being either furloughed or losing their job and their age appears to be U-shaped, with much higher job losses for both workers aged 18–24 and those who are in their 60s than have been experienced by those in the age groups in between.

Some of the evidence which was presented to the Select Committee also highlighted the problems which large numbers of private renters have had paying their housing costs, as it appears that private renters have been 50% more likely than people with mortgages to have experienced difficulties in this area.

The higher levels of furloughing and redundancies which younger workers have experienced since the COVID-19 crisis began have largely occurred because these workers are disproportionately likely to work in the sectors of the economy that rely the most on in-person interaction, such as hospitality, retail, leisure and tourism.

The government has put in place a number of measures which are designed to try to prevent very high unemployment amongst workers who are at the beginning of their careers, as there is evidence from previous recessions to show that being unemployed when you are young can result in a “wage-scarring” effect which significantly retards your earning power for many years afterwards.

These have included the Coronavirus Job Retention Scheme and similar support for self-employed workers, as well as the Job Retention Bonus Scheme (which will give employers £1,000 for each worker who they keep on up to next January) and the Kickstart Scheme, which will provide additional funding for employers to create placements for 16–24 year-olds.

The living standards of young adults who lose their jobs have also been protected to some extent through increases to the generosity of the main welfare benefit, Universal Credit, which have made it easier for young renters in particular to access.

However, the Treasury Select Committee warned that there is a serious danger that unemployment could rise significantly once the Coronavirus Job Retention Scheme is removed in October, given that there are still many employers whose businesses are unlikely to be economically viable as long as social distancing remains necessary.

Their report argued that there is a strong case for keeping the scheme in place for some time to come, at least for those sectors which are worst-affected by social-distancing, such as the hospitality industry, as the cost of doing so may be worthwhile compared to the social and economic costs of higher unemployment.

Should the triple-lock be suspended?

Another point which the Treasury Select Committee made in their report was that the cost to the government of maintaining the state pension “triple lock” could be artificially inflated to a very high level next year because of the relationship between it and average income growth.

Under the “triple lock” policy, the value of the state pension rises every year in line with whichever is highest out of inflation, earnings growth or a floor rate of 2.5%. As the furlough scheme may have temporarily reduced the incomes of people who have been furloughed (because the government will only pay up to 80% of the salaries of furloughed staff, with a cap which is equivalent to £30,000 per year), it’s possible that when large numbers of employees are taken off furlough and go back to earning their previous salaries there will be a large one-off rise in average earnings growth which will be much larger than the types of increase which normally occur in a typical year.

The Treasury Select Committee argued that given that this would be entirely a consequence of the furlough scheme, and also because of the wider pressure which public finances are under, the government should seriously consider suspending the triple lock for the next year. The report leaves how they should do this up to the government, but one obvious way would be to only uprate it in line with inflation, which is likely to be significantly lower than earnings growth.

Since the report’s publication, the government has confirmed that the triple lock rule will be applied to pensions next April, but there is considerable doubt over whether it will be maintained thereafter, and pressure across the political spectrum to put it under review.