The COVID-19 pandemic is putting intergenerational solidarity under severe strain, as young generations are bearing the brunt on behalf of older generations who are vulnerable – with few signs of reciprocal acknowledgement. But IF Research Intern Hugo Till sees a glimmer of hope amid the tensions 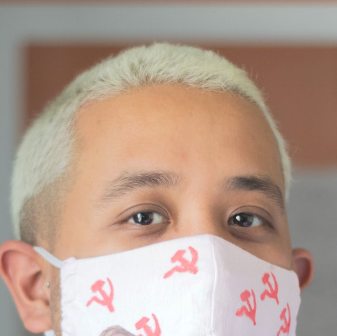 Early lockdown was a time of solidarity and unity. On both the national and international level, old antagonisms were shelved as, together, we fought an invisible enemy. Or at least that is the story we tell ourselves. Six months on, the camaraderie of clapping for carers, and suburban cul-de-sacs breaking into a chorus of “We’ll Meet Again” has faded as we desperately work out who to blame for the crisis.

In the international context we see this in Trump’s attempted rebranding of COVID-19 as the “Chinavirus”. But in the UK in particular, the most pronounced battlelines that have been drawn are those between generations. The recent spike in cases has been overwhelmingly attributed to young people aged 20–29, who have not listened to Matt Hancock’s plea: “Don’t kill your gran.”

There is a key intergenerational tension at the heart of the pandemic, in that lockdown, social distancing and other vital public health measures are primarily for the benefit of older people more vulnerable to the virus, while the costs of these measures have been imposed overwhelmingly on young people.

The young are two-and-a-half times more likely to work in the worst-affected industries, so have borne the brunt of job losses and income squeezes. Moreover, young people have suffered most from the casualisation of labour markets, and thus are more likely to have been forced onto zero- hours contracts and other flexible work arrangements, which in turn has seen them slip through the cracks of the furlough scheme.

And on top of this, going into the pandemic young people disproportionately found themselves in financially precarious situations with two-thirds of their incomes going to essentials, little savings and limited access to credit, so they could least afford fluctuations in their income.

Meanwhile some, mostly older people, actually saw their wealth rise over lockdown(!) due to a forced reduction in inessential purchases.

But the unequal distribution of the burdens of COVID is not limited to finances. Even the claustrophobia of lockdown was not experienced equally: unsurprisingly, people aged 20-29 have the least average living space per person, and are the least likely to have access to private gardens.

More generally, as Dr Daisy Fancourt of UCL has argued, although lockdown rules are manageable for a family with stable housing and at least one parent that can work from home, they conform badly to the logistically more complicated lives that many young people lead.

It is much harder to follow the rules if your housing situation is unstable, or you’re a single-parent keyworker with small children and very limited childcare options. The impossible situations that many young people find themselves in go far in explaining why young people have been more likely to experience an increase in depressive symptoms than any other age group.

A backlog of intergenerational injustice

The fact is that despite the narrative of a nation coming together through shared suffering, people’s experiences of lockdown have varied dramatically, with young people coming out on the bottom precisely because of the accumulative impact of years of intergenerationally unjust public policy in employment, housing and healthcare.

And indeed, as Gabriel Winant has argued (in his article “Chronopolitics: The young are trying to save the old”), “these generational burdens are piling up further as joblessness, homelessness, and indebtedness take their toll most of all on them – a toll that will be all the more powerful the more care we take to meet what is our real ethical and epidemiological obligation to our elders [my italics].”

Against this background of intergenerational injustice, it is of little surprise that the government has failed to articulate a positive message for young people to take their intergenerational civic obligations seriously, and have instead fallen back on the rather narrow and flat demand to “not kill your gran”.

The Future is Cancelled

What is required now to get young people invested in what is quite literally the health of the nation is a radical vision for how we can reverse their marginalisation and what the Italian philosopher and activist Franco “Bifo” Berardi refers to as the “slow cancellation of the future”.

At an ever-quickening pace, young people are seeing their futures gradually stripped away as job opportunities dry up, and the possibility of enjoying a standard of living similar to their parents is being foreclosed.

All this while we sleepwalk impotently toward environmental oblivion, and increasingly atomised communities and workplaces intensify what Bifo refers to as the “psychic frailty produced by precariousness, competition and loneliness”.

These problems will only deepen when we face the inevitable question of how to pay for the crisis. As sociologist Gøsta Esping-Andersen observed back in 1999, “A new, asymmetric ‘chrono-politics’ appears to be displacing the old political frontlines when it comes to welfare state support. Not only is the median voter aging, but as the necessity of financial cuts mounts, the need for trade-offs mounts.”

The current political conflict is asymmetric in at least two ways. First, older people are structurally better positioned to influence government policy due to better organisation, and the fact that they are the primary mass political constituency of the current regime. And second, as Winant argues, “the young are not interested in reducing old-age benefits but rather increasing other ones.”

It is remarkable in itself that ending the triple-lock on state pensions is even on the cards. The election and subsequent re-election of a government, which consistently polls over 60% with voters over 65, with an explicit agenda of defunding welfare and educational programmes that help the young, show that this commitment by the young towards the old is largely unreciprocated.

Therefore, given the recent preference of governments of making spending cuts instead of raising taxes at times of fiscal difficulty, the policy preferences of older voters are more likely to be enacted.

But there is cause for some cautious optimism. There seems to be a growing consensus that our response to the pandemic cannot further entrench generational injustice, and of all the surreal experiences of 2020, we face the prospect of a Conservative government raising taxes on capital gains, pensions and inheritance.

Another reason to be hopeful is that, as Will Cashmore has argued, during the pandemic we have witnessed the “retemporalisation of politics”. A familiar feature of our politics is the acknowledgement that an issue is important and urgent, while the solutions are indefinitely postponed.

We see this in strange juxtaposition of the government setting an ambitious net zero target by 2050, while doing very little to make that target achievable, making it ever more likely that once we reach 2050, the target will just be postponed. In this way, politics has been “detemporalised”. Although we can always ask questions of the government, their answers are always deferred to another time: “we don’t have the money right now”, “the state doesn’t yet have that sort of technical competency”, or just “we’re not sure if the argument has been won”, and the status quo persists.

But COVID-19, in its potential to unleash imminent catastrophe, has retemporalised politics and in the wake of an unprecedented mobilisation to contain the virus, exposed as illusory the idea that the state is impotent in solving large-scale problems.

So it seems that at least to some degree, there is now both the political will from those in power to pursue a recovery that promotes intergenerational fairness, and the acknowledgement that a more intergenerationally just future is possible in a time-frame that reflects the urgency of the problems it poses.

Indeed, the path to the sort of civic solidarity necessary for us to take seriously our ethical and epidemiological obligations to maintain distance, runs through the empowerment of young people. As Winant argues, “the old and the young need each other now… for the first time the immediate question of our survival depends upon resolving the antagonisms that have separated us”.

Another future is possible, but its realisation depends on intergenerational justice.