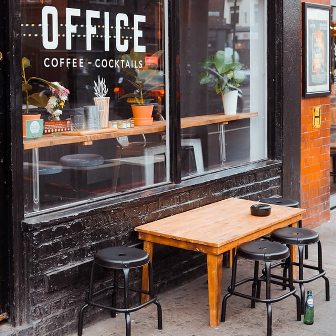 Last week Chancellor of the Exchequer Rishi Sunak unveiled the government’s new support measures which are designed to help workers who have been affected by the COVID-19 crisis. David Kingman looks at what they could mean for younger workers whose living standards are at risk

The COVID-19 crisis is clearly still far from over. While there were initially some hopes that the economic damage emanating from it might be relatively short-lived, and that UK GDP could make a so-called “V-shaped” recovery once social distancing restrictions started to lift, it now seems likely that the crisis will drag on much longer than this.

With some social distancing restrictions having recently been reimposed in response to the increase in the rate of new infections in the UK, it was inevitable that the Chancellor would have to announce some new policy interventions which are targeted at providing economic assistance to workers who still can’t do their normal jobs because of the pandemic.

Since March, the UK government has been providing financial assistance to workers through the Coronavirus Job Retention Scheme and the Coronavirus Self-Employment Income Support Scheme, both of which were designed to replace a maximum of 80% of the wages of workers who couldn’t work during the pandemic.

Now these schemes are being replaced by the government’s new Job Support Scheme, which appears to be significantly less generous to the majority of workers. Given that many younger workers have been furloughed, and that unemployment could be particularly damaging to workers who are near the beginning of their careers, what implications could this change have for them?

The government’s furlough scheme was a much-needed, although very expensive, government intervention in the UK labour market, designed to pay the wages of people who couldn’t work while the UK was in lockdown in order to reduce the risk of mass unemployment.

The Coronavirus Job Retention Scheme proved enormously popular with employers – 9.6 million UK workers have been furloughed at some point since last March. But at a cost of over £40 billion in just eight months, the government was always eager to stress that it couldn’t become permanent (the plan, almost from the beginning, had been for it to come to an end at the end of October).

Despite the cost, the scheme was broadly successful in achieving its aim of preventing mass unemployment, as the UK’s unemployment rate hasn’t skyrocketed since social distancing restrictions began being implemented back in March.

Last week, the government announced that the Coronavirus Job Retention Scheme would be replaced from the beginning of November by the Coronavirus Job Support Scheme. Although it may sound quite similar to the scheme which it is replacing, it represents quite a significant shift in emphasis in terms of how it is dealing with COVID-19-related job losses.

What is the Coronavirus Job Support Scheme?

The Coronavirus Job Support Scheme will see fewer workers being supported by the government, and it’s likely that many of those who do get support under the new scheme will be being paid a lower proportion of their pre-COVID salary.

For workers whose employers cannot pay them to do any work (e.g. those working in sectors of the economy where activity is still greatly restricted, such as aviation or hospitality), further support through the Coronavirus Job Support Scheme will not be forthcoming.

Self-employed workers who are currently unable to work normally will be supported in a similar fashion to how they were being supported previously under the Coronavirus Self-Employment Income Support Scheme, although there will still be around 3 million workers who fall into particular categories that are not eligible for support, such as self-employed company directors who pay themselves mainly in dividends.

The government’s rationale for the way in which they’ve designed the scheme is that they believe it’s both unfeasible and also economically inefficient to carry on trying to support all pre-COVID jobs. Instead, they’ve attempted to target economic support towards workers in “viable” industries (with viability being measured by whether their employer can operate on at least a reduced basis while social distancing restrictions are still in effect), while by not providing unlimited support to workers who can’t go back to their jobs at the moment.

It appears that workers whose previous employers can longer afford to pay them even a third of their pre-crisis salaries will be left to find new employment, possibly in a different industry to the one they were working in before. This will almost certainly lead to higher unemployment, although the government’s line of reasoning appears to be that this outcome is preferable to the alternative of keeping on paying people not to work when the industries that they used to work in may never recover to their pre-crisis size.

How could this affect younger workers?

While it’s still too soon to know how this change might affect younger workers, there are a few reasons to think that it could have a disproportionate impact upon their living standards.

Firstly, we’ve known since before the crisis began that younger workers are disproportionately likely to work in occupations which rely on face-to-face interaction, such as in the retail and hospitality sectors, so they could see higher unemployment levels than other age groups once the furlough scheme ends.

Given that there is already evidence to suggest that being unemployed as a young adult does long-term harm to your future living standards through “wage-scarring” effects, there is a real risk that young adults will experience not only significantly higher unemployment in the short term, but will also see their wages being held back for years to come.