As we enter what is forecast to be the worst recession in 300 years, one cohort that has felt the full extent of the COVID-19 pandemic is the graduating class of 2020. IF Research Intern Ellie Maher assesses what it means to graduate into a recession, and the impacts of this on both short and long-term job prospects 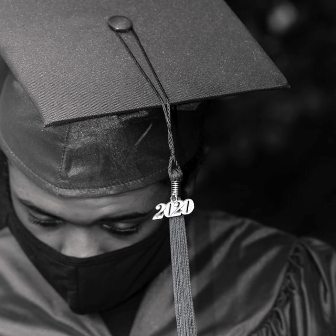 Whilst the A-level U-turn and government furlough scheme made headlines, those who have lost their graduate schemes, first job placements and internships have fallen through the safety net.

Prospects found that 28.2% of the university finalists surveyed have had their job offer declined or cancelled and, with job vacancies at their lowest levels in decades, it is understandable that 78.5% of students are worried about there being fewer graduate prospects in their industry.

After the 2008 financial crisis, young workers became known as the “crisis cohort” as they endured the greatest effects of the recession. Considering that 156,000 fewer young people are in employment in the three months to July compared to the previous quarter, it looks as though history is repeating itself.

A report by the Resolution Foundation found that, in the wake of the 2008 financial crisis, more than one in six 18–22 year-olds were still unemployed in 2012, and a far greater proportion of students graduating at this time endured “occupational scarring”: the effect of time spent in a low-paying occupation, which reduces someone’s future earnings prospects as the pay effects do not immediately unwind when (if) that person moves to a higher wage.

The chances of a graduate working in a low-paid occupation rise by 30% in a recession, and for those students whose only current employment opportunity is a non-graduate job, this can have detrimental impacts on their entire career: they are unable to make connections and gain valuable experience, making their first job a well rather than a stepping stone.

As well, with the uncertainty of the pandemic many students have chosen to enter further study, such as master’s degrees, costing anything up to £18,000.

Given the impact of the coronavirus pandemic on, for example, the retail industry, it would be surprising if the percentage of graduates in jobs which do not require a degree didn’t rise – simply because the appropriate graduate jobs aren’t there. This, and higher unemployment rates generally, will lead to the continuing decline of the Graduate Premium, which will entail substantial long-term costs to the government in lower receipts of both income tax and student loan repayments.

A kickstart from the government?

To tackle mass unemployment for 16–24 year-olds, the government has launched a £2 billion “Kickstart” programme. This scheme provides funding for employers to create new six-month job placements for those on Universal Credit who are at risk of long-term unemployment.

The correct incentives are there, and this scheme should help rebalance some of the intergenerational unfairness which is being caused by the pandemic and subsequent recession. However, for graduates in 2020, it is a paltry silver lining.

The scheme is focused at low-skilled and low-paid jobs, meaning if graduates took these roles (arguably unfairly from less-educated young people who have fewer job prospects) they would earn £8.20 an hour – a 41% decrease from the estimated real hourly earnings of graduates in 2008.

As well, graduates are less likely to remain in a low-skilled job for a long period of time, which means the government is funding a job rather than creating one, undermining one of the key intentions of the scheme

Nevertheless, with less financial resistance, and falling into the age category with the lowest percentage of households who can survive a 25% income drop for three months (see graph below), some graduates may find that this is the only option of employment in the current climate. 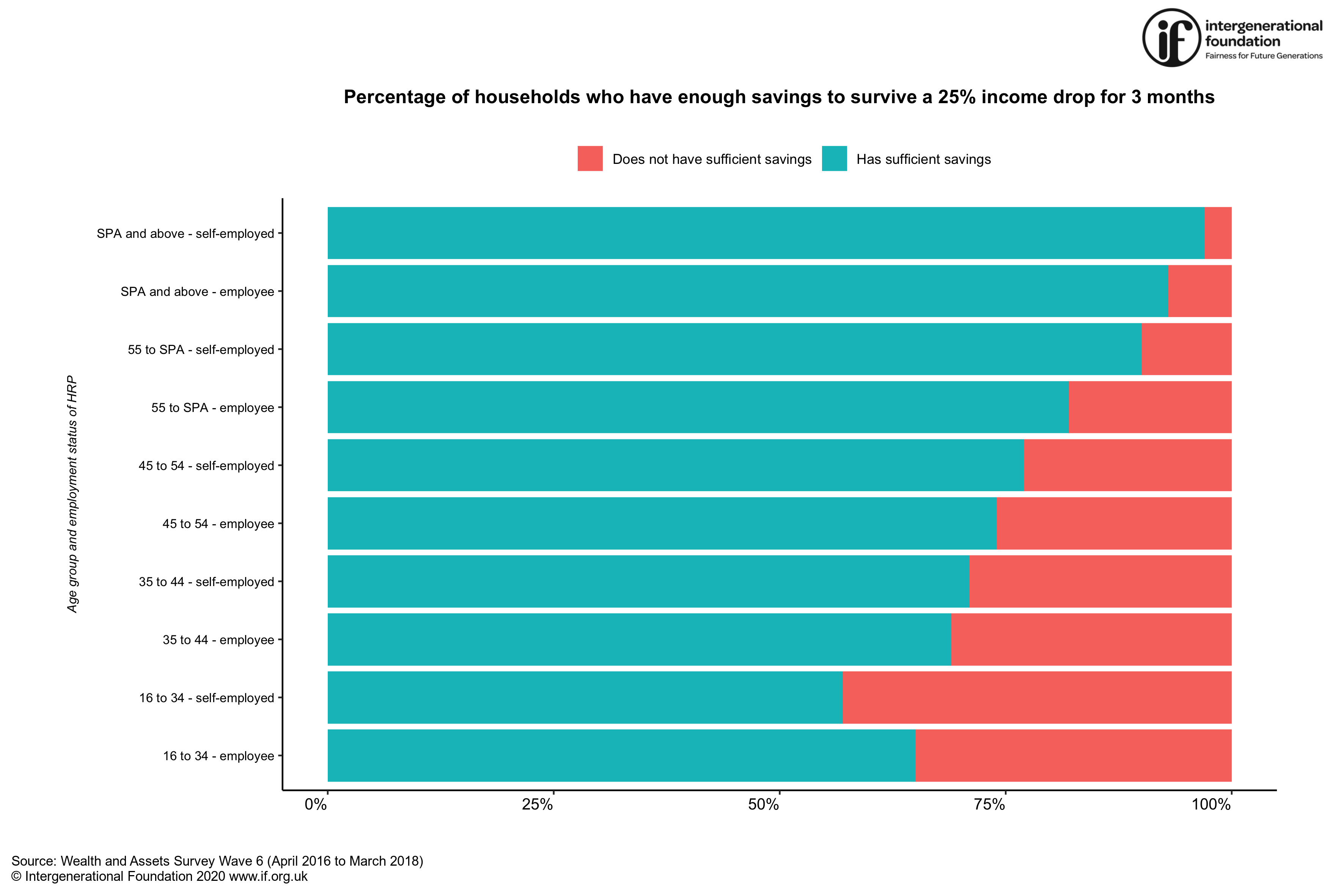 The impacts of the oncoming recession will be most heavily felt by those least able to bear them: the less-educationally qualified, those on lower incomes and the young. Circumstances will vary on a case-by-case basis, and for the majority of graduates their prospects may remain unaffected.

But many of those who have studied for three or more years may instead find themselves stacking shelves in Tesco (one of the businesses signed up to the Kickstart programme). Well, at least they will be able to add resilience and adaptability to their CV.