The age bands that are applied to the National Minimum Wage and National Living Wage are examples of age discrimination, surely? Rosie Neville, second-year Economics and Politics student at the University of Bristol, finds this government-prescribed policy unacceptable – scandalous, even 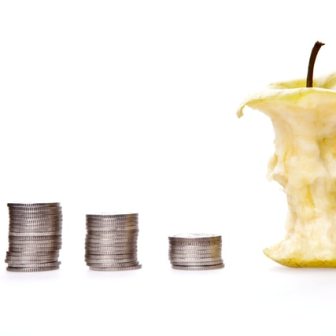 Equal respect, worth, and dignity are leading principles in modern politics and culture. For example, it is a widespread belief that a person should not be paid less than their colleagues in the same role purely due to a difference in background. We see this sentiment protected in UK laws such as the Equal Pay Act of 1970.

However, this sentiment is also infringed upon in the UK laws that give us varying minimum wage rates. If you are below 25 you are not entitled to the National Living Wage (£8.72 as of April 2020), but rather lower “National Minimum Wages”. At its most extreme, due to age a younger person can earn just 52% of the National Living Wage of their older colleagues with the same job.

Isn’t there a law against this?

This policy is justified by its defenders through the idea that young people may be less experienced and therefore less effective than other colleagues. But this is frequently not the case. I am 19 and an employee at a shoe retail shop where, although more experienced than a lot of my colleagues, I am paid 74 pence to every pound they make because of my age. However, I do not do 74% of their job nor am I 26% less efficient. Rather I am often given the responsibility to train these older colleagues, who are paid more than I am.

The way I view my expenditure is in “hours worked”. For example, a monthly utility and shopping bill for me comes to around £120. For my older colleagues, this equates to fourteen and a half hours of work. For me, it equates to almost nineteen hours.

As with many in my position, my income is used to subsidise my university expenditure, which means that I’m constantly balancing academic work and my social life with my job. This balancing act is made all the more difficult by the lower wage.

We are not given a legal right to the National Living Wage but we still have to finance our cost of living.

Another argument used in favour of paying younger people less is that these brackets are required to help promote greater youth employment to employers who are trying to save money. This justification is, in my eyes, not reason enough to have systemised discrimination – as well as a contradiction – in our laws.

What if we apply this logic to other “protected characteristics” cited in the Equalities Act, like gender? Would society accept it if, due to the detrimental effects of unemployment on women, to promote greater employment women were given a lower wage than men? If not, why does society accept the discriminatory treatment of younger workers on the basis of pay?

Additionally, some would argue that varying National Minimum Wages for younger workers is an incentive for young people to stay in education rather than enter the labour market. However, I have two concerns with this attitude.

Firstly, UK legislation only requires that young people continue in some sort of education until they are 18. Therefore, 18-25 year-olds who have decided to contribute to the workforce as an adult will still be discriminated against. It is true that there has been some positive progress concerning National Minimum Wage brackets, namely that the age threshold for the NLW will fall to 21 by 2024; however, this doesn’t mitigate the discrimination faced by those under 21.

Secondly, those over 18 who continue in education, as the National Minimum Wage encourages, often still need to work in order to support themselves through it.

A further flawed basis for these lower pay brackets is that the law assumes young adults always have family support. Again, this is often not the case.

The age pay gap is greater than almost all other prevalent pay gaps in the UK. In contrast, however, age discrimination is codified as a legitimate policy.

We need the government to stop the scandal of state-sponsored age discrimination.

I accept that youth unemployment, like all unemployment, is harmful. But shouldn’t we react to it with further upskilling, rather than devaluing and discriminating against younger labour market participants? If I fulfil the job that is required of me, should I not be paid a Living Wage?