As the government launches its “Kickstart” scheme specifically aimed to help young people at risk of long-term unemployment, IF Research Intern Hugo Till fears that it will lead to them becoming entrapped in the nightmarish web of Universal Credit 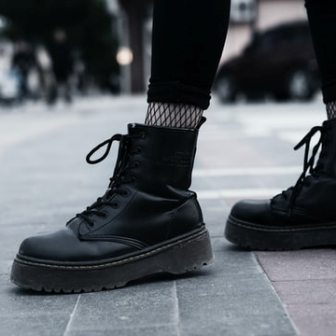 With the furlough scheme winding down, and employers initiating hiring-freezes in a desperate attempt to protect the jobs of the few employees they can afford to retain, it seems that – like so many of the costs of the pandemic – the burden of unemployment will be borne by young people. In this context, the launch of the Kickstart scheme, a £2 billion scheme to create six-month job placements for 18–24 year-olds at risk of long-term unemployment, might give us cause for cautious optimism. The government claims that the scheme will fully fund around 300,000 jobs paying the National Minimum Wage, based on 25 hours a week.

You’d be forgiven if these proposals gave you a strange sense of déjà vu. Following the financial crisis, the Brown government created the “Future Jobs Fund”, which funded around 105,000 job placements for 16–24 year-olds at risk of long-term unemployment.

Once the Coalition came to power, the scheme, which Cameron claimed was “expensive, badly targeted and did not work”, was quickly discontinued, but not before it had created 105,000 work placements.

Although by following the programme, each participant was 27% more likely to be in full-time employment than an average claimant, many of the placements did not translate into full-time roles, and so many participants returned to long periods of unemployment.

The devil’s in the detail

The government would want this new Kickstart scheme to avoid the pitfalls of the last, and ensure that this time, the job placements translate into full-time roles.

Indeed, the government has emphasised that these placements should “develop [the participants’] skills and experience with support to look for long-term work [through] CV and interview preparation.” But beyond the PR, the signs are far less promising.

The decision to fund only 25 hours at the reduced minimum wage for young people not only means that the participants will have to look for other sources of income to get by, but also ensures that they remain in the clutches of the punitive Universal Credit “workfare” regime. Claimants of Universal Credit (the main targets of the scheme) are under constant surveillance, and must continually demonstrate that they are looking for work that will occupy them for 35 hours a week, else they face sanctions.

Thérèse Coffey, the Secretary of State for Work and Pensions, has resisted calls to waive the ten missing hours for participants in the scheme. Rather, when questioned by Jonathan Reynolds, she explicitly recognised this shortfall: “young  people will be expected, with their employers, to do more about preparing them for the world of work, and that may include work search in the additional time.” As it stands, this work search in additional time is not in fact optional – something that participants “may or may not do”: it is a requirement for them to receive the benefits on which their lives depend.

From the onset, there seems to be little expectation that these work placements will translate into the stable long-term jobs that young people need. On the contrary, while participants are completing their placements, they should be looking for their next gig! Far more likely, young people will become further ensnared in a hostile, humiliating bureaucracy that shunts people between temporary, dead-end jobs with little prospect of delivering long-term economic security.

Another drawback is the insistence that employers must take on at least 30 trainees, thus excluding small businesses unless they group together as “intermediaries” such as Local Enterprise Groups or Jobcentre Employer Partnership Teams.

But this decision was no accident. When pressed on the requirement that participants find “top-up hours” to reach the 35-hour threshold, Coffey replied that this “is another reason why intermediaries will be a key element in helping some of our small businesses… to provide the wrap-around support that is required.” Talk of “wrap-around support” might sound innocent enough, but those familiar with the structure of the Universal Credit regime will recognise it as something far more nefarious.

With small businesses accounting for about half of GDP, small business work placements would give young people work experience on a par with anything they could find at a larger, more impersonal organisation. Where they cannot compete with their large business counterparts (and thus need the help of intermediaries), however, is in their ability to navigate the Kafkaesque Workfare bureaucracies, and carry out surveillance of employees on behalf of the Department for Work and Pensions, so that the sanctions and other methods of control so central to UC can be efficiently imposed. This is what the “wrap-around support” amounts to in practice.

Indeed, this sort of surveillance is especially crucial for the Kickstart scheme to ensure that participants are finding their 10 top-up hours of work or work search every week (to plug the gap between the 25-hour placement and the requirement that UC claimants work 35 hours per week).

So we see that the restriction of funding to only 25 hours a week, and the 30-place minimum form two pieces of a rather sinister puzzle. With these details, the Kickstart programme does not resemble so much a job guarantee scheme which – to borrow Kafka’s terminology from his novel The Trial – could offer claimants a “final acquittal” from the UC regime. Rather, it increasingly seems to take the form of a system designed to extract cheap and expendable labour from young people in desperate circumstances.

The possibility of escaping the labyrinthine world of work-search, self-reporting and work coaches (which Ken Loach depicts brilliantly in his 2016 film “I, Daniel Blake”) is “indefinitely postponed” (Kafka, The Trial), fitting the broader objectives of the workfare state to command, control, discipline and sanction, in order to maintain a constant flow of flexible labour to meet the needs of an increasingly casualised labour market.

Without changes to the flaws identified, the scheme will not Kickstart intergenerational fairness, but rather will set young people up for lives of precarity trapped within the neoliberal workfare state, with “work coaches” and their sanctions forever lurking just around the corner.