There’s a burning need to address the threat of climate change, and the COVID-19 crisis may offer a window of opportunity. IF Research Intern Ellie Maher looks at the Climate and Ecological Emergency (CEE) Bill currently going through parliament and assesses if and how it can make a difference 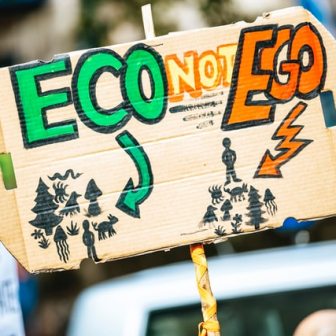 In the midst of a global pandemic and national lockdown, 1 May 2020 marked a year since the UK government declared a Climate Emergency. Understandably, Public Health has become the government’s priority, yet – as lockdown eases – the climate emergency is beginning to regain headlines as there is increasing pressure from MPs and climate activists for the government to act on their declaration.

From Change to Emergency

On 2 September 2020 Caroline Lucas, MP for Brighton Pavilion , with the support of MPs from six political parties, introduced a Private Members’ Bill to the house. The Climate and Ecological Emergency (CEE) Bill, compiled by scientists, lawyers and activists, is a long-awaited update to the 2008 Climate Change Act. With more ambitious targets and immediate demands, it reflects the increasing severity of the climate emergency.

The key objective of the 2008 Climate Change Act was to cut greenhouse emissions to 80% below 1990 levels by 2050: the objective was later enhanced when the government set the target to become carbon neutral by 2050.

Whilst there have been policy updates since the 2008 Climate Change Act, the CEE bill embodies the broadly popular sentiment that more effective measures need to be implemented in order to reach these environmental targets. If passed, it would require the government to reduce greenhouse gas emissions to a level consistent with keeping global average temperature increases to below 1.5° Celsius.

Direct comparison with the 2008 Climate Change Act shows that concerns about the climate emergency have advanced from carbon dioxide targets and now recognise the importance of ecosystems and habitats – both for maintaining biodiversity and acting as carbon sinks. For instance, the bill seeks to restore and regenerate soils, biodiverse habitats and ecosystems to reduce the UK’s negative impact on soil and biodiversity. It is evident that there are severe gaps in current government policy which must be addressed imminently.

A question of intergenerational fairness

The Private Members’ Bill seeks to introduce additional measures that would see the government being held to a greater level of accountability: there must be a published strategy of how environmental targets will be achieved, and the calculation of the UK’s carbon footprint would also include emissions from overseas, such as those produced from imports and exports.

If passed, this Private Members’ Bill would address gaps in existing legislation and provide an action-based response which the science and evidence demands.

A key sentiment throughout the Bill is the need for urgent action, emphasising that the government should no longer rely on the possibility of future carbon capture technologies.

Although the target to become carbon neutral by 2050 is encouraging, the science and research increasingly point to the conclusion that the climate emergency requires action now.

The environment is enduring long-term and irreversible damage, making it a crisis of intergenerational fairness.

Although overdue, the timing of this Bill is notable. During the national lockdowns around the world, significant environmental changes began to occur: cleaner water in Venice and “blue skies over Delhi” being headline examples. Research found that in April 2020 global carbon dioxide emission levels declined 25% and nitrogen oxide declined 30%, providing evidence that changes to human behaviour can help save and restore the environment.

However, these positive changes have produced only a small dip in carbon emissions and are not enough to have a long-term impact.

Therefore, as the government attempts to kickstart and reboot the economy, it is paramount that, unlike the fossil-fuelled recovery from the 2008 financial crisis, this is done in an environmentally sustainable way. It makes the timing of this proposed Bill particularly significant.

There is speculation about what a green recovery would look like, which the  Intergenerational Foundation (IF) has already discussed in a previous blog post. Boris Johnson has claimed that the country will “build back better, build back greener”; if passed, this Private Members’ Bill would help ensure words become action. Current proposals by the government include investments in “gigafactories” which produce electric vehicle components – a promising sign that a green recovery has a significant role to play in this economic restoration.

Doomed by a lack of political will

Currently, the Bill has a substantial amount of support and backing from the public, including the activist group Extinction Rebellion. Whilst this is positive and provides momentum for the proposal, the Bill isn’t government-backed and there are currently only twelve supporting MPs, which ultimately ends its chances of being successful.

Disappointing as this is, especially considering we have just experienced the catastrophic results of what can happen when humanity’s relationship with nature breaks down, there does appear to be a growing understanding of the importance and implications of climate change.

It may be more effective for the MPs supporting this Private Members’ Bill to instead suggest amendments to the Environmental Bill which is currently passing through the Commons, rather than proposing a new one – as a green recovery must be the way forward in order to provide some chance of a sustainable environment for future generations.