IF researcher Melissa Bui describes how, by sending our plastic waste abroad, we are effectively exporting intergenerational unfairness to other countries whilst also driving up rates of plastic consumption 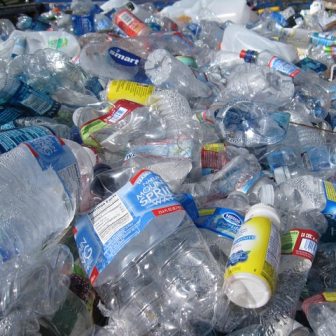 In 2019, EU countries exported almost 600,000 tonnes of plastic waste to Turkey for recycling – a curious number not only because it’s 173 times greater than it was 15 years ago, but also because it accounts for approximately 70% of Turkey’s supposed recycling capacity. The UK tops the list of exporters to Turkey, sending 154,000 tonnes of plastic waste there last year.

Processing enormous quantities of other countries’ plastic waste has become a growing reality for Turkey since China, previously responsible for most of the world’s waste, imposed strict restrictions to plastic waste imports, effectively banning them, in 2018. Although a number of South East Asian countries such as Malaysia, Vietnam and Thailand soon followed suit, UK plastic waste is still finding its way to low-income countries through illegal exports or through alternative destinations such as Indonesia. The consequences will be borne by current and future generations living within those countries.

According to a market report by Wrap (the Waste and Resouces Action Programme), plastic mismanagement has become a public concern, with the frequency of electronic searches for “plastic recycling” gradually increasing over recent years. Peaks have coincided with key events such as the Blue Planet documentary, China’s import restrictions and the launch of the UK Plastics Pact. Why is it then that rates of plastic consumption and exports are still increasing? As capacity for recycling in the UK is very low, we send around two-thirds of our waste abroad.

The official terms used to describe recycling rates by retailers and government officials are misleading. For instance, in March the government announced in a briefing paper that 91% of our plastic consumption is “sent to treatment”. This is referring to the proportion being collected by a waste management company, and not how much is being recycled.

The latest episode of the BBC’s War on Plastic series also revealed a similar scenario with respect to labels on sandwich packaging. Legally, packaging only needs to be made of a material that is widely collected, not recycled, to be allowed to include a “widely recycled” label. Much of what is sent for collection is not actually recycled, as poor packaging design makes separating the materials very difficult.

Terms like these make us complacent about our plastic consumption and exports also help us to think less about the plastic pollution crisis.

In addition to serving as a way to export our problems overseas, the creation of a clean local environment means we tend to “psychologically distance” ourselves from our plastic purchases which, researchers have found, leads to even higher levels of consumption.

What also keeps the engine running is how profitable the business of accepting recycling waste can be. The Wrap report found that prices of bottles made from two of the most common types of recyclable plastics, clear PET and natural HDPE, have increased by 40% since the start of 2017.

The reality is that our understanding of the harmful effects of plastic waste on humans, marine life and the environment is widely known and growing, but, unfortunately, so is our rate of plastic production. Earlier studies have suggested that we are far from reaching our global peak in plastic production which, researchers predict, will occur in 2100.

The environmental bill introduced to parliament last year is the most promising challenge to the exportation of plastic waste, striving to pave the way for a ban on plastic exports to non-OECD countries. However, a recent BBC investigation into how some of our waste ends up dumped on the streets of Turkey (an OECD country) calls into question whether the bill is ambitious enough. It was revealed in the documentary that some of the waste transported to Turkey from the UK does not arrive properly sorted, and that the unrecyclable plastic is often left or burned in the streets.

Unfortunately, we have also taken a few steps back with regards to tackling the plastic pollution crisis as a result of COVID-19. Production of single-use plastics has surged due to the high demand for Personal Protection Equipment (PPE), the increase in online shopping and the public perception that using disposable plastics is more hygienic than using reusable plastic. The 5p charge for plastic bags has also been waived for online orders to speed up deliveries (although there are plans to raise the charge to 10p in 2021).

Current and future generations in developing countries should not have to bear the consequences of our plastic consumption. It’s also important to point out that neither should we.