The ONS has recently published a new dataset which attempted to measure the level of depressive symptoms in a representative sample of individuals both before and during the UK’s COVID-19 lockdown. David Kingman explains what their findings suggest about young adults’ mental health 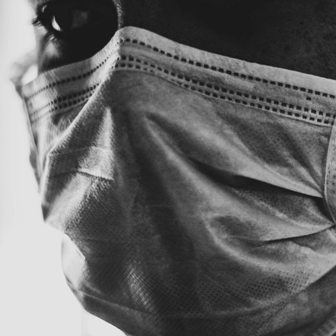 Ever since the COVID-19 pandemic first began affecting the UK earlier this year, a lot of attention has been paid to the potential impact which both the virus itself and the social distancing measures which were brought in to try and combat it have had on the UK’s mental health.

Now that enough time has passed since the beginning of the pandemic for robust data to be collected on how it is affecting people’s mental health, it is possible to look at evidence.

Unfortunately, there is indeed emerging evidence which suggests that the pandemic has had a disproportionately negative impact on young adults’ mental health. This article will explain the findings of some new Office for National Statistics (ONS) research.

The ONS attempted to measure how COVID-19 has affected the number of people who report symptoms of depression in Great Britain using data from the Opinions and Lifestyle Survey (OPN), a nationally representative survey of adults in Great Britain.

These questions were put to the adults in the survey sample at two points in time over a 12-month period: before the coronavirus pandemic (July 2019 to March 2020) and during the coronavirus pandemic (June 2020). This was important, as it enabled the ONS to analyse within-person change by comparing the same people’s depression scores both before and after the COVID-19 pandemic began.

It’s essential to highlight that producing a high score on the PHQ-8 is not the same thing as actually receiving a diagnosis of depression from a doctor or psychologist. Instead, it is a screening tool which has been developed by psychological researchers which is used to try to estimate how many people among respondents to a survey have symptoms which are associated with depression at a given point in time.

The results of this research by the ONS suggest that symptoms of depression have become significantly more widespread across the general population since the COVID-19 pandemic began.

The ONS estimates that, across the population as a whole, almost one in five adults (19.2%) were likely to have been experiencing some form of depression, indicated by moderate to severe depressive symptoms, during the COVID-19 pandemic. This had almost doubled from around 1 in 10 (9.7%) before the pandemic.

An increase of this size in the proportion of the population who are experiencing depressive symptoms ought to be concerning, but the findings look even more dramatic when they are disaggregated by age.

Adults aged 16–39 were more likely than other adults to be experiencing some form of depression during the COVID-19 pandemic. Around one in three (31%) 16–39 year-olds experienced moderate to severe depressive symptoms over this period, compared with one in nine (10.9%) before the pandemic. In other words, the proportion of the population aged under 39 who are experiencing depressive symptoms has trebled.

Why, and what can be done about it?

This is precisely the phenomenon which many mental health charities and campaigners have previously expressed concerns about since the pandemic started, as COVID-19 has generated a huge amount of stress in many different areas of people’s lives (particularly worries about people’s health and that of their loved ones, as well as financial concerns related to the knock-on impacts of the crisis on people’s housing and employment).

Additionally, the need for social distancing has resulted in many people experiencing much lower levels of social contact than they normally would since the crisis began, which is likely to have a negative impact on their mental health.

It wouldn’t be surprising if mental health services which deal with this age group experience increased demand as the crisis enters the next phase, in which case the government should provide these services with the level of resources which they need to deal with the problems affecting young adults’ mental health.

IF’s recent research into the financial cost of depression in young adults has demonstrated that each adult who develops medically-diagnosed depression between the ages of 16 and 40 costs the government £37,000 in lost tax revenues.

So the cost of inaction could be very high.