The financial industry, and the way in which financial products are regulated, have big impacts on different generations, as David Kingman explains 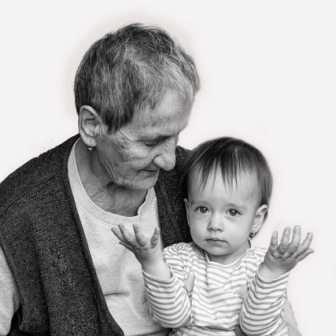 The Financial Conduct Authority (FCA) is probably a body which most people are not particularly aware of, but the decisions which it makes affect much of our lives. The FCA is a regulator which is responsible for regulating consumer finance products that are offered by banks and building societies, such as current accounts, mortgages and investment products, so its decisions about what kinds of products they are allowed to sell to the public have a major bearing on individuals’ finances.

In May 2019, the FCA published a discussion paper on “Intergenerational Differences” which highlighted how different generations are currently facing specific economic challenges which the financial services industry needs to address, such as problems with getting on the housing ladder affecting young adults and the challenge of paying for old-age social care which is facing older people.

They were interested in gathering more evidence on how well the financial services industry is helping the members of different generations to navigate the challenges which they are facing, and also what role regulation by the FCA and government should play in helping to address these challenges.

The FCA then held a public call for evidence on the topics raised in its discussion paper, which IF contributed to, as well as holding a one-day conference on intergenerational difference at which I was invited to speak last July. Just last week, the FCA published their response to the call for evidence, which summarises the information that they received from various interested parties and outlines their planned next steps.

In our response to the FCA’s call for evidence, IF argued that it is important for the FCA to look at the impacts which financial product regulation have had on intergenerational fairness.

In particular, we highlighted how in addition to high house prices and the lack of real-terms earnings growth which younger workers have endured over the past decade, another factor which has made it more difficult for Millennials to get on the housing ladder has been more conservative mortgage market regulation since the 2007 global financial crisis.

Given that an important cause of the global financial crisis was the collapse of the American subprime mortgage market, it’s unsurprising that many financial regulators around the world have taken a more conservative stance on mortgage market regulation since the crash. However, research from the OECD has shown that more conservative mortgage market regulation has had the unintended consequence of making it more difficult for younger households to get on the property ladder.

IF’s response to the FCA’s call for evidence highlighted three specific elements of post-crisis financial regulation which may have made it more difficult for young adults in the UK to move into owner-occupation. Firstly, tighter regulation has made it much more difficult for lenders to offer 100% loan-to-value (LTV) mortgages to first-time buyers, with the result that first-time buyers now generally need to find much larger deposits than was the case pre-crisis.

Secondly, the Bank of England now recommends that mortgage lenders shouldn’t allow borrowers to borrow more than four and a half times their normal income, whereas prior to the crisis it was common for lenders to allow first-time buyers to borrow significantly more than that.

In very expensive areas of the country, especially London and the South East, this has made it much harder for first-time buyers to get on the property ladder (even if they do have financial assistance with funding the deposit), creating an additional barrier.

Thirdly, following the Mortgage Market Review, which came into force in 2014, mortgage lenders are now required to “stress-test” whether the incomes of potential borrowers could withstand significantly higher interest rates than those which currently prevail in the market.

While this was another measure which was introduced in the interests of increasing financial stability, it means that lenders are currently required to test whether potential borrowers could still afford to service their mortgage if interest rates were to double, even though interest rates have remained at very low levels for a long time and seem unlikely to rise much in the short- to medium-term (especially as the government will want to try and stimulate the economy in the aftermath of COVID-19).

A report published by the Building Societies Association in 2018 (to which IF contributed evidence) argued that although these measures have been brought in to increase financial stability in the aftermath of the global financial crisis, greater consideration should be given to the negative impacts which these measures may be having on intergenerational fairness.

What conclusions did the FCA reach?

Unfortunately, none of the recommendations which IF made in our submission to the call for evidence appear to have been taken forward in the FCA’s recently-published response.

However, on a more positive note, their response does highlight a couple of other areas which they think it is important for them to do more work on, for example around improving consumers’ financial literacy and ability to understand the products and services which are being marketed to them.

This as a significant theme which was highlighted at the one-day conference referred to above, where many of the participants argued that younger people in particular are now expected to undertake more complex financial decision-making than was common for previous generations (e.g. around personal responsibility for saving for retirement following the demise of final salary pension schemes).

Giving young adults a better understanding of the long-term consequences of the decisions that they have to make would clearly be a worthwhile endeavour.