Researchers at the SIPA Center on Global Energy Policy released a study this week outlining a new approach for setting carbon prices. They claim their model permits countries to price carbon in a way that allows them to meet their net-zero targets. IF researcher Melissa Bui explains 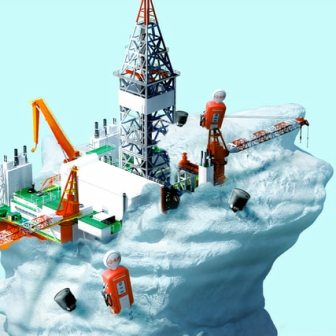 While it can be difficult to get economists to agree on any single policy solution, when it comes to climate action there is a general consensus that carbon pricing is the most efficient way to reduce global carbon emissions. Many mainstream economists also consider the social cost of carbon (SCC) to be the best measure for carbon pricing.

Despite being one of the most important concepts in mainstream environmental economics, as well as the basis of a Nobel Prize-winning study in 2018, the social cost of carbon has been repeatedly criticised for its lack of relevance to national emission targets and dependence on long-term projections, which suffer from large uncertainties.

A study introducing a new approach for pricing carbon, referred to as the Near-Term to Net Zero approach, was published earlier this week by the SIPA Center on Global Energy Policy. It offers an alternative to the SCC which the authors argue is more useful in making sure that nations meet their desired emission targets on schedule.

The social cost of carbon: a nice idea in theory?

The social cost of carbon represents the long-term damage that one tonne of carbon dioxide will cause to society in monetary terms. Economists often praise this approach as it encourages nations to harmonise carbon prices in a way that perfectly balances the long-term benefits of carbon emissions against its costs. This in theory would give us the “optimal” price for carbon.

In reality, it is difficult to produce a precise measure for the SCC. Firstly, assigning monetary values to the non-economic impacts of climate change, for instance the consequences on human welfare, or wealth inequality, is not a straightforward task. Researchers define these costs in different ways, and projections of these costs in the long term carry a large degree of uncertainty.

Secondly, the SCC is not linked to national emission targets, meaning we may not reach a zero net carbon economy in time using this measure. As the paper points out, the SCC estimates from the Nobel Prize-winning study from 2018 would lead us down an “optimal” pathway of 4°C by approximately 2050, which falls far short of the Paris Agreement goal of 2°C.

The SCC also relies on assumptions that are not widely agreed upon – some argue also not fully understood – by governments. The discount rate, which determines how much importance is placed upon the wellbeing of future generations, is one parameter that experts and governments often dispute. Some economists believe the ideal discount rate is 0%, whilst others, for instance David Kreutzer from the think-tank The Heritage Foundation, recommend a much higher rate of 7%.

Consequently, estimates of the SCC vary widely depending on how these assumptions are set. A meta analysis of the literature on the SCC found that estimates range from US$0 per tonne to over US$2,000 per tonne. Critics have argued that such disparities in estimates are not very meaningful for policy, and setting prices at the wrong level could potentially damage the economy.

The new study, by a small team of environmental economists, offers an alternative approach to the SCC measure: the Near-Term to Net Zero. The principle behind the approach is that carbon prices should be set based on what our desired outcomes are; in other words, at what price does each tonne of carbon dioxide need to be for us to reach our net-zero target by a specified date?

The model allows each country to estimate an appropriate carbon price based on which year they aim to reach net zero emissions, their desired emissions pathway and the degree to which there are complementary policies in place to address other market failures which raise the required price. Estimates would then be updated periodically as our understanding of the uncertainties improve. Having the option to choose a specific emissions pathway may be particularly useful for countries that do not want to reduce their emissions linearly; for instance, developing countries may desire to reach net zero through a peak-and-decline pattern to lower the risk of compromising their growth.

To demonstrate how the model works, the researchers provide an illustrative example of what prices would need to be in the US to meet three different net-zero targets. Their model suggests that, by 2025, carbon should be priced at US$32, US$52 and US$93 to meet targets of net zero in 2060, 2050 and 2040 respectively.

These prices could be lower if stricter and effective complementary policies were put in place. Although the price of renewables is falling, continued support for electrification and improving the availability of information about low-carbon alternatives can facilitate a smoother transition from high-carbon to low-carbon products. Without them, nations run the risk of the “carbon haven effect”, where companies strategically locate their operations in countries with lower carbon prices to avoid a drop in profits.

As the lead authors of the paper point out, this approach is not truly new; their model formalises a strategy already being adopted in certain countries, including the UK. Last month, the government announced that they will be revising their approach to valuing carbon, replacing the SCC strategy with a “target-consistent” one. Their paper proposes a traded price of carbon which increases sharply as we draw closer to our 2050 target: £25 in 2020, £70 in 2030 and £200 in 2050.

Any country with a legally-defined target would be able to adopt this target-consistent strategy. Its compatibility with the Paris Agreement, which encourages countries to set near-term goals that can be updated every five years, could make it a good candidate as a policy proposal for COP26.

However, if UK officials were to propose that all countries adopt this strategy at the conference, scheduled for 2021, they would need to convince countries that have not yet done so, such as the US, to legally commit to a net-zero target. With an increasing number of countries moving in that direction, this may not be just a nice idea in theory.