Apprenticeship schemes are regularly wheeled out as the solution to getting young people into work, but they have consistently failed. Will it be any different in the new COVID world? IF supporter Ned Walker sets out the reasons why we might not be overly optimistic 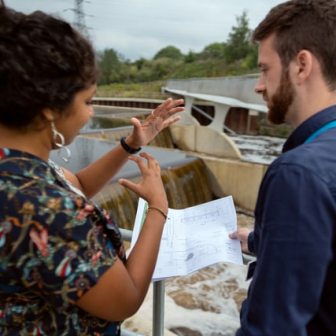 “I think it is going to be vital that we guarantee apprenticeships. We have to look after people across the board, but young people, I believe, should be guaranteed an apprenticeship,” said Boris Johnson at the start of a June that forecasted record youth unemployment figures.

This plan took (slightly) more concrete form with the Prime Minister’s announcement on 30 June for an “opportunity guarantee” for young people. Rishi Sunak’s Summer Economic Statement fleshed out the details – a £2bn “Kickstart Scheme” that pays for six-month work placements for 16-24 year-olds on universal credit, allowing for 25 hours of work per week at minimum wage. It is an attractive-sounding way to tackle the impending problem of youth unemployment, and the wider skills deficit.

It’s good semantically, tying in nicely with government priorities. You could close the skills gap as part of the “green recovery” with climate apprenticeships – originally a Jeremy Corbyn policy. Areas with high youth unemployment (often as a result of manufacturing decline) could benefit, or in governmental terms be “levelled up”.

Every government has one

In fact, apprenticeships are a broad enough concept to fit almost every government agenda and a vehicle for communicating how this agenda exists in reality – be it climate apprenticeships, a more muscular industrial strategy, or a skilled, STEM-proficient youth workforce.

So much so that every government has promoted its own variant of a game-changing apprenticeship programme, promising the transformation of Britain’s workforce. A whistle-stop tour through some of them is instructive not only in understanding how the schemes have failed, but also as a window into the priorities of the governments themselves.

David Cameron wanted no less than the end of youth employment. In typically Cameroonian style, beneath the gloss of enlightened Conservatism lay the actual policy, which went from the Access to Apprenticeships “pathway”, in which the work was unpaid, to Advanced Learning loans, where apprentices actually paid for the privilege. Both ended soon after – the first due to a low success rate (only 38% passed successfully through the programme) and the second due to low take-up (only 2800 people across the whole country signed up).

Theresa May’s government – inheriting Cameron’s target of 3 million apprentices set in the dying days of the Coalition – decided in 2016 upon the Apprenticeship Levy, in essence a tax as a percentage of payroll to be spent on apprenticeships by the employer. Complex, inflexible, and targeted at the wrong businesses (those with a payroll of over £3m), the levy resulted in 125,000 fewer apprenticeship starts in England in its first year – with 367,700 starts to July 2018. The manufacturers’ organisation Make UK (known then as the Engineering Employers’ Federation, or EEF), reported that 93% of manufacturers had had difficulties with the levy, and that more had scaled back apprenticeships rather than creating more. In the meantime, yet another government department reshuffle had placed apprenticeships within the remit of the Department of Education rather than the now defunct Department for Business, Innovation and Skills.

The curse of short-termism

The fact that apprenticeships have existed briefly as policy priorities, then drifted back into irrelevance, deluged by ever-changing targets and frameworks (now regulated by the Institute of Apprenticeships) and shorn of political will to implement them does not mean we should dismiss new versions out of hand. Their surface promise – that it should be possible for young people to receive effective vocational training with the prospect of a well-paid job afterwards – is not only a good one, but a good yardstick to judge the effectiveness of governments. The Kickstart scheme offers none of this vision, suggesting only the “option” of extending placements rather than a clearly defined path to a well-paid future for young people.

If it has been possible in Germany, then why not here? Underpinned by an expansive technical vocation training programme and combined with classroom learning under the so-called “dual apprenticeship” system, it involves over 19% of companies in Germany, and 68% of employed apprentices progress to full-time positions. The combination of all these factors is that an apprenticeship is seen as a meritorious, even coveted position backed by a recognised qualification.

The model is may not be entirely suitable for the UK. Germany has a far more robust manufacturing sector that facilitates apprenticeships, and the reputational weight of its vocational schemes cannot be built in Britain overnight. What can be created here, however, is an institutional framework that removes apprenticeship policy – and more broadly, skills policy – from the vicissitudes of central government and its short-termism.

The need for credible solutions

Incentivising employers to take on apprentices, as the Kickstart scheme does, is a start, but a quick-fix solution will do little to accommodate the pace of change in a post-COVID world that places young people’s livelihoods at even greater risk. Nor does the scheme indicate how young people not on Universal Credit – those most shut out from the prospect of employment – will benefit from the scheme, with only 30,000 traineeships set aside for those “unable to find work”.

Whilst, as Tory MP Robert Halfon has suggested, some bureaucracy could be swept away to facilitate greater employer involvement in schemes, “good” bureaucracy that is able to take a longer-term view on our skills and apprenticeships, and feed into rather than be subject to government would be welcome. The problems of tomorrow can only be partially fixed by the government of today, and – one could argue – especially when that government owes its electoral success to older people.

The announcement and the scheme is welcome as a starting commitment to the imperative of apprenticeships, but it is the latest in a long line that acknowledges the scale of the issue, without developing a plausible solution on an equivalent scale – especially when contained within an announcement from a government that promised to “end austerity”, but whose feted infrastructure push largely consisted of bringing forward a fraction of previous planned spending.

The policy, and the context behind it, are also exemplars of two of the biggest wider problems facing young people today. The first is the lack of political impetus or vision to address our yawning skills deficit and insufficient levels of vocational or skills-based training. And this itself can be attributed to the second reason, the chronic short-sightedness of our recent governments, exemplified by the endless variations of apprenticeship schemes over the last 10 years, with little progress or the ability to acknowledge and learn from past mistakes to show.

Johnson is better at dressing up his policies than most before him. Perhaps his government and the Kickstart scheme will finally be the one to find the solution to the problems that have bedevilled apprenticeship schemes up to now. But the genesis of this new guarantee is the series of failed schemes that have held out the promise of sustainable and prosperous jobs for young people, with little substance behind them aside from whatever government jargon is in vogue. Until we see otherwise, this announcement feels much more like Groundhog Day than a new beginning.