With the government intent on removing free or reduced travel from children travelling to school in London, Liz Emerson, IF Co-founder, explains why doing so would be intergenerationally unfair 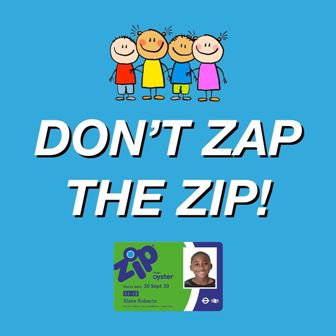 Who gets what nationally?

You would think that concessionary fares policy is straightforward, with those who need it most receiving the benefit, and those who can afford to pay, doing just that. But the UK concessionary fare system works in a different manner. That is because national policy is based on a principle of protecting “age” rather than “need”.

It means that those people over the state retirement age (SPA) must be offered free bus travel as part of the English National Concessionary Travel Scheme, the eligibility to which rises in line with SPA increases. By October 2020, eligibility will rise to 66 years of age. That seems fair, since people under retirement age should still be working and therefore able to pay their share for public transport.

Children, on the other hand, are not protected by statute, and because of this omission cash-strapped local councils across the country have been withdrawing children’s free travel and concessions.

Why is London any different? Back in 2010, the then Mayor of London, Boris Johnson, introduced the 60+ Oyster Card which gave local councils an obligation to provide free travel for all over-60s irrespective of need.

This in itself is intergenerationally unfair when many of those over the age of 60 but under 65 have ended up being able to travel to work for free. Previous IF research found that 1 in 4 over-60s were using their 60+ Oyster Card to go to work for free, the cost of which is subsidised by younger workers having to pay higher fares.

In fact, one of my first questions at meetings with MPs and Peers is a request for a raising of hands from those who came to work for free that day. A shuffling of feet and squirming embarrassment usually follows as those present realise that they are complicit in an intergenerational unfairness in that they can easily afford to pay for public transport to go to work but choose to take advantage of a concession that has no bearing on need.

Meanwhile London children under the age of 11 years are able to travel for free on buses or trams but have to pay on rail and tubes. From the age of 11, London children receive free bus and tram fares but pay child rates for tubes and trains, and 16–18 year-olds pay 50% of adult pay-as-you-go fares on all services unless they live in London where bus and trams remain free. But all this is going to change.

Fast forward to pandemic lockdown London, and the government has made a decision to give a conditional £1.6 billion funding package to Transport for London (TfL) facing an unprecedented funding crisis after revenues dropped before and amid the COVID-19 crisis.

But the funding package has intergenerationally unfair strings: travel ticket prices must shoot up above inflation and free travel for over-60s has to be reduced a little, but it is children who will suffer the most with under-18s concessions scrapped as part of the bailout package.

Having to pay for using public transport to get to and from school will put additional financial pressure on already hard-pressed families.

Get on your bike, says Boris

Arguments from Central Government appear to be based on a wish to encourage greater social distancing on public transport, with a view that children should be able to walk or cycle to school.

But there is robust statistical evidence that demonstrates that while COVID-19 is less harmful to children and teenagers, London roads are far more dangerous. According to a report by Dr Marilena Korkodilos, Deputy Director Specialist Public Health Services, PHE (London), 7 children are killed or seriously injured on Britain’s roads each day; 1 in 3 of all child deaths in England and Wales are avoidable; and in London a large number of deaths are through traffic accidents, with 16 deaths or serious injuries to children under 16 years each week occurring between 8am and 9am, and 3pm and 7pm.

Buses are not only a safer option to travel because of the risk of a roadside accident, but London also has a higher rate of street crime. London recorded the highest rate of knife crime in the country with 169 offences involving a knife per 100,000 population in the second half of 2018/19.

The Office for National Statistics explicitly states that young people are more likely to be the victims of a violent crime, while a BBC Freedom of Information (FOI) request to regional police forces in 2019 revealed that knife crime is mainly committed by young people on young people, with an 81% increase in knife crime since 2014. Add antisocial behaviour, stalking and harassment, hate crimes, theft and assault, and you can see why London’s children are nervous about walking or cycling on London streets.

According to Melissa Knight, IF Supporter and former youth worker, “A push bike is no competition for a gang member on a moped. It’s thoughtless and unnecessary to take a safer option of travel away from young people. Teenagers know walking around with wallets and phones make them vulnerable. As soon as the school bell goes, students huddle together and hope for a safe passage in a large group from the teacher-attended school gates to the bus stop. Many students see that bus coming and sigh relief that today they weren’t held against a wall and jacked for their phone.”

Or is it more about politics and money?

Some commentators have suggested that current Labour Mayor of London, Sadiq Khan, is being penalised for wanting the Greater London Assembly (GLA) to have more powers over spending in London and that Central Government is targeting him/it for what they consider to be overspending in recent years.

Others suggest that it is a much-needed cost-cutting remedy. If that is the case, then IF’s recent FOI request asking for revenue and deficit estimates of removing the #zipcard from children should not have been rejected by the Department of Transport. We are of course appealing that decision and, if unsuccessful, will take it to the Information Commissioner as we believe that revenue/deficit estimates are very much in the public interest.

IF is therefore supporting the #dontzapthezip campaign on the grounds of intergenerational fairness, poverty and safety. So far more than 200,000 people have signed an online petition to save free travel for London kids.

Child poverty groups and transport campaigners have joined the call. Joshua Brown-Smith, 14 year-old creator of this Change.org petition and Chair of Young Advisors of Lewisham Council, said that – with COVID-19 hitting his single-parent family hard – removing free travel would result in a choice of either going to school or not being able to eat.

What Grant Shapps, Secretary of State for Transport, has not considered is a generation of tech-savvy plugged-in young Londoners with the ability to spread information fast. Another petition (petition.parliament.uk/petitions/331453) led by 17 year-old Olivia Faria in Vogue magazine has achieved 164,000 signatories.

This week the government has delayed the implementation of the Zipcard reforms until 2 November 2020. We hope that the decision is due to the pressure that campaigners and London’s youngest have bought to bear.

The Zipcard is more than just about being able to get to school for free, it is a symbol of teenage independence that we must keep, at all costs.