A new set of global population projections suggest that the world’s population could be on course to age much more rapidly than previously expected. David Kingman explores what this could mean for intergenerational fairness 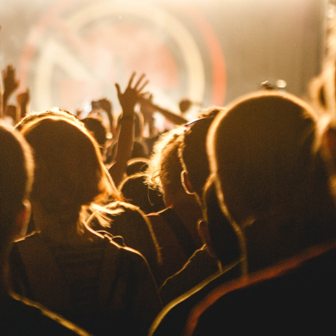 Demographers have known for a long time that the population of the world is ageing rapidly. The majority of high-income and middle-income countries are now grappling with an ageing population, which has been caused by lower female fertility than was the case for previous generations and rising life expectancy due to improved medical treatments and healthier lifestyles.

However, there remain some quite significant disagreements among experts over when the Earth’s population might peak, and exactly how far these trends are likely to extend in terms of countries’ populations shrinking.

That’s why a new piece of research which was recently published in the Lancet raised some eyebrows: using a novel forecasting methodology its authors argued that population ageing and shrinking is likely to happen more quickly and to a greater extent than previous forecasts have predicted.

It’s fairly obvious that living in a society that is rapidly ageing and shrinking will have major repercussions for future generations in all sorts of ways, so this article will attempt to summarise the research’s key findings and assess what they could mean for intergenerational fairness.

“Development is the best contraceptive”

“Development is the best contraceptive” is a famous aphorism about population growth which was originally coined by Dr Karan Singh at the World Population Conference in Bucharest in 1974. The accuracy of her remark has been borne out many times since she first uttered it, and in many ways this is the reality which lies behind the demographic revolution that the world’s population is currently experiencing.

In the year 1950, the global average woman had 4.7 children during her lifetime. Obviously, this figure varied quite a lot from place to place, but in the era before the invention of the contraceptive pill women everywhere generally had more children than they do today.

According to the new piece of research referred to above – which was undertaken by researchers at the University of Washington’s Institute for Health Metrics and Evaluation – this had halved to 2.4 by 2017. This is very close to 2.1, the level of fertility that is viewed as the population’s replacement level (when there are the same number of births as deaths, and so the population remains steady).

Based on a novel technique which they’ve developed for forecasting human population change, these researchers predict that the average woman will be producing only 1.7 children during her lifetime by the turn of the next century in 2100. This would have huge implications for the overall course of human population growth: it would result in the number of people on the planet peaking at 9.7 billion around 2064, before falling to 8.8 billion by the end of the century.

The researchers estimated that there are 23 countries which could see their populations fall by more than half between 2017 and 2100, including Japan, Italy, Spain, Portugal and South Korea.

Compared to these extreme examples, the UK would get off relatively lightly under this scenario: its population is projected to peak at 75 million in 2063, and fall to 71 million by 2100 (a decline of only 5%). However, its population structure will still become significantly more elderly.

What will this mean for young people in the future?

It should go without saying that there are potentially a lot of negative consequences for young people living in Western countries in a world where the human population is ageing and shrinking.

Although it’s impossible to imagine what the world is going to look like in 2100, it’s hard to believe that this very large cohort of older people won’t need pensions and healthcare, which will have to be paid for by a shrinking number of younger workers. You would expect people to continue having longer and longer working lives as medical progress means that a rising share of life is lived in good health, but at some point people will still be too old to work. Additionally, it’s hard to see how the world can carry on generating economic growth if there aren’t ever-increasing numbers of workers and consumers joining the global economy each year.

It’s also interesting to wonder what this future scenario could mean for democracy. The researchers highlighted that the politics of immigration is likely to become even more fraught as countries with shrinking populations may well have to accept very high levels of immigration in order to maintain economic growth, even though native citizens may be opposed to it.

Specifically, the study’s authors estimated that the population of sub-Saharan Africa will treble in size to more than three billion people by 2100, with Nigeria becoming the world’s second biggest country with a population of 791 million. Under this scenario, sub-Saharan Africa will be virtually the only region of the world which still has a surplus of young workers, which could lead to very high migration from Africa to the developed countries which are desperately in need of more young workers.

It’s important to stress that this scenario isn’t predestined to happen; this is just one possible outcome, which is considerably more pessimistic than the most recent forecast of global population change published in the United Nations World Population Prospects report last year.

Their 2019 report projected that the Earth’s population will still be growing in 2100, when it will reach almost 11 billion. Their report also anticipated that very similar forces would affect the world’s population, including lower fertility because of development and rapid population ageing, but the world will feel their effects more slowly.

Whichever scenario eventually comes to pass, what both sets of projections really encapsulate is the paradox that the human race may have been too successful at improving people’s living standards over recent years (as rising living standards have led to us having fewer children). This progress seems to have reached the point where it could radically undermine the way we live our lives, and the structures of society that sustain that.