The Office for National Statistics (ONS) recently released a large amount of very detailed data about the ways in which young adults’ lives have been affected by the COVID-19 crisis. David Kingman explains what these data say about the impacts of the virus on young adults’ mental health 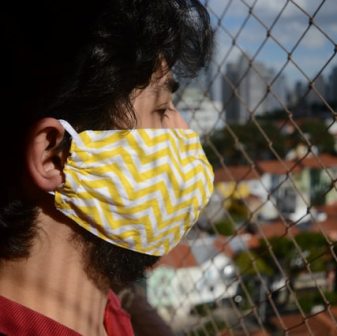 As the UK’s COVID-19 crisis drags on, it’s becoming more and more important for the government to have a complete picture of the negative impacts which the crisis is having on people who belong to different age groups so that it can design targeted interventions which will alleviate the specific problems that different generations are having to grapple with.

Fortunately, there are signs that the government isn’t taking a one-size-fits-all approach to the way in which it’s targeting support for different age groups, as evinced by the large amount of support that was specifically aimed at younger workers in the Chancellor’s recent Summer Statement.

However, young adults in particular are still facing a range of unique challenges as a result of the COVID-19 crisis across many different areas of their lives. We know this because the ONS has recently released the most detailed data we’ve seen so far which looks at the impacts that the crisis is having on people who belong to different age groups, and it particularly highlights the range of problems that young adults are facing. The rest of this article will provide a quick summary of the key challenges that young adults say they are facing, and propose some ways in which government policy could try to address them.

How worried are young adults about COVID?

Using data which were collected as part of the weekly Opinions and Lifestyle Survey which the ONS have run each week since the UK first went into lockdown, between 3 April and 20 May they were able to gather the views of a random sample of 6,400 adults living in Great Britain, which were then weighted to make the survey results nationally representative.

The results of this research revealed that there were some quite significant differences in the impacts which the COVID-19 crisis has had on people who belong to different age groups.

Firstly, when the survey respondents who provided the data were divided into three distinct age groups, young people (those aged 16–29) were slightly less likely to say that they were either “somewhat worried” or “very worried” about the effects that COVID-19 was having on their lives than either adults aged 30–59 or the over-60s were, although a high proportion of adults within all three groups admitted to some degree of worry.

Overall, about 71% of young adults expressed some degree of worry over COVID-19, compared with around 80% in both of the other two age groups. However, although there is a small difference, this suggests that the vast majority of the population are experiencing anxiety over the impacts of the virus.

The ONS researchers then broke down these findings further to look at the specific areas of their lives which people who were worried within each group had the biggest concerns about. They found that among young people (aged 16–29 years) who were worried about the effects which the virus was having on their lives, their main concerns were the effects on schools or universities (24%), their well-being (22%), work (16%) and household finances (16%).

For fairly obvious reasons, most of these concerns were distinct to this age group. For example, it’s understandable that young adults are more concerned about the effects which COVID-19 is having on access to educational facilities and exams than any other generation is, while the results showed that older adults were much less likely to be worried about the potential impacts of the COVID-19 crisis on their work because so many members of the older age group were already retired.

The ONS found that young people who reported that their well-being was being affected were much more likely than either those aged 30–59 or those aged 60 and over to report being bored (76%) or lonely (51%), and they were also much more likely to say the lockdown was making their mental health worse (42%).

Given that most of the coverage of the COVID-19 crisis has tended to focus on the economic damage which it is doing to young adults’ living standards, or the risk to their physical health from actually contracting COVID-19 themselves, this suggests that the negative impacts of the lockdown on this generation’s mental health needs to receive far more attention than it has done previously.

There are a number of reasons why the generational differences in the crisis’s impact on well-being might be so large. It could partly be that young adults are more comfortable talking about their mental health, and are more used to evaluating their overall level of health in a way which takes account of their mental health, than older generations.

Additionally, it might be partly to do with the lifecycle: it could be that young adults tend to be more sociable than older generations, and have a greater need for excitement and mental stimulation, so the withdrawal of these things which has occurred for many people during lockdown has been especially tough for them to bear.

Furthermore, we also know that young adults, and particularly young women, are the age group who report the highest levels of loneliness even under normal circumstances. Given the extreme restrictions on social contact which have been enforced as part of the UK’s lockdown, it’s unsurprising that the group which was already experiencing the highest levels of loneliness would suffer a deterioration in their mental well-being.

Finally, there is also clear evidence that young adults are struggling in economic terms because of the COVID-19 pandemic, and many of those who are still involved in the education system now have added concerns about whether they will be able to finish their courses and obtain the qualifications which they’ve been working towards, and what form the next part of their education is likely to take.

Reasons to be concerned

These concerns were clearly visible in the ONS data. The ONS researchers found that, for those young people who reported that the coronavirus was affecting their work, the most commonly reported impacts were a reduction in hours worked (21%), concerns about health and safety at work (18%) and having been asked to work from home (19%).

The young adults who said that they were worried about their education also reported experiencing a range of different concerns. Other than being unable to attend their educational establishments, most young people who reported an impact on schools or universities expressed concerns about the uncertainty over exams and qualifications (58%), the quality of education being affected (46%) and a move to homeschooling (18%).

Given the wide range of ways in which COVID-19 has impacted young adults’ lives, it’s unsurprising that many of them are anxious and have experienced a decline in their well-being. It wouldn’t be surprising if mental health services which deal with this age group experience increased demand as the crisis enters the next phase, in which case the government should provide these services with the level of resources which they need to deal with the problems affecting young adults’ mental health.