Recent research into the impact of the COVID-19 lockdown on the living standards of different groups within the population suggests that young adults are feeling its effects disproportionately, reports David Kingman 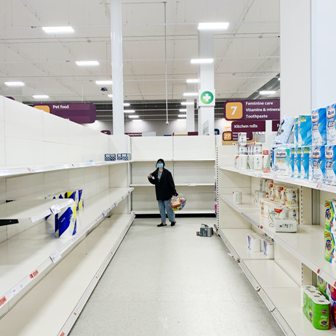 Now that the UK has been imposing strict social-distancing measures to try to control the spread of COVID-19 for a significant period of time, more evidence is beginning to emerge about the serious economic consequences which these measures are having on certain social groups within the population.

It is already clear that the socio-economic impacts of COVID-19 are not being shared equally. In particular there is now a large amount of evidence which shows that the crisis has had an especially negative impact on the living standards of younger adults, which is concerning because this age group was still feeling the after-effects of the post-2008 global financial crisis.

Ever since the UK’s lockdown measures were first imposed, it has seemed inevitable that younger workers would be disproportionately disadvantaged by them, for several reasons. Firstly, this is because younger workers normally are the group which is worst-affected by economic downturns in general, owing to their comparatively weak position in the labour market (as they tend to have fewer skills and less experience than their older counterparts).

Secondly, younger workers are particularly likely to work in sectors of the economy which have been badly affected by the COVID-19 crisis. An analysis by the Institute for Fiscal Studies (IFS) in early April showed that workers who are under the age of 25 were about two-and-a-half times more likely than all employees as a whole to work in a sector which was shut down by the UK’s lockdown, such as hospitality, retail or tourism.

Thirdly, we already knew that younger adults’ living standards were in a relatively precarious position, as they have to devote more of their household budgets to paying for the cost of “essential” goods and services, especially the cost of housing, than people in older age groups do.

IF research which was published last year showed that households where the Household Reference Person (HRP) was aged under 35 were devoting almost two-thirds of their total expenditure to essential spending before the lockdown, which is much higher than in any other age group. This made them more vulnerable to facing serious repercussions if they suffered a negative income shock, as spending on essentials is comparatively difficult to cut back on if a household suddenly finds it has less money.

The vulnerability of younger households was also highlighted by a subsequent piece of research from the ONS which found that younger households were the age group who were most exposed to a potential fall in their incomes caused by COVID-19 because they were less likely than older households to have enough savings to cover their normal outgoings if that happened.

The cost of living

Recently, the ONS has used more up-to-date data to investigate how different households have changed their spending patterns since the COVID-19 lockdown actually began. This produced several interesting insights which build upon the points that were summarised above.

Household spending has changed in two important respects since the UK went into lockdown. Firstly, certain forms of expenditure have been strongly discouraged (or rendered far more difficult than they were previously) by the lockdown itself, such as eating out or travelling. Secondly, households which have lost income because of the lockdown clearly have a strong incentive to cut back on spending where they can.

The ONS estimate that roughly one-fifth of the amount which the average household was spending each week before the crisis was being spent on things which haven’t been available during the lockdown, most of which were discretionary (non-essential) goods.

They also estimated that in a typical week before the lockdown, the average household was allocating 53% of its normal expenditure towards what they regarded as “essentials” (N.B. this was using a different definition of essential expenditure to the one that we at IF used in our research). Using their definition of essential spending, the ONS identified three overlapping groups whose members devote the highest share of their household budgets towards essentials: households headed by young adults, private renters and households living in London.

Mirroring the conclusion which we drew from our own research, much of this is driven by housing costs. They also found that households which rent their accommodation from a landlord have been less likely to be offered a payment holiday during the lockdown than owner-occupiers are, putting their budgets under more pressure.

Winners and losers from lockdown

This new analysis from the ONS adds to our understanding of how, as in most economic crises, there are likely to be distinct winners and losers from the UK’s societal lockdown.

There is already evidence to suggest that a minority of households have actually enjoyed what could be called a “lockdown dividend”, as they are able to work effectively from home and earn their usual income without spending as much as they normally would on transport or other costs which they aren’t currently incurring: a survey undertaken by YouGov in May found that 10% of UK households said that the COVID-19 outbreak has enabled them to pay off debts and 17% said they were putting more money aside in savings than they normally would.

However, much larger numbers of households said that COVID-19 was having a negative impact on their finances: 44% of respondents said they felt less financially secure, 36% said they had dug into their savings to support themselves and 35% said that their income had gone down, while 16% said they had taken on new debt since the lockdown started.

It’s clearly very important that policy-makers have as accurate a picture as they can of what the COVID-19 crisis has done to the living standards of younger households, as this will be important when it comes to designing new ways of providing them with extra help and support when we enter the post-lockdown period.