The COVID-19 pandemic is laying bare intergenerational inequities that have already deepened after the Global Financial Crisis and will be significant challenges for the post-COVID recovery, argues Lukas Sustala, Director of NEOS Lab, the Vienna-based think tank and academy of NEOS, a liberal Austrian party. In his book Zu spät zur Party (“Too late to the party”), released in 2020, he has analysed the adverse long-term consequences of the 2008 financial crash on the prospects of younger people, and warns that the challenge is too severe to ignore this time. 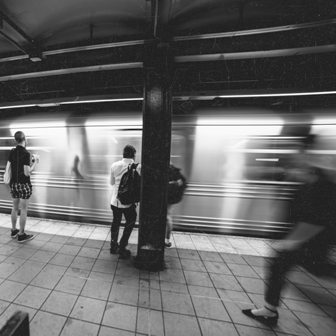 When it rains, it pours. The COVID-19 pandemic and the measures to tackle it have had drastic consequences on nearly every aspect of our lives. Economic activity ground to a halt, causing the most severe recession in close to a century. Workplaces were closed down, companies and workers stumbled into distance-working arrangements – if possible – and healthcare professionals were the most obvious to work in uncharted territory, and with risks to their own health. Families had to immediately stop their juggling between work and childcare arrangements and catch all juggling balls at once.

Intergenerational solidarity was needed, as younger people too – themselves not likely to come down with severe cases of the disease – stayed home, socially distanced and helped out in their neighbourhoods.

Last in, first out

We are now in the second phase of the immediate fight against the spread of a deadly virus: the controlled loosening of the lockdown measures. But it has become obvious that the pandemic and the lockdown have also shaken the generational contract economically. Young people are facing disproportionate economic pains from the crisis.

Youth unemployment has markedly risen, even in European economies which subsidised schemes to furlough workers to limit the immediate adverse labour market impact. In Austria for instance, “Kurzarbeit“, the heavily subsidised short-term work scheme, was used for roughly one in four workers. Yet, employment for young adults aged 25 or younger dropped by an astounding 8,8% through the lockdown, faster than for the other age groups.

Economically speaking, “young” has been a risk factor during this COVID-induced crisis: many employers have taken a “last in, first out” approach, firing the youngest hires. This is exacerbated by conservative welfare states, in which employment protection correlates closely to age, and young and old often effectively work in separate, dual labour markets. Add to that, that young people are more likely to work in the severely-affected sectors of the economies.

Young firms are also experiencing bigger problems to access government-sponsored vehicles to credit, capital or even cash. Subsidies that depend on past profits or guarantees that protect long-standing credit facilities by banks will be of little help to many start-ups or scale-ups.

Given the gravity of the current health and economic challenge it is highly likely that we will observe significant scarring. The scarring effect of economic crises is well established in the economic literature. The COVID-19 crash will leave its mark – like the Global Financial Crisis of 2008/2009 and its aftermath of low growth.

The crises of a decade ago are still visible in incomes, employment histories and the formation of families. As I have written in my book Zu spät zur Party (“Too late to the party”), younger cohorts have been faced in many Western economies by a big squeeze – of lower income growth, more uncertain working conditions, higher under- and unemployment, and less generous benefits on the one hand, and higher costs for rent and property, more debt and demand for educational investment on the other.

The COVID-19 impact on the first steps on the career ladders of young adults will be severe, as early studies indicate clearly, crushing many of the lower rungs. The consequences of this are manifold, visible in income streams, wealth accumulation and family formation. And they will reinforce the trend that the risk of poverty and social exclusion has risen significantly for younger cohorts in Europe. The 2020 COVID-19 crisis might thus haunt us even in the year 2030.

Fiscal burdens on the rise

Scarring is not the only risk facing younger generations in Europe. The crisis is likely to increase the pro-elderly spending bias of many European welfare states.

The fiscal costs of demographic change of Europe might have risen even in the absence of any pandemic. Unlike the Northern countries like Denmark and Sweden, continental and southern European countries still had some work to do to tackle intergenerational inequities. As societies age, resources will have to be increasingly  allocated to deal with pensions and long-term care; linking the systems to demographic change dampens the dynamic of rising costs.

Now, the COVID-19 crisis has contributed to massively higher costs for public “pay as you go” pension schemes, as payouts are protected and will be topped up by taxes if social security contributions fall – as they currently do on the back of an employment crisis. The result: limited fiscal space for other policy areas, such as measures to tackle climate change, investments in education and healthcare systems.

Government debts will rise quickly in 2020. And even if many stimulus measures are necessary, and an expansionary fiscal policy with record-high deficits is the right thing to do in the face of an pandemic-induced severe recession, societies will still lean on young and future taxpayers to shoulder the burden going forward. The failure to tackle high debts in the past is taking its toll in countries like Italy, whereas Sweden, Denmark and Germany today have more fiscal firepower at their disposal to counter the crisis due to surpluses run in the past.

No “return to normal”

We are still in the midst of a pandemic that will force and speed up change in so many fields. COVID-19 already acts as a catalyst in so many areas, as the boom in videoconferencing, digital learning tools, streaming services and telemedicine has shown.

We still do not know, whether a second wave of infections in Europe is likely and how long it will take to find a vaccine against COVID-19. It is thus still too early to assess the economic damage done by the worst global recession since 1945, and it remains of utmost importance to solve the health crisis. Alas, given the likely economic contraction, it is safe to assume that warnings by the UN and the ILO about a “lost generation” are well-founded.

Countries failing to adapt their welfare states to the challenges, or failing to foster long-term dynamism through investments in education, research and development and to increase intergenerational fairness by taking demographic change into account will have another crisis on their hands: the political scarring – a deep-seated mistrust in institutions that failed young people at a time where solidarity between generations was needed in so many areas.

Intergenerational solidarity covers health and pension issues but also takes into account the changing working conditions, the income situations of the current economic environment, and the environment, and the political representation of the young. These are the cornerstones on which to regain this trust.