First bushfires, now COVID-19, Australia is reeling, and the young risk bearing the brunt. Sweeney Preston, a 22-year-old newsroom contributor for the FYA (Foundation for Young Australians) – as well as a comedian, cinema worker and anthropology student at the University of Melbourne – turns a critical eye on recent events, and describes how it looks from his perspective. 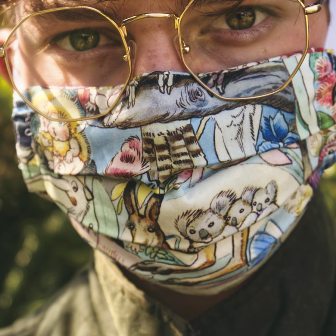 This episode in Australia’s history has highlighted the true value of previously forgotten groups within the workforce. These groups have not suddenly gained value, rather they have finally been recognised for the value they possessed all along.

Normalcy for many Australians during COVID has been defined not by our freedoms and ambitions living in the “lucky country”, but by our access to an intricate and disenfranchising welfare system.

Earlier in April, both major Australian political parties endorsed the single most expensive piece of legislation in the country’s history: a coronavirus wage supplement known as the “JobKeeper” scheme. The scheme is a $1500 fortnightly payment designed to keep employees on the payroll during the lockdown.

Political ideologies were temporarily frozen in time. A conservative government that had long been obsessed with achieving a budget surplus was suddenly required to uncharacteristically spend, and spend big.

This break from traditional ideology was encapsulated by the government’s retraction of celebratory budget surplus mugs from its website. Yes, you read that correctly. These mugs would have celebrated the government’s budget becoming “back in black” (a term that sadly has less to do with rock band ACDC and more to do with describing profitable balance sheets).

Despite being a key campaign promise of their election win in 2019, the “back in black” budget never managed to materialise. And after a March-quarter national recession, it probably never will.

So with businesses laying off staff and unemployment queues growing, JobKeeper was developed, complete with a $130 billion price tag.

Despite this astronomically high number, it would’ve been wrong to assume that the package was all-encompassing.

Seeing through the holes

In addition to the omission of casual workers, carers, artists and disability pensioners, a fundamental feature of the Australian Government’s early-COVID response that warranted scrutiny, was the nature of scrutiny itself.

Parliament was not scheduled to resume until August (though after considerable backlash a number of dates in May were announced). There was no new legislation set to be introduced before that time. This was a clear directive to the Australian people that the government believed their job was done.

When childcare workers, supermarket workers, cleaners, healthcare workers and transport workers are risking their lives for the betterment of society, elected officials deemed themselves unessential in a time of vast social change.

Transparency during crisis governance is crucial. In the past year, the Australian public witnessed horrendous mismanagement and underfunding of bushfire services, followed by a series of deeply corrupt “sports rorts” scandals, involving the politicisation of government funding to sports clubs. The public demanded transparency and visibility from our politicians.

Australia’s Attorney-General, Christian Porter, even said that he and his colleagues had “better things to do” than sit in parliament. This “better things to do” rationale was at best sloppy negligence, and at worst, an insidious attempt at sheltering from criticism under a bureaucratic invisibility cloak.

Despite this rattling of public faith, the spirit of bipartisanship in Australia was strong between the states and major federal parties in the early COVID-19 response. This was propelled by the Voltairean sentiment, “Don’t let the perfect be the enemy of the good.”

It would be remiss to say, however, that this was not the time for reflection, revaluation and critique of our Australian society and economy. Policies such as government-funded childcare that the conservative Coalition labelled “communist” during the last federal election, suddenly became law. Their law.

With the drastic socialisation of the Australian economy, the government had the chance to correct what Labor Party opposition leader Anthony Albanese described as “market failure”. Mr Albanese referred to the indispensable contributions of our typically underpaid and undervalued workers – those in healthcare, childcare, supermarkets and sanitation. He contended that “Price does not represent value…because their value has been shown to be absolutely essential to literally keeping us alive during this period.”

Another thing to change was Australia’s unemployment benefits for those in the process of seeking work. These had previously paid a less-than living wage. A literal relative poverty wage. After the virus struck, the government began dispensing an extra $550 per fortnight in benefits. This allowed many recipients to finally fix their car, visit the dentist or simply see a doctor for the first time in years.

The quiet part was finally said out loud: that before coronavirus forced normal, hard-working people to apply for government financial assistance, they were a disincentive, rather than a salvation.

It became plainly obvious that if Prime Minister Scott Morrison’s messages of unity were to be actioned, we needed to be judged by the level of our floor, rather than the level of our ceiling.

Our ceiling is a celebrity talking about how they’re coping in their three-storey homes with swimming pools. Our floor is the approximately three million Australians still living in relative poverty.

In recent years, Australia has struggled with the notion of investment. We have come to expect immediate returns. We have failed to plan further than the next election, prioritising cursory tax cuts over funding public services. We have struggled to see the value of cultural capital as anything other than a means to transfer it to economic capital.

We have left behind our artists, who are always the first to work for free when fundraising after a crisis. Sydney comedian Celeste Barber raised $52 million for the bushfire relief effort through a viral online campaign, and that is but one example.

As young people in this country, we are brought up in a society where we have little hope of owning a house and graduate from higher education saddled with student debt. It is from this platform that we are told that we will be expected to carry the economic rebuilding of the nation on our shoulders in the decades to come.

Since the global coronavirus outbreak began, Australia has been one of only a handful countries to have controlled its domestic outbreak. If things continue to go well, we may soon be able to reprise our “lucky country” label.

As restrictions in Australia ease, we treasure time spent face to face with friends. As restaurants re-open, we value a simple pub meal and a beer. As our arts hubs and sports stadiums open for business, we reflect on how special it is to simply be there, live and in colour.

All these changes are deeply personal. They are not something that was legislated, debated in parliament, or voted on. They are felt. They are symbolic.

A few months ago, the question on every Australian’s lips was “how do we return to normal?” Since that time, Australians have become armed with newly realised perceptions of value and well-being within our society. Looking out to the rest of the world where the threat is far more imminent, a part of us is admittedly still obsessed with returning to normality. Another part of us, however, recognises how special it is to simply be here, alive and in colour.