Worrying intergenerational divides were already apparent in Italy following the recent double-dip financial crises, and these can only have been exacerbated by COVID-19. Analysis by Luciano Monti, Adjunct Professor of European Union Policies at LUISS Guido Carli (Libera Università Internazionale degli Studi Sociali) in Rome, and Scientific co-director of  the Bruno Visentini Foundation, a research institute with a notable track record in intergenerational studies. 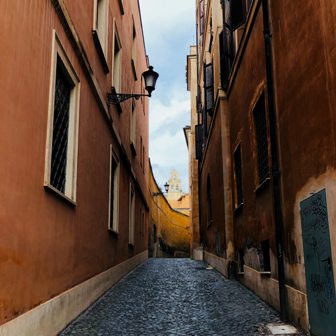 In June 2020 the OECD published a Report titled Youth and COVID-19: Response, Recovery and Resilience highlighting the asymmetric economic and health impact of the pandemic across age groups.

On one side there is evidence that older age cohorts have borne the greater part of the health impact of COVID-19; on the other, analysts are worried that the highest economic and social pandemic price will be paid by the younger generations.

According to the OECD Report, COVID-19 poses considerable risks in the field of education, employment, mental health, and disposable income for young people aged 15–24. While these could be considered the short-term risks, the long-term risks – such as the imbalance between the increase in the general government debt and spending on the welfare state – should also be taken into account.

The pre-COVID generational divide of Italy was the greatest in Europe, including a large number of NEETs (more than a quarter of under 24s are living in conditions of total inactivity, or Not in Education, Employment or Training, both voluntary or otherwise); a 134.8% General Government Debt to GDP; and the greatest disproportion between governmental public expenditure on health and the cost of retirement pensions (the latter being one of the biggest costs for the State budget).

According to the OECD single-hit scenario (i.e. no further COVID outbreaks in 2020), this year the Italian General Government Debt will rise to 158.2%, and GDP at market prices will fall 11.3%; employment will fall from 23.3 million people in work to fewer than 22.3 millions. Considering that younger workers are concentrated in the restaurant and hotel sector and gig economy, the impact on youth employment will be considerable, and the one million jobs lost will mainly hit the young.

Salary subsidies will stabilise the general rate of unemployment, but the extraordinary governmental measures will end in the current year.

Vulnerable classes will unavoidably pay the highest price during such a structural crisis. The asymmetry is generally territorial (i.e. it affects less developed regions most), or gender-based (i.e. it affects women most); however, the age aspect will also be relevant during the COVID-19 recovery phase.

How intense will the asymmetric impact be on Millennials and Generation Z?

The most recent conjunctural crises (the global financial crisis of 2008 and the sovereign debt crisis of 2011) show, as far as Italy is concerned, that in the meanwhile, the generational divide index increased noticeably. According to the Generational Divide Index (GDI) 2019 analysis, in 2030 there will be a huge number of people over 40 in the NEETs category still looking for an independent and autonomous life (Bruno Visentini Foundation 2019). As the acronym implies, GDI focuses on the generational divide, which in essence is about measuring the extent of delay that young people face in obtaining full autonomy and independence to pursue life’s objective goals compared to the older generations – i.e. buying a house, borrowing money, pursuing higher education, finding suitable employment (Monti 2017).

The graph below shows how the recent crises have exacerbated intergenerational inequities, both in 2008 and 2011. The lack of policies in favour of youth over the three years 2017-2019 negatively impacted the pre-COVID trend.

Figure: The Generational Divide Index in Italy: the impact of previous crises and the cost of inaction 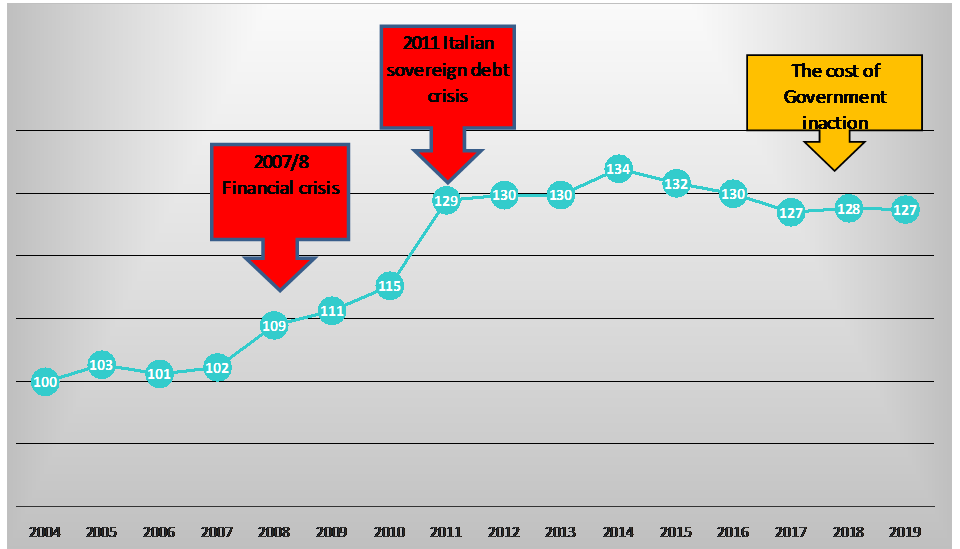 The Italian case study demonstrates that the fight against generational divide and intergenerational inequity should be a constant effort. Government must look to long-term impact and prevent the exacerbation of the asymmetric impact of the pandemic among different age groups.

The OECD 2020 preliminary outlook policy message recommends applying a youth-oriented and intergenerational lens in responses to crises and in recovery measures across the board in public administration, and recommends providing targeted policies and services for the most vulnerable youth populations.