The COVID-19 crisis has coincided with worldwide Black Lives Matter protests following the death of George Floyd at the hands of police in Minneapolis on 25 May 2020. They triggered the resolution of a long-standing controversy over a statue of Cecil Rhodes in the English city of Oxford. Danny Dorling, Halford Mackinder Professor of Geography at Oxford University, detects in this a major and promising acceleration in the demands for change among the young. 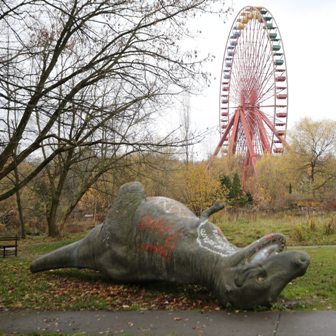 Around the year 1936 or 1937, when my grandfather was an undergraduate at the University of Oxford, he was told by the tutors in his college that war was coming. He was also told not to say anything to frighten those outside the college walls – locals, who should not be concerning themselves with such matters. The University then considered itself to be a place above. Oxford staff and students thought of themselves having minds far more advanced than those of lower mortals. Eugenics was then the common view of many of the young men in the University – they were told that they were special, as was the Empire that had their university at its intellectual heart.

Young men in the 1930s did not make the running. They knew their place, kept their mouth shut and did what older men told them to do. Young women were to be seen and not heard. You can easily look back to see the intersection of the way we used to look down on the young so much more than we do today, with how we looked down on the “weaker sex” of women, looked down on people of “lower” social class, and of what were commonly called “inferior” races.

It is much harder to see our prejudice today; but it is always less clear in the moment, often as much because of what is not said than what is said.

I work in a university which operates an honour code of silence, a kind of omertà among its senior, older, staff. In this the University of Oxford is not unusual in British society. Part of that unwritten code states that no head of an Oxford college should comment on issues pertaining to another college. Thus – ever since the issue of the statue of the racist imperialist Cecil Rhodes on the High Street arose many years ago – while mainly younger people and especially students have called for the statue to fall, every head of every Oxford college kept their mouth shut, more than three dozen of them at any one time. At times, it felt that not much had changed since my grandfather’s day.

It helps to know your history to understand how the honour code of silence arose, but it is beginning to break and that is partly an intergenerational change. I think that this small story of one statue on one wall in a very small city in the English midlands in June 2020 is telling us more than merely that the Black Lives Matter campaign won and “Rhodes Will Fall”. It is telling us that the young will not blindly accept the silence and connivance of the old any more, not with pandemic heaped on Brexit, heaped on inequality and climate change.

It was during early June 2020, under the strain of the debate over Cecil Rhodes, when I read on Twitter that a master or provost (a head of a college) said “There has never been, to my mind, any question but that the statue honouring a slaver and colonialist should be removed,” but I could not find those words as a public statement. Another apparently said “I personally now support the proposal of the Leader of the Oxford City Council…that the statue be removed to a museum,” but – again – their words could not be found outside of reports on the Twittersphere. If even the most radical of the old establishment are too afraid to speak out, too bound to convention, too timid, then it is time for the young to take back control.

People not based in the University of Oxford were far more happy to say what they thought, as were city councillors and others who were a long way from Oxford. For instance, the Mandela Rhodes Foundation issued a public statement in which they said “To use the partnership to justify the continued display of colonial symbols is to fundamentally misunderstand it.” The Foundation was referring to ill-informed attempts to defend the Rhodes statue using the name of Nelson Mandela made by some senior University officers. Similarly, Valerie Amos, Baroness Amos, when speaking to the BBC said: “We don’t have to glorify those people by keeping their statues up there.” Soon Valerie will become the Head of University College, Oxford – but until that day, she is free to speak out (and perhaps she may decide to keep speaking out after that day).

So why the reticence of senior people in Oxford University to speak up publicly if they oppose the statue remaining in its place on the High Street? And why did a few of the old guard think they could speak out in favour of it and expect not to be condemned for doing so? I think they missed the change in the mood. Because of COVID-19, Oxford was empty of students in June, and empty of tourists. The people, almost all young, who marched to the statue and called for it to be removed were locals. They are the people who make the city work, including those who clean its hospitals, and streets. Many of them were black. It had been a long time coming.

Between my grandfather’s time, as a student, and mine as a member of staff, a great deal has changed. At times, especially in the 1960s, there were signs of great progress being made; but then a retrenchment began. We can see this both internationally in how the young are so badly treated today, as well as in this one event in this small city at the height of a pandemic when what had been deemed impossible became possible and the governing body of Oriel college agreed that the statue should go.

How are we to see the importance of this event and how it fits into a wider pattern of change? I have one suggestion which is, of course, from my view point, but also from a friend and colleague of mine who is older enough to have seen great change before. Sally Tomlinson and I have very recently updated previous analysis and suggest that from the 1980s onwards, as Britain became progressively economically more unequal, the University of Oxford began to appear to become progressively more and more elitist. This became most clear last year when all the key contenders for the race to become leader of the Conservative Party were “Oxford men” and the undergraduate products of the decade of the greatest growth in inequality in Britain.

As wealth inequalities grew even greater worldwide, people with sometimes dubious back-stories but huge amounts of wealth, and often a desire to improve their image, began to make greater and greater donations to the University of Oxford. No wonder we again hear so much silence in public. To critique the keeping of a statue celebrating a man who claimed his race was superior opens up a huge can with the worms stretching from Empire legacy to the creation of the present-day Prime Minister.

Once you start, at what point do you stop apologising? As the former head of the African Studies Centre at Oxford said in that June 2020 week of most activity, when trying to explain why Rhodes must fall: “I do not say this because I enjoy criticising the university – I spent the happiest years of my life there – but because I know it can do so much better.” The more that energetic students and radical junior staff continued to speak publicly about these issues, frequently to their potential peril, the more that the silence from above became deafening.

None of us are without fault. My own post at the university is named after a racist murderer, just one far less well known and whose actions killed far fewer people, than Cecil Rhodes (and, yes, my job title should be changed too). But we can learn from the past. My grandfather went to fight in that war that he was told was coming when he was a student and which began in 1939. And when he came back his generation of young people threw out the old that had taken them to world war twice in two generations.

In recent years there have been many small signs that the University of Oxford, the country of England it is set in, and in some ways the world were changing course again, perhaps in line with a change in the prevailing sentiment. You know change is real when the statues actually come down; and until they come down you will know that little of any lasting significance will have dented the attitudes of arrogance and superiority that they, and the oh-so-cold silence surrounding them, represented.

The COVID-19 has helped to focus minds. The young should not wait their turn while the old act in such folly.