Children in Italy have had a baffling time in the topsy-turvy world of COVID-19. How are they going to cope with the new normal, and what echoes of it will reverberate in the long-term future? Martin Solly, professor at the Department of Culture, Politics and Society at the University of Turin, envisages the pandemic through their eyes. 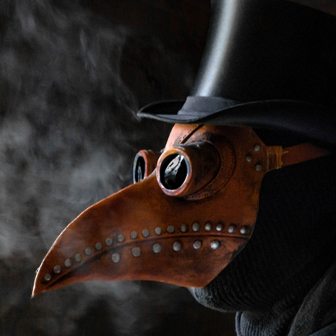 There is a broadly-held axiom that historians require around thirty years of distance from the events they are describing before they can write truly objective historical accounts. This is generally speaking correct, not least because many governments do not release restricted access documents for at least thirty years. Children, on the other hand, spend their time making sense of the world in which they live and have to do so immediately.

This article adopts the stance of a child to try to make some sense of the topsy-turvy world of COVID-19. To do so it will look at some aspects of the epidemic through the lens of a child’s perceptions, referring to a number of well-known children’s stories and narratives. The context is the North of Italy, the first European country to be affected by the disease on a large scale and the first where the whole nation was placed under a massive lockdown.

The virus might be a new disease from the clinician’s point of view, but the children’s world in Italy is full of echoes of other similar pestilences from the past.

One of the best known of the masked figures of the Venice Carnival, for example, is that of a man dressed in a long black cloak and hat, wearing a seemingly bespectacled, usually white mask, with a long tapering bird-like beak. Although this mask might seem quaint and strange to us today, it recalls a figure who would have been familiar to those living in North Italy in past centuries, the medico della peste (plague doctor).

Highly specialised and exercising an essential and dangerous professional role, some of the plague doctors were among the medical superstars of their times. The long beaks of their masks were filled with aromatic herbs and spices (such as juniper berries, mint and cloves) and strong scents (such as ambergris, camphor and myrrh). The crystal discs served to protect their wearer’s eyes.

At the Venice Carnival they are a figure of fun, but they are a reminder of a figure associated with times of fear. These days the carnivals in Italy have increasingly become a holiday for children and an occasion for them (as well as for adults) to dress up. This year, however, the country’s carnival festivities have been cancelled due to COVID-19; nonetheless, facemasks are everywhere to be seen and public spaces smell strongly of disinfectant, if not of medicinal herbs and spices.

Soon after the quarantining lockdown started in Italy on 9 March, a group of parents and children started the andrà tutto bene (everything will be all right) meme. Hand-made posters with the pretty rainbow symbol and this optimistic slogan appeared all over the country in the windows of houses and in the social media.

However, the children themselves disappeared from the streets, as the schools and parks, even the playgrounds, were closed down. It was almost as if the Pied Piper of Hamlyn had reappeared and charmed the children away from their homes to follow his music. The only constant reminder of the children’s hidden presence were the brightly coloured posters.

Psychologists tell us that children are resilient and that coping with a little adversity can be often be advantageous to their growth. Children are used to dealing with difficult narratives in the stories that they read and the films that they watch. Indeed, they constantly face evil characters and ogres through such media. These might be terrifying figures like the Pied Piper – who from heroic rat-catcher (not forgetting that the rats might have carried the plague) became the massive abductor of children, attracted by his seductive music. They might be more recent – but perhaps even more frightening – figures such as Sauron, Darth Vader or Lord Voldemort.

But children also have important physical and psychological needs and to be successful these fictional narratives usually have to have happy cathartic endings. Through them children learn to cope with the scary dark riders and dementors and to live with their fears and their nightmares.

There is curious interplay between the world of children and that of adults. Often the two worlds merge and mix, also in the narratives, where the evil characters are usually adult (although not always: think Draco Malfoy or the Artful Dodger). The adult world supposedly protects children. Indeed, such protection is clearly set out in the United Nations Declaration of the Rights of the Child which lays down the importance of looking after the best interests of the child.

Just who is being protected?

Unlike the adults, children were completely confined to their homes. Yet, as the events unfolded, it became increasingly clear that those most at risk in Italy were the elderly (the average age of COVID-19 mortality in Italy is around eighty) and those at risk due to existing ailments, while the children themselves probably had little to fear from the pandemic.

It even seems unlikely that they spread the disease. Some children, their families and educators might have justifiable doubts as to whether the Government has in actual fact really been protecting their best interests. Should they have been confined to their homes, excluded from their playgrounds, schools and friends for so long? Who have the authorities actually been protecting, the children or the country’s ageing population?

In any case, the arrival of COVID-19 seems to have taken the world’s governments by surprise. Their expensive weapons and defence systems are powerless against the minuscule virus, invisible to the human eye without a microscope. Even their healthcare systems were, for the most part, unprepared.

Three images from children’s literature come to mind. The first is that of the wizard Merlin’s animal transformation duel with the witch Madam Mim in the 1963 Disney film The Sword in the Stone, which he finally wins by changing into a tiny germ which infects the “dragon” Madam Mim, who has no antidote.

The second is the absurdity of the Emperor’s new suit in the Hans Christian Andersen fable, where only the child has the courage to tell the Emperor the truth: that he has been hoodwinked by the trickster tailors and that he is actually walking around in the nude.

The third is the Italian tale of Pinocchio, where many of the adults, such as the Fox and the Cat, are particularly deceitful in their treatment of the ingenuous child.

In Italy, as elsewhere, the politicians and demagogues continue to make persuasive promises about a rosier future, but also to bicker and score points off one another. The media are full of stories of conspiracy theories and fake news. The scientific and medical experts appear to disagree and bicker too. So who should a child trust? Which experts are right? There have always been tricksters and charlatans. The story of Pinocchio is particularly apt in this regard. In his case, every time he told a lie, his nose grew longer.

We do not know how the historians will narrate the COVID-19 pandemic in thirty years’ time, but it will certainly be interesting to see how the “new normal” evolves.

For the moment, if we focus on the concept of intergenerational fairness, a number of pandemic “winners” can be identified: the virus itself, the Internet providers, the smartphone and tablet companies, the supermarkets and the delivery companies, to name but a few. There are also many losers: the deceased, the elderly, the high street stores and so on.

Where do the children stand? Are they among the losers or the winners? As usual, the intergenerational playing field seems to be tilted unfairly against the young. Yet, they could arguably be among the winners as the grim reaper seems to prefer the elderly and children’s natural resilience equips them better perhaps to make sense of the world around them.

Will everything be all right – andrà tutto bene? Who knows. Reality has fewer happy endings than literature, but hopefully this story will unfold well. In any case, it will be interesting to observe how the children’s narratives evolve. Will, for example, COVID-19 figures feature in future Venice Carnivals?