Although Maria Lenk’s passport says “German”, she considers herself European through and through. But COVID-19 has tested the unity of the European Union, and as well as faith of young people in its institutions. Now is a critical moment to address this deficit. Maria advocates for the interests of young and future generations as member of the Germany-based Foundation for the Rights of Future Generations (intergenerationaljustice.org). 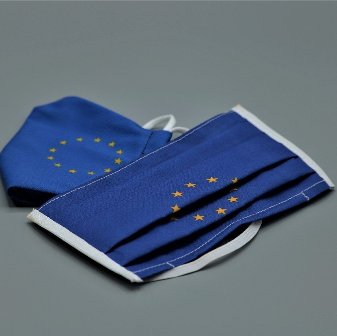 When Germany’s youth was asked which topics they feel most strongly about in last year’s Youth study (Shell Jugendstudie), a striking 92% expressed a positive view of the European Union.

Many young Germans value the advantages of the EU: a Europe without borders, in which we can travel freely, study or work just like in our home country, a Europe quite literally “united in diversity”, a Europe of democracy, freedom, peace and solidarity. To our generation these are no doubt the greatest achievements of the European project.

And then came Brexit and it felt like watching a nasty divorce unfold in the immediate family. And just when we thought “Whatever happens, we will get through this” – the corona pandemic hit.

In a frenzy of panicked uncertainty, after almost 25 years, Europe closed its internal borders. And all of a sudden, this European project that was so easy to take for granted came to a screeching halt as each country seemed to – at least a for a couple of days – put its own interests first.

No solidarity, no unity, no coordinated actions, but rather everyone for themselves.

Even worse, some matters such as the question of financial solidarity in the face of the pandemic amongst the 27 member states became an apple of discord between countries like Germany and Italy, leading to feelings of resentment and abandonment. “The virus removes the heart of the Italians from the European dream”, read a headline in the Italian newspaper La Republicca.

At the same time, a statistic shows that trust in the European Union and in national governments has dropped to a dramatic low in traditionally pro-EU member states such as France, and people across Europe are raising questions about EU actions during the pandemic.

And while our generation’s beloved European project seems to reach the second pivotal moment in just three short years with the potential of becoming a turning point, the young generation – at least in Germany – seems forgotten altogether.

While the German government passes one dizzying stimulus package after another and – my personal favourite – decides to subsidise the purchase of a new electric car with up to 6,000 euros, Germany’s youth is facing not only a major economic crisis but also billions of euros in added national debt.

Furthermore, as COVID-19 has devastated the labour market and supercharged the precarious job economy in which young people are used as cheap and disposable labour, they face multiple shocks, namely the disruption to education and training coupled with employment and income losses and greater difficulties in finding a job.

The same is true for the entire EU where the pandemic and lockdown restrictions have put 25% of jobs under threat, resulting in a youth unemployment rate of 15.4 %. Not to mention the still looming but seemingly all-but-forgotten climate crisis.

All in all, our generation’s outlook on the future seems rather dire right now. A welcome breeding ground for populism and euroscepticism.

Youth: the future in our hands

This is exactly why young people should be recognised as agents of drive for the European movement and should have a voice in the recovery process that will define our future, especially on the European level.

From this point of view, this crisis also offers – as overused as that phrase may seem these days – an opportunity: to innovate, to invest in education and research; to strengthen the European identity and to bridge the gap between the EU and its youth.

As Germany takes over the EU Council presidency for the second half of 2020, the goal should not only be to reboost Europe’s economy but also to pave the way for a Europe that tackles issues that are important to Europe’s youth.

Let us hope that building a “Next Generation EU” will become more than just a symbolic title of the EU’s planned recovery package.