Journalist Kevin Carey (@kevincarey1) has put together an interesting social media thread on the conflict between universities and students in the US. Liz Emerson, IF Co-founder, ponders what lessons UK higher education leaders could and should learn 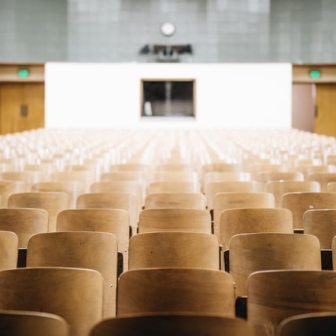 According to Kevin Carey there is growing conflict between students and institutions as university leaders attempt to defend the very high rates of university tuition charged in the US. In a Washington Post article, the University System of Maryland Chancellor, Dr Jay A. Perman, is cited as saying that what students are paying for is essentially a range of credits that ultimately lead to a degree, regardless of its format, that then gives access to good jobs.

But, as Carey makes plain, teaching alone is not what universities “sell” to students. A myriad of physical goods are also offered: access to impressive grounds and buildings; sports facilities and playing fields; libraries and computers; design studios and science blocks; as well as halls for accommodation and catering. The list goes on.

Of course, in a pandemic world, students cannot access any of these goods so why should they pay for them?

There is another range of intangible goods that universities go out of their way to sell to students as part of the overall package of a university “experience”.

These include becoming part of a family, joining a club or community, and/or making life-long friendships with people from different backgrounds and different cultures – all of which adds to the rich tapestry that makes up much of the social capital that comes from going into higher or further education.

Of course, in a pandemic, students cannot access this social capital so why should they have to pay?

And what Carey is leading to is this: much of the justification for the very high fees institutions charge is no longer defendable.

It seems obvious that discounts should be given when the accepted “traditional student experience” upon which most higher and further institutions trade cannot now be delivered.

Back home there is a resounding silence from central government over what a new student finance offer should look like. Just this week the Student Loans Company started to urge 2020 students to apply for loans.

It seems wholly unfair to expect students to sign up for the same fees as in a pre-pandemic world, for a university experience they simply cannot buy.

If an older person was encouraged to sign on the dotted line for a social care package, the cost of which they did not know, there would be nationwide outrage. Why then should young people be treated differently? It is obvious that “business as usual” cannot continue.

Instead, Universities UK (UUK) have pleaded for a £2 billion-plus bailout.

The cynics among us might suggest that any bailout will not be seen by students but instead will go to service debt interest payments due on the millions of pounds worth of vanity expansion projects led by over-paid Vice Chancellors. Do remember too that nearly all English institutions rushed en masse to the maximum possible tuition fee level of £9,000 back in 2012 when fees were tripled!

English institutions have also performed a spectacular U-turn on student cap numbers. For years the higher and further education sector had called for caps to be removed on student numbers so that institutions could be allowed to expand. Now these same institutions are demanding a tighter cap on students. Why? Simply put, poorly performing providers might otherwise fail.

The UK must do better

We want to see a fairer student finance offer to students, one that acknowledges that this year’s intake will simply not have the same student experience.

Nor should this year’s domestic students have to foot the bill for the evaporation of international student fees, on which so much of our bloated higher education sector has come to depend.

Isn’t it time instead for universities to realise that we’ve spotted their Emperor’s new clothes – and to serve the next generation of students better?