A personal blog on how #lockdown is affecting younger family members, by an IF supporter – who wishes to remain anonymous so as not to embarrass her kids! 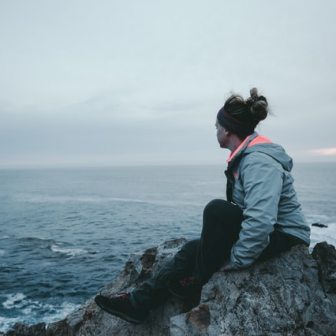 It’s day-god-knows of #lockdown and my daughter has announced that she is lonely.

In spite of daily Zoom and Houseparty catch-ups with friends and family, a weariness has set in. She, and her friends are cut off from all the highs and lows of normal school life – the gossip, camaraderie, arguments, daily structure and physical contact that comes with it.

The reality is starting to sink in – when will this end?

At 18 years old she should be revising hard for A Levels, complaining about how nice the weather is, and how unfair it is to revise for exams as summer starts to unfold. I should be shouting at her to knuckle down and stay with the programme; encouraging her to keep focus as the end is in sight and a hazy, lazy summer of lolling about, interrailing, possible romance, and semi-independence awaits. That rite of passage has been taken away from her, and from her entire school year across the nation.

She had saved up, by working for the last few years, to pay for the train ticket, hotels, and travel. A route had been planned and itinerary confirmed. Eastern Europe was going to be travelled, different cultures experienced, and her horizons expanded.

Instead, an anxiety has set in about her future. What is going to happen to her grades? Did she do enough in terms of course work, predicted grades and mock exams? Was it wise looking back to want to take a gap year now that travel is highly likely to be curtailed or even frowned upon in a post-pandemic world?

She had great plans to go to work in Spain in order to become semi-fluent in Spanish. She also had great plans to combine that with some valuable work experience, while taking a well-earned break from academic study before starting again at university.

Meanwhile, my son is in his last year of university. He should be focusing on finals but he has had very little teaching since January thanks to university strikes over staff pay and pensions, the proponents for which coerced students into supporting them – and then COVID-19 hit.

He is not a “gilded Millennial” – he’s had to work McJobs and night shifts, often getting home at 2am, in order to be able to afford to live while at university. He’s maxed out his maintenance loan and taken as much credit-card debt as the card issuer would allow, because the Student Loans Company doesn’t take family break-up and non-maintenance support into account.

He has suffered emotionally and financially but is still within touching distance of gaining a first-class degree. I should be applauding his resilience and tenacity and reassuring him that the final push to Finals will lead to a sun-soaked summer of end-of-university parties, graduation, and the excitement of a first proper pay cheque.

That rite of passage has been taken away from him.

And we are the lucky ones

I understand only too well how my family’s story smacks of middle-class indulgence. I know that 1 in 3 children are growing up in poverty in the UK. I know that the 50% of kids who do not go on to higher education will be facing economic Armageddon and an economic scar that could impact their future prosperity for years to come thanks to COVID-19.

I know that other generations are suffering too and that this is not a World War where hundreds of thousands of young lives have been lost.

But there is something particularly poignant about these dashed hopes and dreams, and fearfulness of the future, that society has to acknowledge.

We must put young people first as we come out of lockdown.

We must invest in, not invest from, their plight. That means a radical new student deal from government and universities, not merely government giving cash that gets universities out the financial holes they dug for themselves by cheering on the tripling of fees, going on insane spending benders on vanity building projects, and failing to rein in their most senior leaders’ profligate pay and perks.

The time for reckoning has come. Dare we suggest that the marketisation of higher education has failed and now is the time to consider a fairer approach for the kids?