It is Earth Day on 22 April – and the 50th anniversary of the first in 1970. Concerns over climate change may have been temporarily eclipsed by the COVID-19 virus, but – as the writer, young mother and IF supporter Melissa Jane Knight tells us, in this personal take – the COVID-19 crisis cannot obscure the greater threat to our planet. In fact, it could galvanise all generations to focus on it more 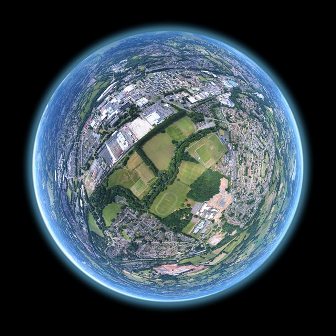 While neck-high in nappies and lockdown toddlers, I’ve been thinking about the intergenerational aspect to dealing with COVID-19 vs climate change. Or put another way, people’s health vs the planet’s.

Many are asking why the response to this disease has meant more than decades of scientists telling us to reduce the planes, the unnecessary travel and to slow down our lives to slow down CO2 emissions.

Perhaps because COVID-19 is an imminent threat, seen in real time while world meters tick-tock the numbers as the death toll rockets up its exponential curve.

The health of the planet – like my mother’s diabetes – is making a more slow and seemingly less tragic death, but a dying is happening nonetheless. Animal and plant species are still in collapse. CO2 emissions are still dangerously high. Reliance on oil – still the go-to fuel.

And like my mother’s Type 2 diabetes, the planet’s demise has always been a preventable death.

Our minuscule response to climate change is like that experiment of putting a frog in cold water and gradually warming up the water – so slowly that the frog doesn’t jump up and away. Instead, the poor thing croaks it. Dead.

Our response to COVID-19 is more like the frog plopped straight in the hot stuff who legs it out of there.

For all its cruel devastation, COVID-19 has shown us the benefits of restraint. It’s like what doctors might tell anyone with Type 2 diabetes: stop eating what’s bad for you. Let the body recover from overstocking.

The world simply can’t take so many planes and ships and cars and cow farts.

And the world is on a kind of fast now. Millions of us are grounded. We’ve had to stop taking from our exhausted atmosphere and it’s showing pretty drastic results.

The Himalayas can be seen by people for the first time in India. In just a matter of weeks, air pollution has dropped in China to levels hoped for in years to come.

The River Spree, in the heart of Berlin (where I live), is so clear amid the lack of boat tours that you can clearly see the rocks below. Rare sea turtles are thriving in Thailand due to empty beaches.  Lions sleep on tarmac roads in South Africa. Goats hang about the quaint villages of England.

And while COVID-19 claims the older generation more than any other, government bailouts suggest the younger generations will be footing the bill, again.

The young folk are already paying, losing their insecure jobs with no furlough. It’s not the old with paid-off mortgages and guaranteed pensions who are coming unstuck. It’s the young who are desperate, with failing rent and bill payments. And those holding onto their roles are stressed trying to juggle the working day amid losing invaluable childcare as nurseries are closed. No grannies able to help homeschool the kids.

We owe our future children a cleaner, healthier planet. And COVID-19 has shown us that big, dramatic, positive changes can be made in such a very small amount of time.

Don’t let the young and the planet pay for what is ultimately a preventable death.