Extraordinary measures have been put in place to try to slow down the spread of COVID-19, which have made it much harder for many self-employed workers to earn a living. David Kingman looks at how much impact the government’s new COVID-19 mitigation strategy could have on young workers who fall into this category – who may not have much of a financial cushion to tide them over until things improve 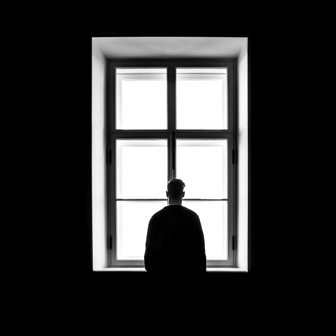 We live in extraordinary times. Around the world, governments have responded to the COVID-19 crisis by imposing draconian restrictions upon their citizens’ freedom of movement and association, which have severely curtailed many people’s ability to earn a living in the way that they normally would.

While from a public health perspective it is vital to prevent the NHS from being overwhelmed by having to care for too many patients who become severely ill with the symptoms of COVID-19 at once, the scale of the economic damage which these measures are doing to the UK and other affected economies is staggering.

Just to give one illustration, almost a million people have successfully applied to claim Universal Credit (the UK’s main unemployment benefit) in the past two weeks, which is roughly ten times higher than the number of people would have been expected to have applied during the same time period under normal circumstances.

The government has rapidly designed a wide-ranging policy response which is supposed to try and help cushion the blows being suffered by workers and businesses under these new restrictions. However, some critics have argued that these emergency measures don’t go far enough, and there is a danger that people who belong to certain groups within the economy are likely to suffer considerable hardship until life returns to normal.

One group which has been repeatedly singled out in this discussion is self-employed workers who earn a living in the so-called “gig economy”, a sector which is characterised by a disproportionately youthful workforce who do not normally benefit from most of the protections which are given to workers who are classed as employees.

This article will take a look at some of the available evidence to see what we know about self-employed young workers in the gig economy, to explore whether the government’s response to COVID-19 might leave them at a disproportionate risk of suffering economic hardship.

How many young self-employed workers are there?

This is a tricky question to answer, because working out who to include as “self-employed” is complicated.

For a start, not everyone who might be considered self-employed in the eyes of employment law would actually think of themselves as being self-employed, so just asking people about their employment status might not produce a reliable answer. Workers might derive some income from self-employment alongside having other sources of income as well (“side-hustling”, as it’s sometimes known).

Official estimates suggest that there are about 5 million self-employed workers in the UK. Working out how they break down by age group is trickier, but ONS estimates from 2017 suggest that only a minority of them belong to the younger age groups. They estimated that in October 2017, about 16% of 25–34 year-olds in the UK were self-employed (almost one in six), compared to about 36% of those aged 35–49 and 35% of those aged 50–64.

However, some other sources suggest that there may be larger numbers of young workers who derive at least part of their income from self-employment. In particular, research undertaken by the RSA suggested that nearly one in three of the UK’s 1.1 million “gig economy” workers are aged 16–30, almost all of whom would be self-employed (this category consists of people who earn money by selling their labour through an online platform, such as driving for Uber or delivering for Deliveroo).

It could be that some workers who do these forms of work are not being correctly recorded in the social surveys which are used to produce official estimates because they don’t neatly fit into an established category of employment.

Some research into the phenomenon of “side hustles” has also suggested that younger workers may be disproportionately likely to be working in multiple jobs at once, although this is an issue where different sources of data tell different stories.

If there are large numbers of young workers who rely upon the gig economy to earn a living, then many of these jobs are likely to have temporarily dried up while the UK’s current social distancing restrictions are in place.

The key policy which the government eventually announced was a new grantself called the Self-Employment Income Support Scheme. Under this scheme, self-employed and freelance workers will be able to apply to the government to receive a grant worth 80% of their average monthly profits over the past three years, up to a limit of £2,500 per month.

How this will work is that if somebody who is normally self-employed has submitted tax returns in each of the last three completed financial years, and they made a net profit of £30,000 in each of those three years, then they would be eligible to receive £2,000 per month (80% of their average monthly profit).

The Self-Employment Income Support Scheme looks as though it should offer a lifeline to self-employed workers who might otherwise be facing significant hardship, if their only other source of help during this period was the benefits system.

However, the scheme does come with significant terms and conditions attached to it which also need to be examined.

Firstly, although the government has said that the grants will be backdated to March when they are finally sent out, people won’t actually start getting any money through this scheme until June. Until then they are left to their own devices, but they are allowed to apply for other unemployment benefits to deal with short-term financial needs (although these are far less generous than the new scheme, leaving self-employed young people who can’t do any work potentially facing a significant drop in earnings over the next few months).

Secondly, it’s also worth pointing out that the grants which people receive under this scheme are eligible for tax at the normal rates; to return to the hypothetical example outlined above, a normally self-employed person who received £2,000 per month will in theory have to hand about £314 of that back to the government in Income Tax and National Insurance contributions at some point in the future, although the timetable for paying this has been made more flexible than under normal circumstances.

Of these three requirements, younger workers may be disproportionately disadvantaged by the first one, purely by virtue of the fact that they are likely to have been self-employed for less time than older workers are. It could also be the case that self-employed young workers who top up income from a different source by having a side-hustle which involves self-employment find that they aren’t eligible if they don’t usually get more than 50% of their income from it, so there’s a possibility that their income could still drop by quite a bit compared to normal.

These regulations will inevitably create certain cliff-edges where people will only just miss out on being eligible despite their circumstances being very similar to those of other self-employed workers who are eligible, although the government’s argument is that they are necessary to ensure the scheme is well-targeted and to reduce fraud.

Overall, the government has worked at breakneck speed to create a massive expansion of the welfare state which should enable young self-employed workers to tide themselves over until life gets back to normal, but there are definitely going to be some who will have to endure a significant reduction in their normal earnings over the next couple of months.