Millennials are significantly less likely to own their own homes as they enter middle age than previous generations were. David Kingman looks at how this trend could impact when and how Millennials will be able to retire 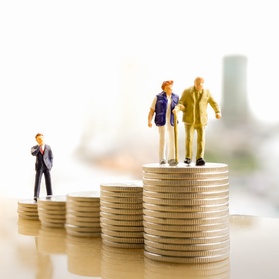 As most of us are aware, since the early 1980s there have been some massive shifts in the types of housing which people in the UK live in.

A combination of government policy and broader economic factors has resulted in members of the Millennial generation (which is broadly defined as those born between 1980 and 2000) being far more likely to live in the private rented sector during early adulthood than was the case for previous generations – and a high proportion of them are likely to remain living in this form of tenure as this age cohort enters middle age, rather than transitioning towards private home ownership.

The problems which young private renters encounter with the high cost, insecurity and low housing standards that exist in the private rented sector are well-known. However, an aspect of the housing crisis that has received much less attention – even though this may be one of its most important long-term consequences – is the potential impact that it could have on how members of the Millennial generation live in old age.

Recently, some new research from the Office for National Statistics (ONS) has looked at this question in more detail; this blog will offer some thoughts drawn from their conclusions.

The term “Millennial” is sometimes used rather carelessly as a general catch-all appellation that applies to all young people. However, it’s very important for people to realise that the oldest members of the Millennial generation are actually about to start turning 40 – which should mean that their concerns and priorities are starting to shift towards those which are traditionally associated with middle age.

Not least among these is likely to be planning how they are going to support their incomes after they stop working, which has been made significantly more complicated for the MIllennial generation by the decline of defined-benefit pension schemes (which promised a guaranteed income throughout retirement) and their replacement with defined-contribution ones (which provide no such guarantee; the risk of not having enough money is transferred from the retiree’s employer to the individual).

Yet for those members of the Millennial generation who are still renting their accommodation from private landlords as they enter middle age, difficult decisions await regarding whether they should try and prioritise saving towards a pension or eventually getting on the housing ladder.

A high number will find themselves in this position. As the ONS research shows, half of people in their mid-30s to mid-40s had a mortgage in 2017, compared with two-thirds 20 years earlier in 1997. People in their mid-30s to mid-40s are now three times more likely to rent than 20 years ago; a third of this age group were renting from a private landlord in 2017, compared with fewer than 10% in 1997.

The barriers which someone nearing the age of 40 who hasn’t yet got on the housing ladder needs to cross in order to do so are pretty formidable. Firstly, they need to have a household income which is high enough to afford a suitable property in an area where they want to live (as the amount that mortgage lenders can lend to potential borrowers is often capped at 4.5 times their salary); secondly, they need to have enough cash on hand to pay the mortgage deposit (often 10–20% of the asking price); and thirdly, they also need to be young enough to pay off a 25-year mortgage over the rest of their working life (which becomes more of a barrier to home ownership the older someone gets).

Although no-one knows how society is going to change over the next 30 years, this situation points to large numbers of Millennials remaining as private renters as they move into old age.

It has been projected that up to a third of Millennials may end up renting all their lives, which would imply a very large shift away from the current situation, as only 6% of over-65s today are private renters, according to the ONS research.

Can Millennials afford to be renting in retirement?

Given that renting is generally the most expensive form of housing tenure, the obvious question that this raises is whether a large proportion of them may be consigned to an impoverished old age if they aren’t able to put enough money aside to sustain their incomes during retirement.

A very concerning projection was recently published by the insurance provider Royal London which concluded that somebody who owns their own home outright at the point when they reach retirement would “only” need a pension pot worth £260,000 in cash terms in order to maintain a comfortable standard of living, given the absence of any housing costs. This sounds like a lot of money, but it should be reasonably achievable for somebody who makes regular contributions throughout his or her working life.

However, the same analysis suggested that someone who is still renting privately when they want to retire would need a pension pot worth almost double that – £445,000 – in order to maintain their standard of living, because housing costs would be eating such a big chunk of their post-retirement pensions.

All things being equal, this is likely to imply a significant rise in pensioner poverty when the Millennial generation reaches retirement. Of course, all things won’t be equal, because 30 years of social and economic change will have taken place by then, but this is still a problem which needs to be taken seriously by both housing policy-makers and Millennials themselves if we want to prevent the worst possible end-result coming to pass.